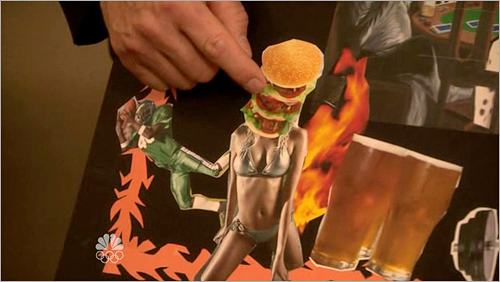 "And this is an attractive lady with a hamburger for a head."

» On Monday, Inside the Actors Studio welcomes…Bon Jovi.

» Omarosa's Ultimate Merger will follow 12 men as they compete for her affection.

» Bank of Hollywood will feature everyday people petitioning for money in front of a panel of celebrity judges, including Candy Spelling and Pussycat Doll Melody Thornton.

• I cannot keep quiet about my obsession with Late Night Black People Twitter
• A British journalist traveled to Baltimore to see if The Wire was accurate
• Yes, There Is A Blow-Up Doll In Modern Warfare 2