I convinced my mother to let me stuff our Thanksgiving turkey with Montreal-style stuffing. 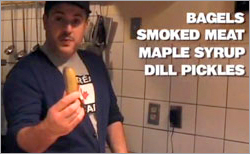 I'll probably end up eating it all myself.

"The last time we spent Thanksgiving at C's house, I kinda…whacked a kindergartner in the back with a remote control."

"He wouldn't stop whining during Saving Private Ryan and I…snapped. Clumsily. Anyhow, can you check if he's attending?"

"I doubt he remembers." 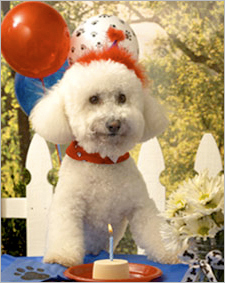 Pooches love Frosty Paws because they are delicious and refreshing. You'll love them because they're a convenient way to share the joy of ice cream with your four-legged friend.

I caught a Folgers ad in which a guy returns home from West Africa on Christmas Day, sees a can of Folgers, and remarks, "Real coffee!"