I knew Will Smith's son was attached, but…

Jackie Chan is playing Mr. Miyagi in the Karate Kid remake? WHAT? 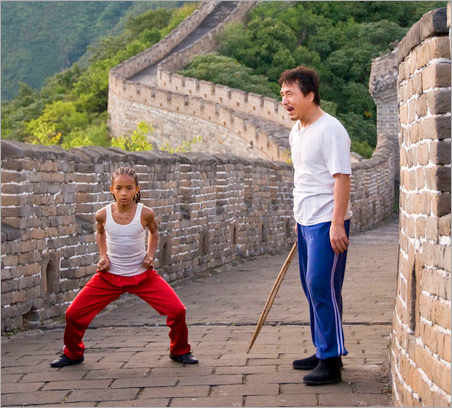 Why are they on the Great Wall? Karate is Japanese! It's not The Kung Fu Kid or The Wushu Kid…

Rob Spence is a Canadian filmmaker who is attempting to replace his prosthetic eye with a battery-powered, wireless video camera. 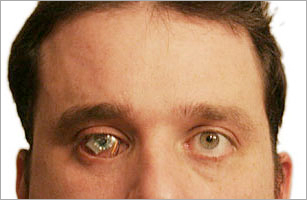 I've long dreamt of seeing with eyes that can discreetly capture fleeting images and moments, so I hope Monsieur Spence succeeds, and his success one day leads to photographic contact lenses.

Film Idea: A special agent loses an eye in the line of duty. Doctors replace it with an experimental camera. He tests it out on an undercover mission.

In one scene, the antagonist temporarily blinds the agent's natural eye and the agent must pursue the antagonist according to directions relayed to him by fellow agents monitoring his artificial eye.

Film Idea: A special agent loses his ability to see colour in the line of duty. Greyscale vision complicates his pursuit of the antagonist – difficulty spotting someone in a crowd, difficulty distinguishing coloured wires.