I understand you wrote two endings to throw people off. What was the other ending?

PHILLIPS: While Dexter was packing to leave, he saw on the television that a child murderer had just escaped from prison. Either escaped or fallen thru the cracks. So he's thinking, "Do I join Rita on vacation or do I…" and then he looks towards the camera and he has this big decision. [source]

The actual ending wasn't much better. 24 already did it!

10. Said kills Adebisi
Oz / S04E08 / 08-30-00
Adebisi was Oz's Tim Riggins, its Omar Little, and he died halfway through the show's run because Adewale Akinnuoye-Agbaje wanted to be in The Mummy Returns. 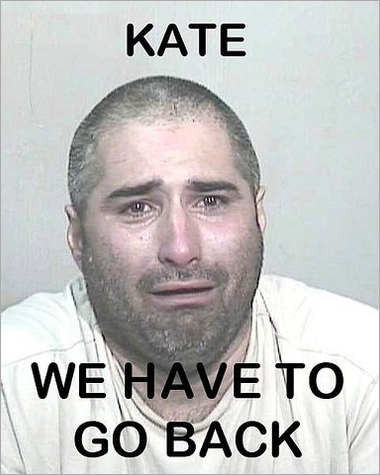 5. Deco "kills" Michael
Brotherhood / S01E11 / 09-24-06
Showtime renewed Brotherhood before this aired, and I wondered how the heck the show's writers would retcon the apparent death of its co-main character, because…brotherhood!

He sure looked dead.

• FASHION HIGHLIGHTS FROM EVERY SINGLE EPISODE OF ROSEANNE
• D Generation X Snugglez Blanket
• This post was tagged with the following: dwarfs, chocolate, TLC