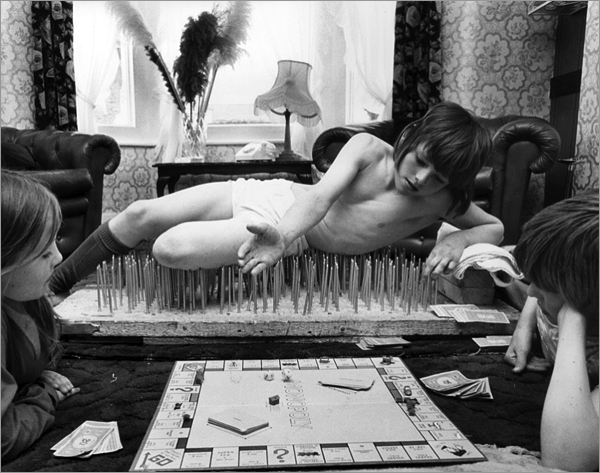 Paramount greenlit a sequel to Paranormal Activity with the director of Saw VI at the helm. It will be released in October against Lionsgate's 3-D Saw VII.

All that's missing is Scary Movie 5.

This DVD is packed with Bam [Margera] and his crew playing paintball and skate boarding in action packed sex scenes. [source]

"They shouldn't ban it. Beer pong is awesome."

Disneyland is offering two free nights if you book three nights at its hotel and buy a five-day ticket package.

What a terrible deal. You need two days (at most) to experience Disneyland, and then you're stuck there, forced to eat losses if you wish to venture outside Anaheim.

When he sat down to eat, he grabbed a piece of steak with his bare hands, pausing only to watch a clip of his acceptance speech playing on a TV behind him.

The producers of the Grammy Awards cannot be happy about this Haiti telethon.