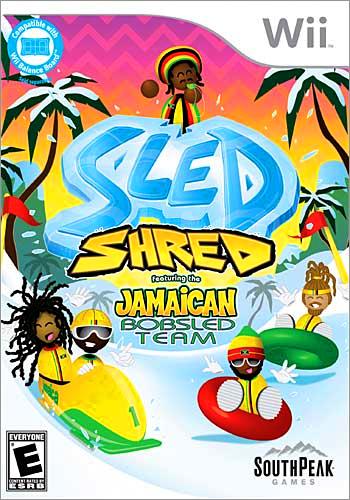 This is an actual video game.

Whenever the Winter Olympics circle around, jokes about how lame curling is annoyingly follow. Curling is no less lame than golf, and, unlike golf, it features the added intrigue of sabotage. If you want to goof on a Winter Olympic sport, goof on cross-country skiing.

Women's Hockey is an Olympic sport?

Odd that China has a women's hockey team, but not a men's one.

Crazy thought: If UNC finishes last in the ACC will conference keep Heels out of Big Ten/ACC Challenge in 2010? Last place is odd team out. [source]

• Toddler crushed by snowman
• Well, I'm officially not sleeping tonight
• The Quest For a Japanese Girlfriend