Canadian accent twister: "Again, sorry about that. Your pasta is on the house."

I caught an ad for some backyard fighting DVDs that quoted Penthouse.

What an awkward description. The adverb modifies the adjective poorly. In fact, I can't think of a scenario where I would use the word "ragingly."

Bar monitors:
» Jay Bilas' hair is thinning at an alarming rate.
» Why are Kiper and McShay arguing about draft picks in a haunted chemistry lab?
» Why is Al Michaels talking to Paul Rodriguez? Oh. That's Mike Eruzione.
» I can't look at Al Michaels without thinking of how ragingly crazy right-wing he is.
» Taylor Kitsch should play Apolo Ohno. 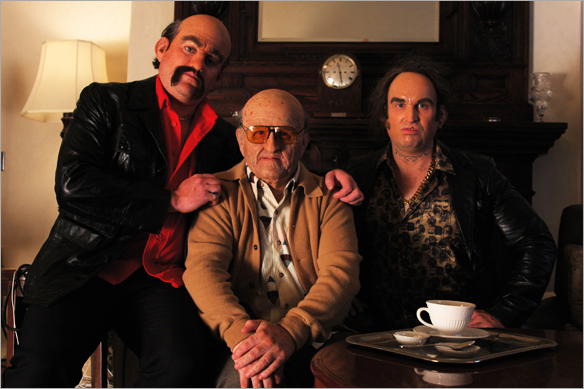 I just learned that they're performing live in Los Angeles on Thursday and in Seattle on Sunday. So close, so f-argh!