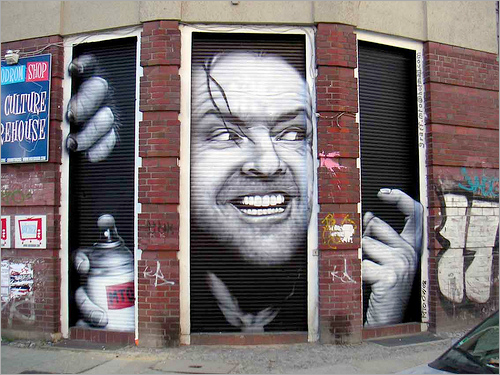 Reality and fantasy entangle in the semi-autobiographical tale of a twenty-something misfit's loopy trip through manhood in El Paso.

I wondered who played the main character and learned during the end credits that Omar plays him! I didn't recognize him at all.

In the polygamist community cultivated by the notorious "prophet" Warren Jeffs, the desire for autonomy means banishment from homes and families. Explore the heartbreaking losses and hopeful determination of a group of teenage boy exiles as they struggle to make new lives in mainstream America.

I wish the exiled subjects were more endearing. Yes, they're courageous, but they're also hard-partying bros.

The Devil's Playground it ain't.

Before an encore screening of The Good, The Bad, The Weird, I mistook the Human Centipede trailer for a "silence your phone" notice.

A searing look at three incarcerated teenagers fighting for their lives and for hope in a brutal and deficient correctional system.

I somehow missed that the actor who plays Spinner on Degrassi: The Next Generation is one of the three leads.

The lead lead, played by Adam Butcher, is a mesmerizing anti-hero.

During the Q&A, a woman opined that the film was more brutal than anything she saw over five [sic] seasons of Oz.

"We must not have watched the same Oz," I thought.