I'm curious how Glee is dubbed for international broadcasts. Do the voice actors sing too? 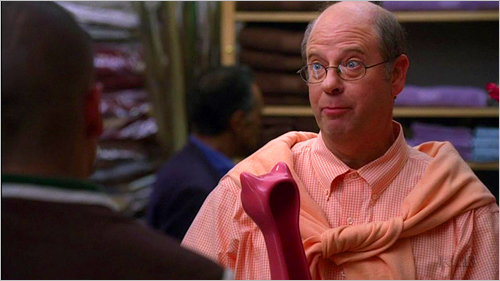 The actor who plays Sandy Ryerson may be the most interesting man in the world.

From his IMDb bio:

Turned down the role of Al on "Home Improvement."

Once held hostage at gunpoint at a supermarket in Dallas.

Was almost murdered twice in one week in Hartford, Connecticut by different people.

Was the lead singer in the first band formed by Stevie Ray Vaughan.

He and David Byrne once stared wordlessly [at] hundreds of pencil drawings for two hours to develop film ideas.

He also records a weekly podcast.