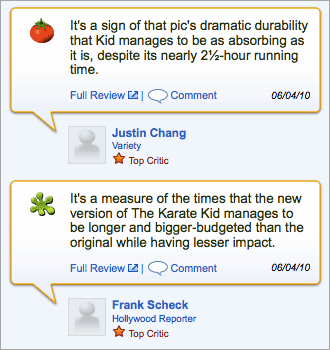 "Hilary Swank is… The Next Best Kid!"

We had a female karate kid before we had a black one.

—the chinese kids are mean

The idea of Chinese kids bullying a black kid (albeit a wimpy one) amuses me mightily.

Racism against black people is the strongest form of racism in China. [source]

"I can swallow white people stealing our women, but…"
"Relax! It's just a dream."

I considered a Kung Fu Monkey joke, but a kung fu monkey is actually part of Chinese folklore.

Will William Zabka direct Steve Guttenberg in a film?