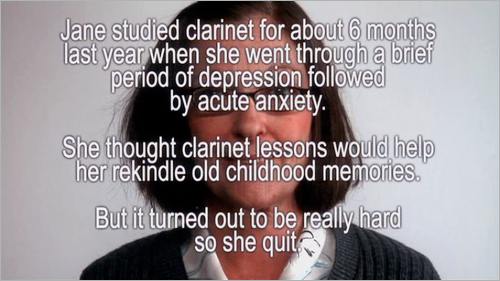 My band The Blond Jews and I are currently prepping our follow-up to 2007's Web-rip 128kbps (NUKED) LP. Its working title is A Heartbreaking Work of Staggering Darkness, and it is a literary concept album.

1. Kilroy Speaks the Truth
2. You're a Good Man, Leroy Brown
3. "FOR MILO, WHO LOST HIS WAY"
4. This Little Piggy Was Struck by a Boulder
5. Super Suicide Society of the Summer Session
6. The Duke and the Dauphin
7. Good Cop, Scheisskopf
8. Killing an Arab (Cure cover)
9. A Screaming Comes Across the Sky
10. A Failed Entertainment

A Failed Entertainment was David Foster Wallace's working title for Infinite Jest. I'm trying to figure out how to annotate the song's lyrics within the song.

"Back on a White Horse" is a double crostic word puzzle, which means the first letter of each word in a line spells a new word, ultimately spelling out his name. [source]