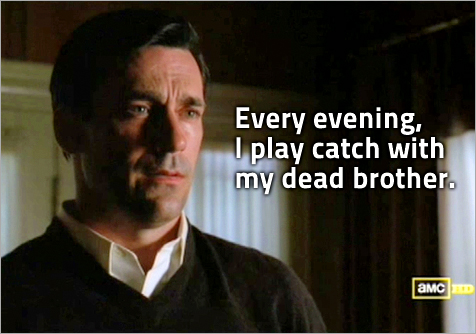 If nothing else, Charlie St. Cloud features the best fraternal line of dialogue since "Your little brother is standing the middle of Afghanistan!!!"

T.I. on True Blood in prison:

They got into that shit heavy. The whole prison damn near shut down. Everybody left off the yard, like, "True Blood coming on!" They went crazy for it.

I don't receive HBO, but his prison does.

To be fair, Armond wrote: "9/11 has unleashed the craziest, most self-destructive liberal fantasies. Salt will probably be taken seriously—unlike the credible and poetic historical satire Jonah Hex."

This week in press releases:

"Every 20 years, a phenomenon like Justin Bieber graces our world. We'd like to believe that the phenomenon of CSI has had the same impact on popular culture. The opportunity to bring them together is a great treat for our audience. This will be true event television." [source]