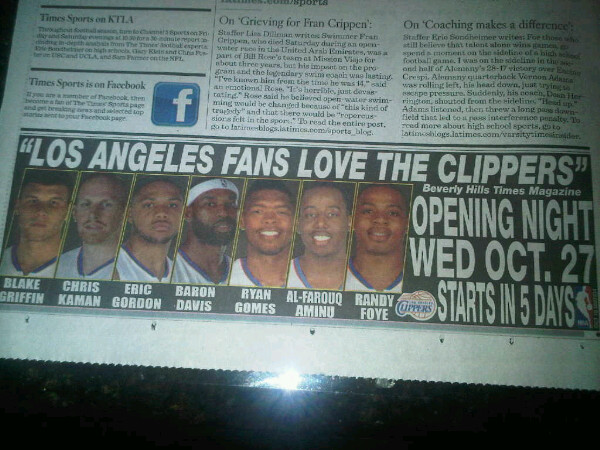 The Clippers are being marketed like a shitty movie.

He also plans to launch a UFC Network to compete with Vince McMahon's planned WWE Network.

My Bears have converted 15 of 84 third downs this season, dead last in the NFL.
Jay Cutler has been sacked 27 times this season, first among NFL quarterbacks by a 7-sack margin.
My Bruins have passed for 732 yards this season, 117th out of 120 FBS football teams.
Kevin Prince ends his season with 3 touchdowns, 5 interceptions, 14 sacks, and a knee injury.
#noonecaresaboutyournightmareteams