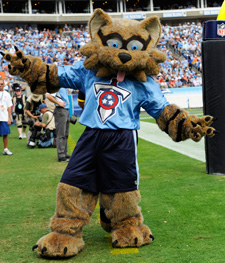 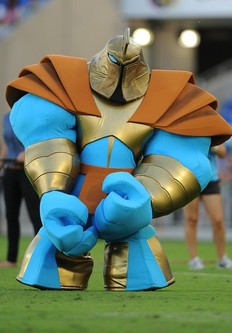 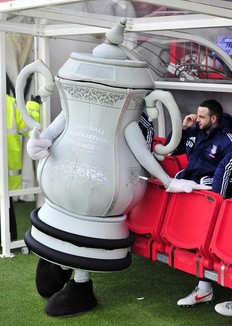 For some reason, the FA Cup has a mascot, and it is an FA Cup trophy.

A Stanley Cup trophy mascot could be fun. Put it between the benches during playoff games.

In January 1994, the Rockies announced the discovery of a dinosaur egg at Coors Field, then under construction. The "egg" was exhibited at the Denver Museum of Natural History.

On April 16, 1994 — the egg was escorted into Mile High Stadium by a National Guard contingent and hatched at 12:49 p.m. Out waddled Dinger. [source]

Dinger: The Gobbledy Gooker of baseball.