November 14, 2010 on Adam Riff™:
I am looking for contributors for my web zine, which I plan to launch in January. Each quarterly "issue" will consist of a variety of content (articles, comics, podcasts, et cetera) that is all, in some way, related to a single theme. The theme of the first issue is sleep.

This would have been the cover of Anhedoniac #1: 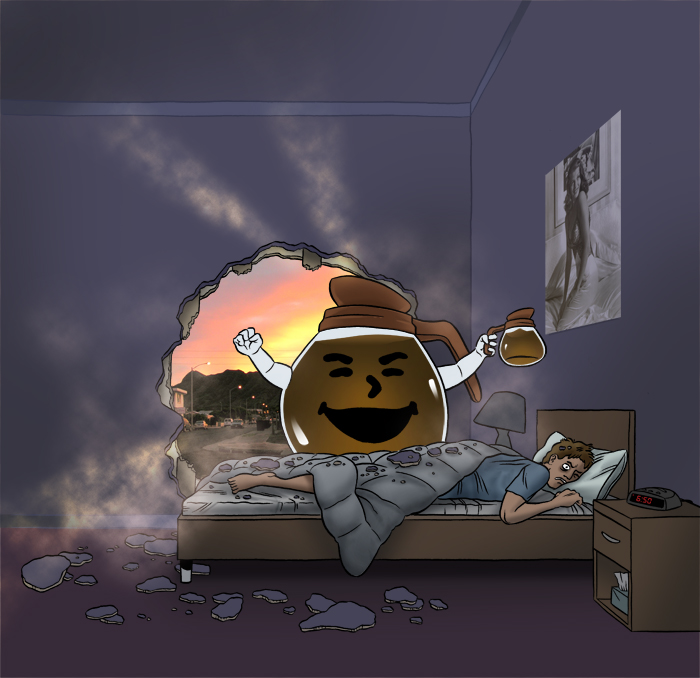 realized by the talented Jon Wilcox

Among my planned contributions:

The centerpiece of the issue was gonna be a longread on my snoring, which I have decided to revive and serialize on Adam Riff™.

So coming soon, in chunks: "Night Terror: The Increasingly Paranoid Slumbers of a Hopeless Snorer" by Jon Yu.