Stout, chocolate, and pretzel is a tried-and-true combination.

The person who made my Elvis shake over-topped it with bacon sprinkles. The bacon was chewy too. 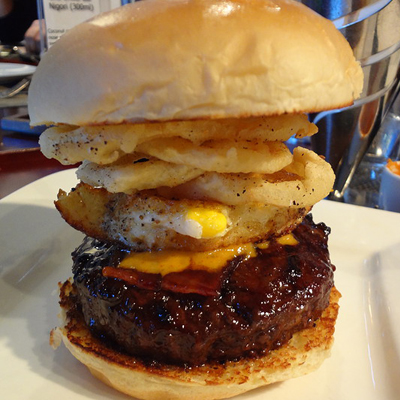 In celebrity chef Disneyland, I had my favourite meal at a nondescript off-Strip strip mall.

It's more of a dipping sauce, like smoked cashews soaked in an ice cream base and then strained out. Served with pleasingly crisp house-made chips. 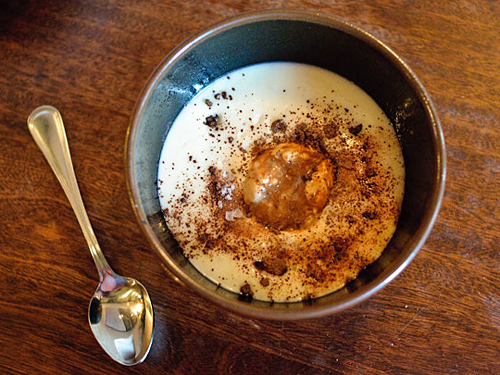 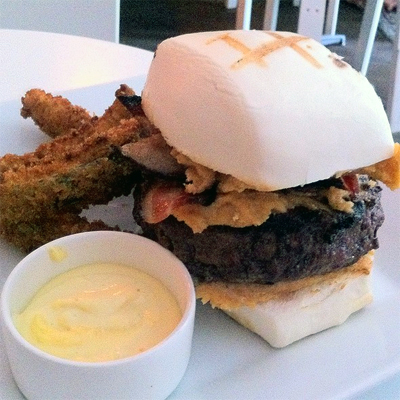 On paper, this entrée does not compute, but it is delicious.

Ample Hills may be my favourite creamery in America – both scrumptious and creative flavours.

"Service" (tip) is included in the price, but not tax.

On the night I visited, the menu featured fancy interpretations of: rainbow sherbet, peanut butter and jelly, coffee and doughnuts, and cookies and cream.

I had to borrow a dress shirt and dress shoes to try the menu, and the restaurant loaned me a dress jacket.

I don't know why I expected something other than tortillas filled with guacamole.

Diabetes in a cup.

Nothing on the menu at Green Dot Stables (food or drink) costs more than $3 – inconceivable!

It's just sourdough bread with chocolate chunks, but it's compulsively edible. I was fortunate enough to obtain a loaf fresh out of the oven. You can order it online, but…mail-order bread? I'm skeptical.

"Peanut Butter Cup"
as a pie

I expected a dessert tasting menu like the one I had in New York City and instead received a plate of muddled hors d'essoeuvres. 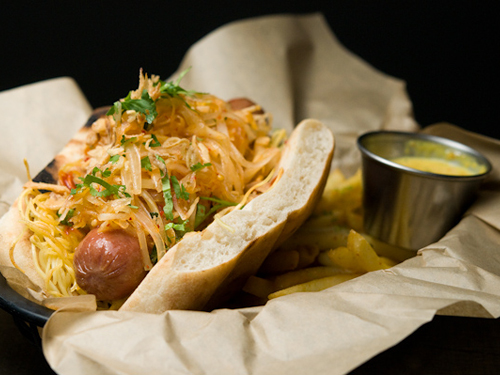 Belly Shack is described as Korean-Puerto Rican fusion. I'm not sure its food is that, but it's yummy, particularly the bread they use. 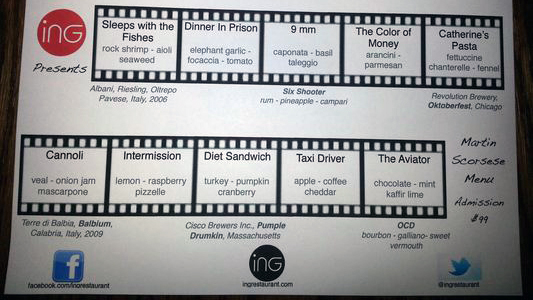 "The candle that's been burning at your table is actually the sauce for this pasta." 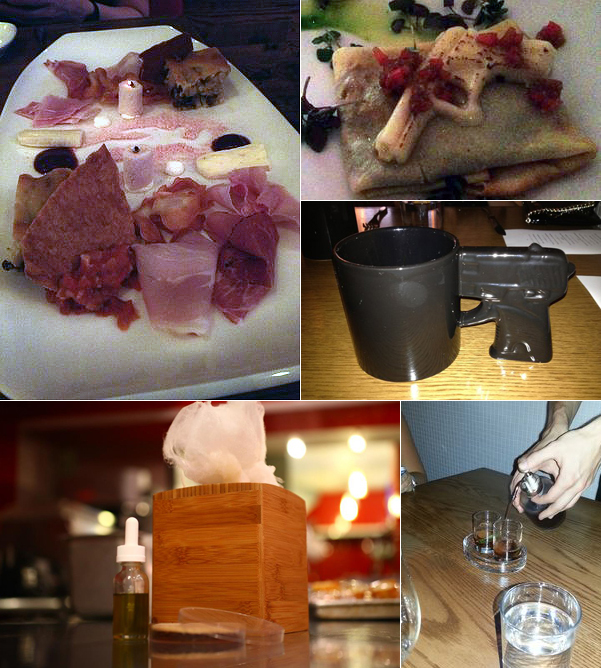 Clockwise from top left: Blowtorched "firecrackers," a chalk outline, cheese molded in the shape of a handgun, a rum cocktail with a beer ice cube in a handgun mug, a bourbon cocktail from a soap dispenser, cake in a petri dish with teardropped flavouring, cotton candy Kleenex.

Didn't finish it. The ratio of curds to fries was like 17:1, and I couldn't detect truffle, foie gras, or beef cheek. It was basically a grossly imbalanced pork belly poutine. I had a far better pork belly poutine on a whim in Michigan (One Eyed Betty's / Ferndale). 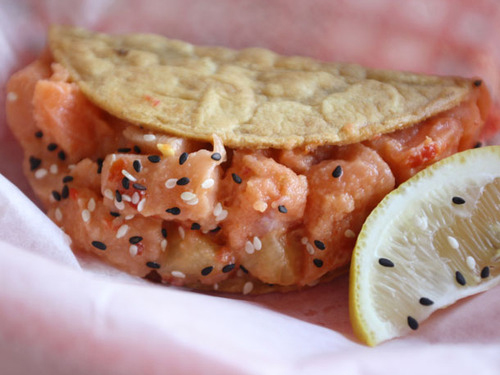 Disappointing. The salmon poke is forgettable, and my soft shell crab taco was unwieldy and cloyingly sweet.

I love ¡Bang Bang!'s biscuits so much, I want to take them behind a middle school and get them pregnant.

For me, their apple pie strikes a perfect balance of dough and filling. 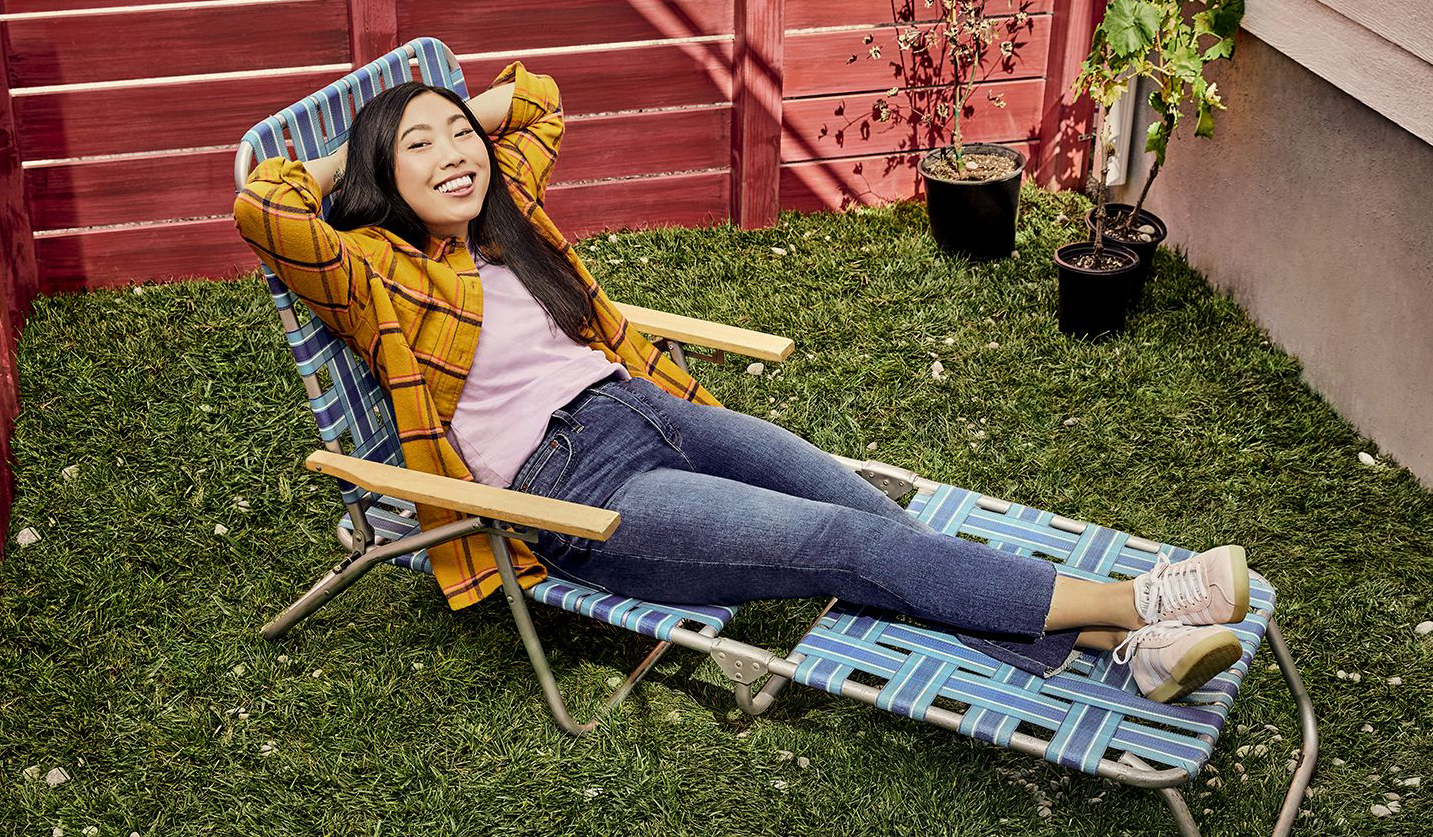