What began as an excursion down to Philly to try Drew's sandwich ballooned into an all-day food crawl, and the latest episode in the "Jon dines out with someone he just met in person for the first time" series.

S02E13: Jon and Dan [and Danielle] eat at A-Frame in Culver City (November 2011)
Dan: I haven't listened to Thrice since The Artist in the Ambulance.

S03E03: Jon and Drew eat at American Sardine Bar, Stateside, Ela, Southwark, and Sbraga in Philadelphia (January 2013)
Jon: [to himself] Did this dude just casually use the word "diaspora"?

I ordered a Turkish mocha one and received and what looked and tasted like a cinnamon brown sugar donut.

"Did she mishear 'Turkish mocha' as 'cinnamon brown sugar'?" I wondered. "Oh well."

[I'm not a finicky eater. I recently received lamb chops that were undercooked, and finished them anyway.]

When I returned at lunch time to try FedNuts' fried chicken, I was offered samples of all three hot fresh donuts, and they all looked and largely tasted like cinnamon brown sugar donuts. 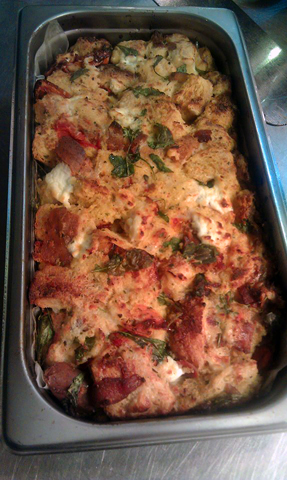 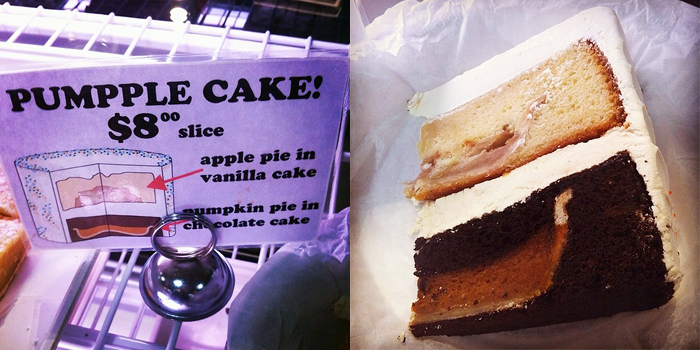 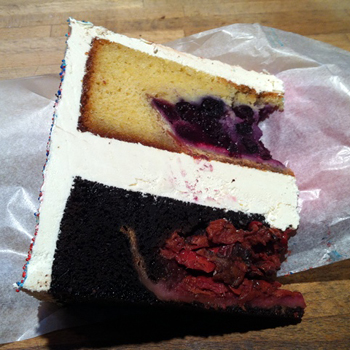 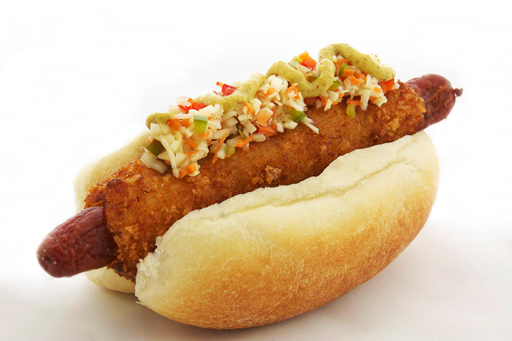 Tasty concoction. I wish the hot dog was plumper, but understand that it had to fit inside a fishcake and then a bun.

I enter. The four people inside pause and stare at me.

I sit down at the bar. 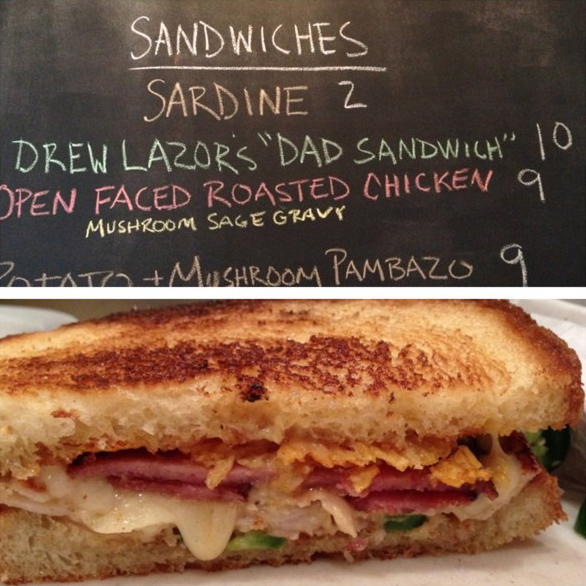 Major Lazor's "Dad['s] Sandwich" (American Sardine Bar)
a grilled cheese on texas toast with slices of turkey and pork roll, cheddar, dijonaise, jalapeños, and a crunchy layer of barbecue chips tucked in between

The main event, and, as merely the January sandwich in a "guest-created sandwich of the month" series, once in a lifetime. Never before, never again.

It was reportedly inspired by Drew's dad. His dad is…Doritos X-13D? I got nothing. 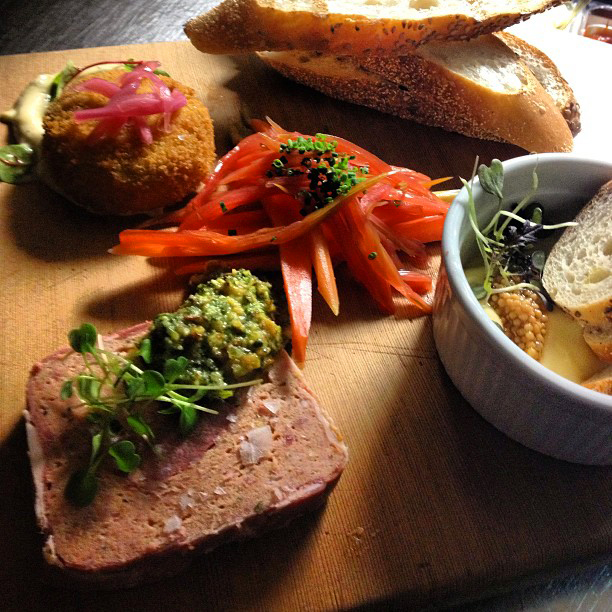 A croquette? Lamb? Mint pesto? It's like the executive chef knew I was visiting when crafting that day's charcuterie plate.

A sous chef then shared a work in progress: 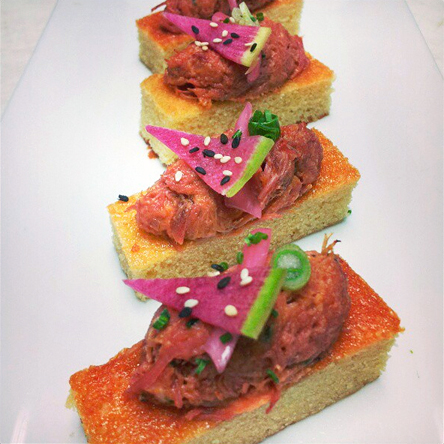 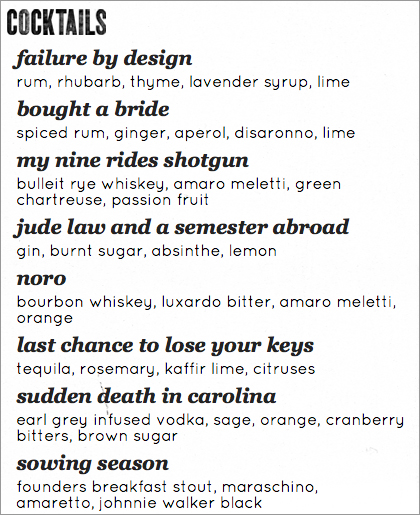 Never mind that its drinks are named after Brand New songs, 20 days later, I am still thinking about my tasting meal at Ela. All the dishes that I tried hit my sweet spot at the intersection of interesting and delicious. (Spicy PB&J soda? Interesting, but not delicious.)

I would travel to Philadelphia just to eat at this place again. In fact, after seeing its desserts, I must: 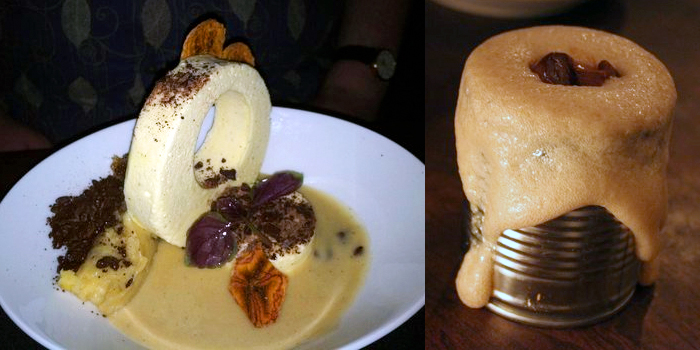 A cocktail and clams – I felt so adult. The drink was practically dry, just as Hemingway liked it.

First off, I support any restaurant that serves popovers in lieu of bread. (see also: Wayfare Tavern) 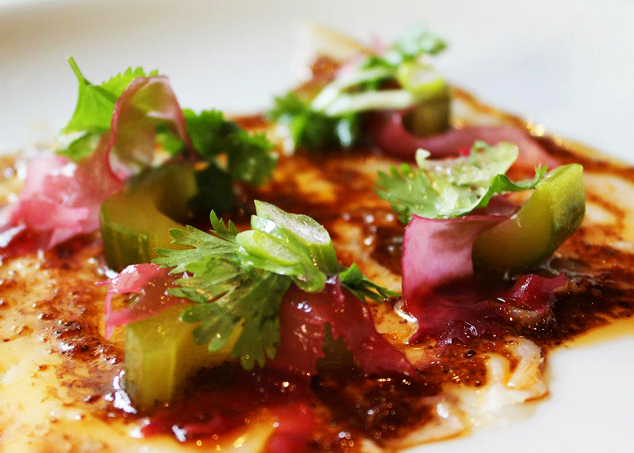 Secondly, I have never had pork belly this way, as thin strips – deli belly.

So this octopus – delicious, but not interesting. I was stunned by how tender it was. I am used to, and am perfectly content, eating chewy octopus – mom's cooking. 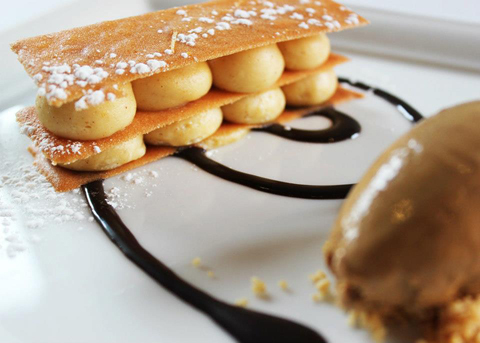 Clear ice, full stomachs, can't lose. I actually had room in my tummy to crawl on, but the last train home beckoned.

I should try to poop before meeting Drew, clear out some space. You can do anything you set your mind to, Jon.

The nearest hotels are in the opposite direction of where I'm headed, though, and I don't want to be late.

Aaand there's a security guard at the entrance. Bollocks. Toward Centre City we go…

Aaand you need to a keycard to access this restroom. Fuck.

[sighs] Sod it. I can poop at a restaurant if necessary.

Wait, I think I passed a Starbucks on the walk over.

This is a swanky Starbucks.

If you had, one shot, or one opportunity, to squeeze everything you ever wanted, in one toilet, would your ass emit, or just let you sit?

Hey, where's my iPhone? Shit, did I leave it in the restroom?

You just had to check Tumblr, didn't you? Eeediot! 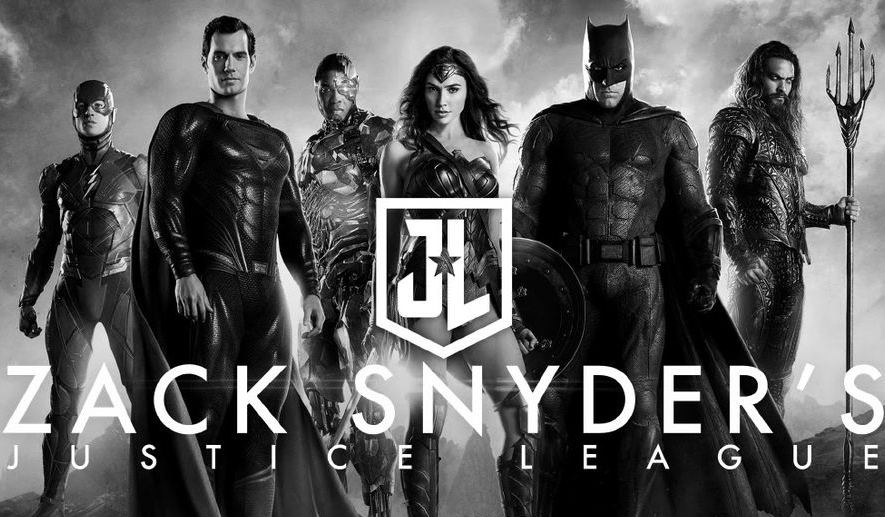