Alright, I have notes dating back to December that I need to unload. 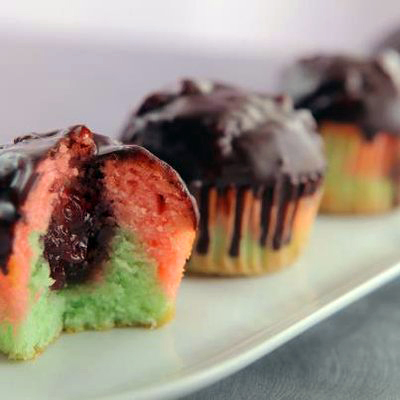 Turkey Mac (S'MAC)
juicy turkey, macaroni, and swiss cheese topped with herbed stuffing and served with a side of homemade gravy and cranberry jelly 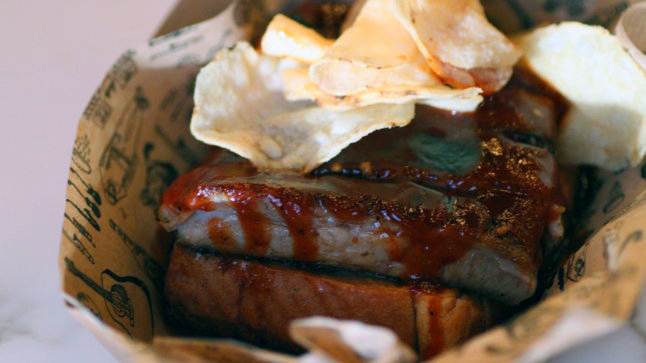 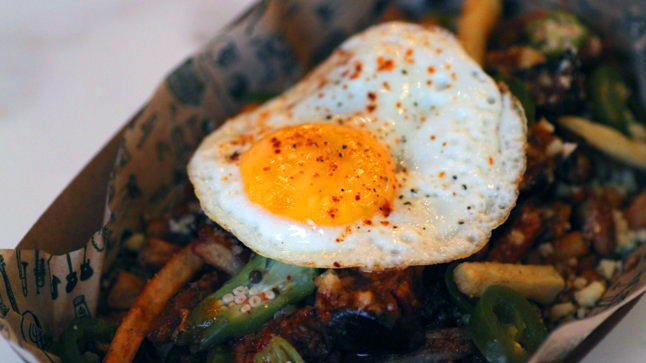 Disappointing curiosities. The ribs were an open-faced McRib, and the fries were poutine sans gravy – an astringent poutine.

S'MAC's macs are better, in my opinion.

A niggardly bowl of ramen. I received like three slivers of Mile End's delicious smoked meat and [cough] insufficient noodles.

Too much of my "Triple T" was cream for my liking, like 66%. To quote Oreo's Super Bowl ad: "The cookie's the best part."

I also would not have layered in caramel Tim Tams. Chewy tiramisu? 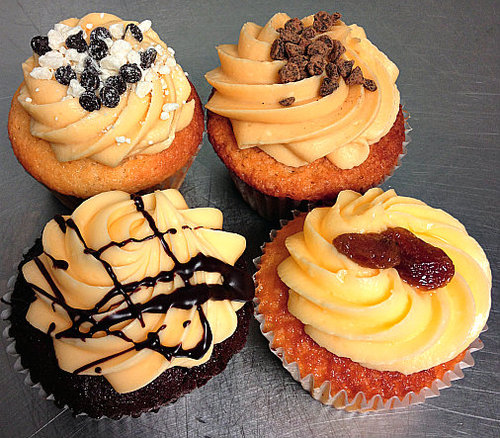 A St. Patrick's Day-themed cupcake quartet. Alas, they didn't taste like anything. Flavours were muddled.

New York City pastry chefs do NOT skimp on whiskey. 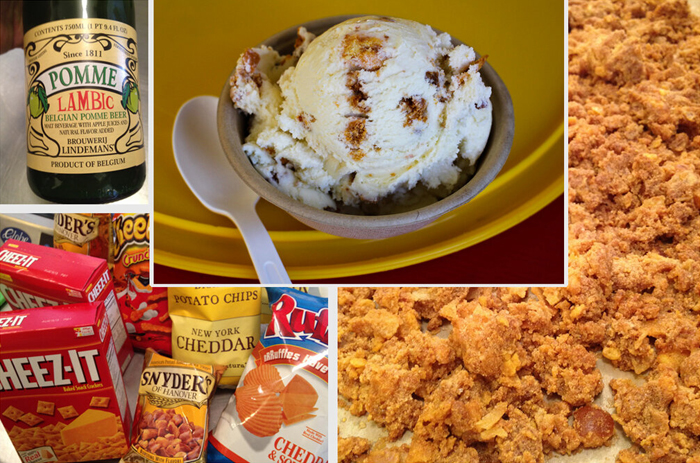 Its description did not compute in my head, but then I tasted it and realized, "Apples and cheddar. Of course." The apple beer ice cream was pleasantly refreshing. 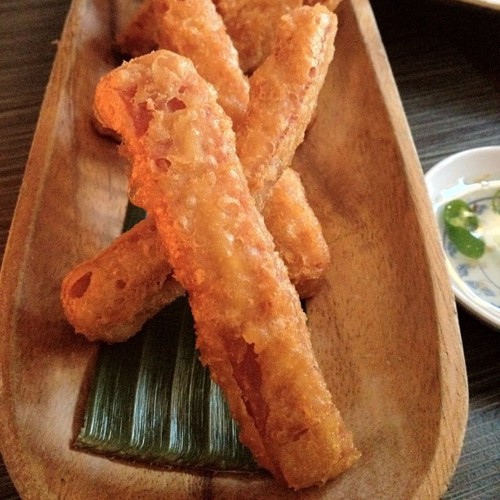 I had to psych myself up to eat them, but ate them all. Just don't think about what you're eating. 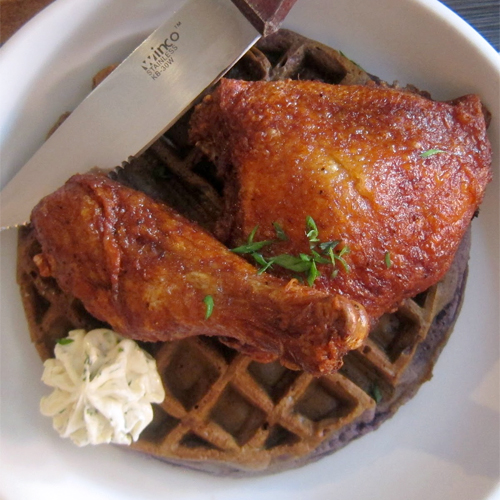 A more faithful variation than (Sweet Chick)'s General Tso's Chicken and Waffles, with waffles made of rice and broccoli.