Then this week, this Sochi men's washroom photo happened: 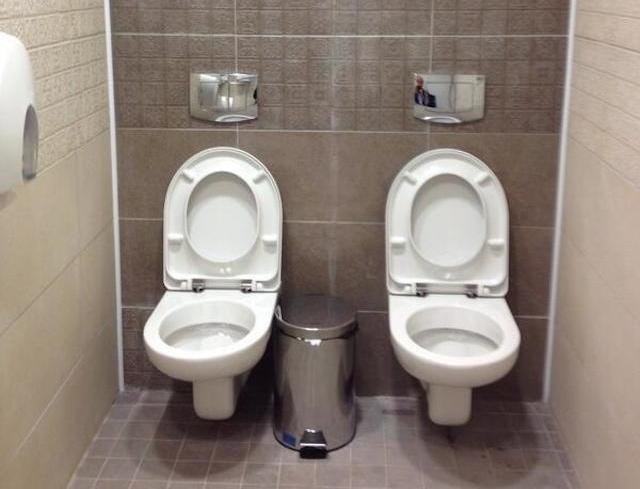 As if a stall door gap isn't discomforting enough.

Assuming that one can lock the stall door, when would two men poop concurrently? Father and young son? Also, the toilet paper seems out of reach. 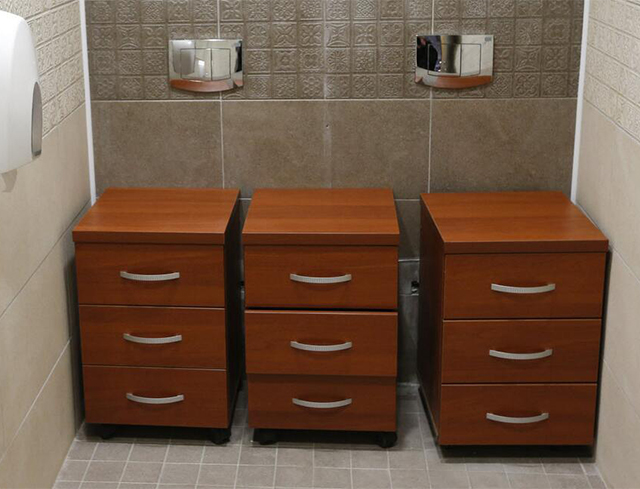 Could've just removed one toilet and deemed it a handicapped stall.

Whenever I pee in a washroom without urinal dividers, I wonder about penis insecurity before urinal dividers existed. Surely it was an issue, and yet, no one thought to install dividers? They can't be very expensive.

What do you think the story is behind the first urinal divider? I imagine, like, a Rosa Parks of communal urination, which, incidentally, is the inverse of Rosa Parks – a white male.

Tired of slinking into a toilet stall to pee…

If I could gain any superpower, I would choose the ability to induce in anyone the feeling of needing to poop really badly.