Eater's Digest: Philadelphia
What began as an excursion down to Philly to try Drew's sandwich ballooned into an all-day food crawl. 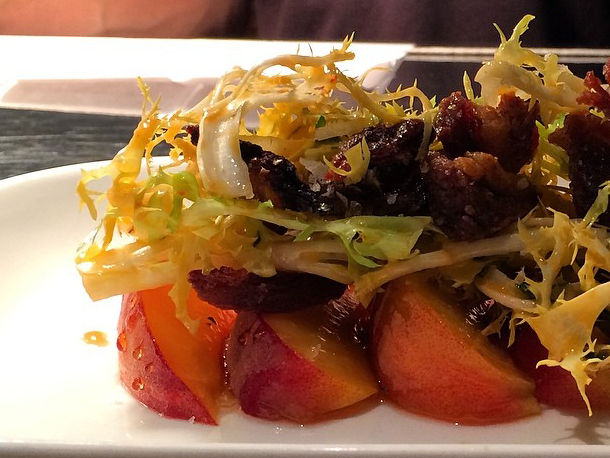 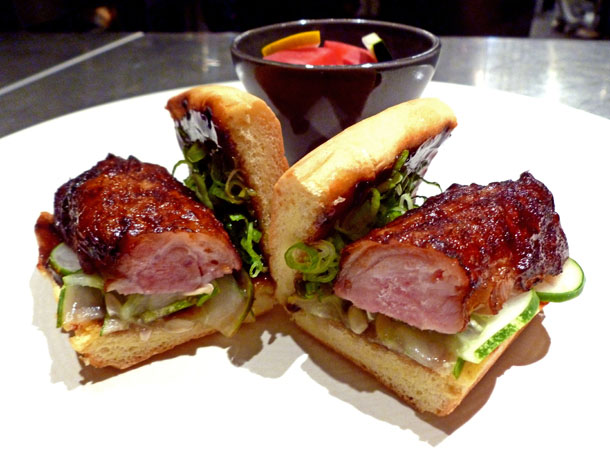 Pizzeria Beddia's hours are wonky, its menu is limited, it's cash only, you can only order in person, and you have to wait about 30 minutes for your order, as Mr. Beddia makes pizzas to order and only has one oven.

Philadelphians, however, seem to want his pizza bad enough that his operation can thrive like this.

I'm a poor judge of pizza – all pizza satisfies me – but JC said that Pizzeria Beddia's pizza was the best pizza that he's ever eaten in Philadelphia, and he's a native.

I regret pacing myself drink-wise and only taking a sip of Drew's Narragansett Shandy. 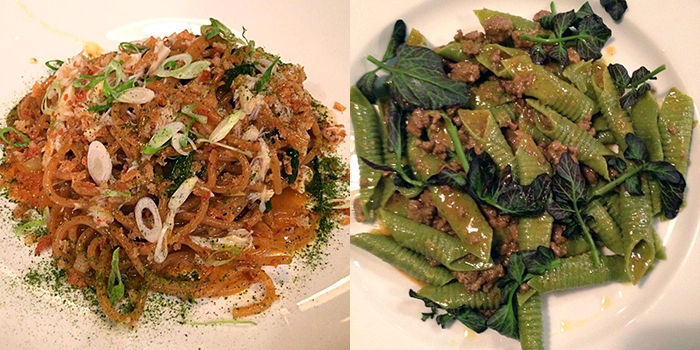 Pasta seasoned with Old Bay and matcha should not taste so anemic. 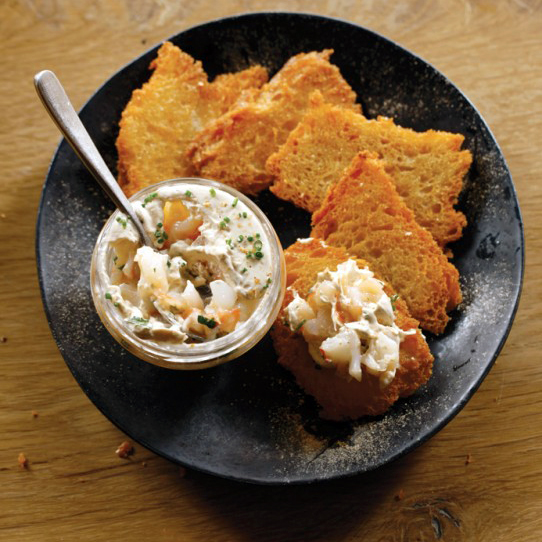 This was delectable, though.

—The smell of Worcestershire sauce reminded Hermione and Laoghaire Krzyzewski of halcyon days charbroiling cicadas along the Schuylkill River.

I effort to try a chocolate pecan pie in every city I visit. Alas, this one was not available when I visited. It's a seasonal flavour.

If not chocolate pecan pie, then bread pudding. My research turned up a Dark Chocolate Bread Pudding in a jar at The Baker's Jar. Alas, it too was not available. Another seasonal item.

I settled for a 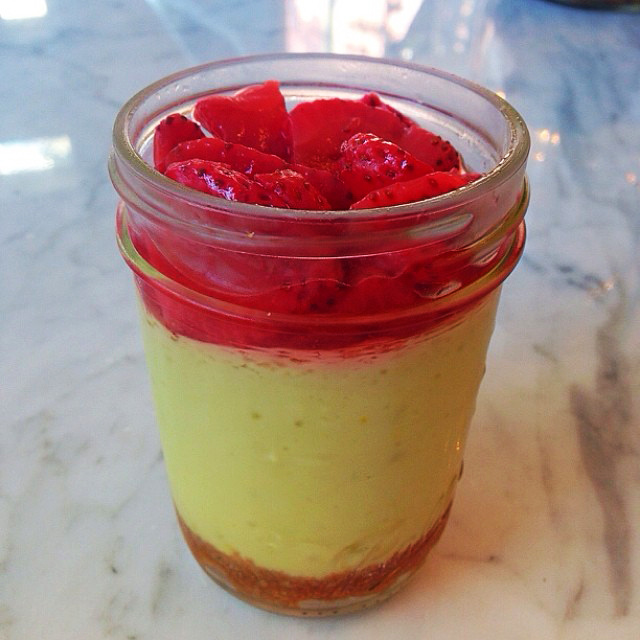 Key Lime Pie in a jar (The Baker's Jar)
strawberries

which was a belting confection, if a tad difficult to eat. Next summer, I suggest layering crust and curd like a parfait.

Blue Corn is a Mexican restaurant with blue corn, or pinole, all over its menu. For example:

You can tell that Blue Corn is authentic Mexican by its use of queso blanco.

La Raza's love for queso blanco confounds me. It doesn't melt, and yet they cover nachos with it and stuff it in quesadillas. 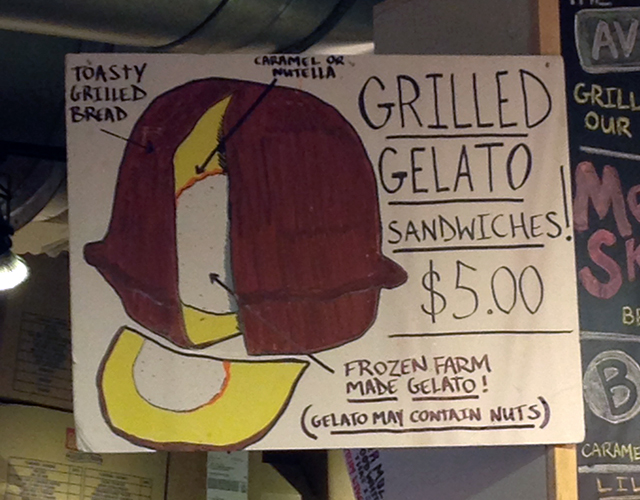 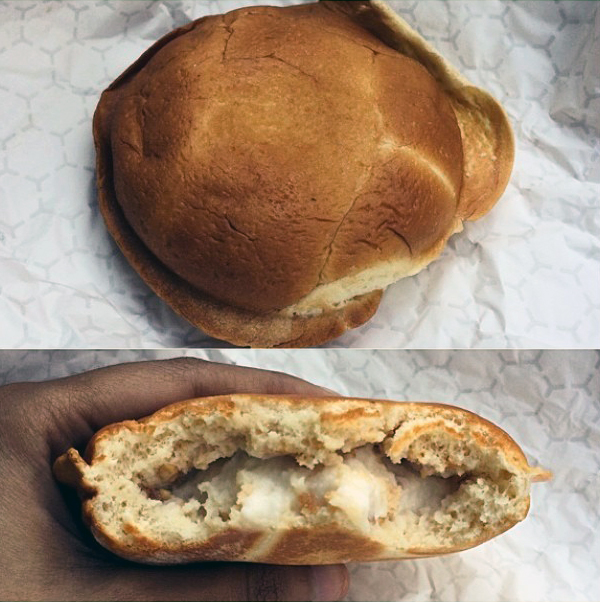 When Benjamin Franklin died in 1790, he was buried in his family plot in the north west corner of the burial ground along with his wife Deborah and their two children Francis and Sarah.

In 1858, Franklin's descendants requested that an opening be placed in the brick wall so the public could see Franklin's grave day or night, and a metal fence was installed. After the opening in the wall it was much easier for Franklin's many fans to show their respect. [source]

—Hear ye, motherfucker. Future generations will want to take selfies in front of my grave, so I have to be buried beside a wall.
—Okay, okay! Beside a wall!

—All I have left is this corner plot.

Club 33 is a private club located in the New Orleans Square section of Disneyland. Officially maintained as a secret feature of the theme park, the club is located next to the Blue Bayou Restaurant with the entrance recognizable by an address plate with the number 33 engraved on it.

To enter Club 33, a guest must press a buzzer on an intercom concealed by a hidden panel in the doorway. A receptionist will ask for his name over the intercom and, if access is granted, open the door to a small, ornate lobby.

Club 33 has a full bar, although patrons must order directly from their server rather than the service bar. [source]

We were greeted behind the security door of a nondescript unmarked building in Chinatown by its owner Le, an eccentric Vietnamese fellow with a penchant for joking about smoking crack. He vetted what we were wearing and, having passed his dress code, led us into a waiting room with a floor lined with pennies, where he ran down the rules of his joint – no photographs, no phone calls. After we consented, he seated us at a table in the main room, which is equal parts old school Italian restaurant and mind of Criss Angel. The bar top is, heh, lined with nickels.

I lost my notes on the cocktails I ordered, but I think the Ivan Drago is vodka, freshly-pressed green grape and watermelon juices, and bitters; and the Box Brown is rum and freshly-pressed red grape juice. 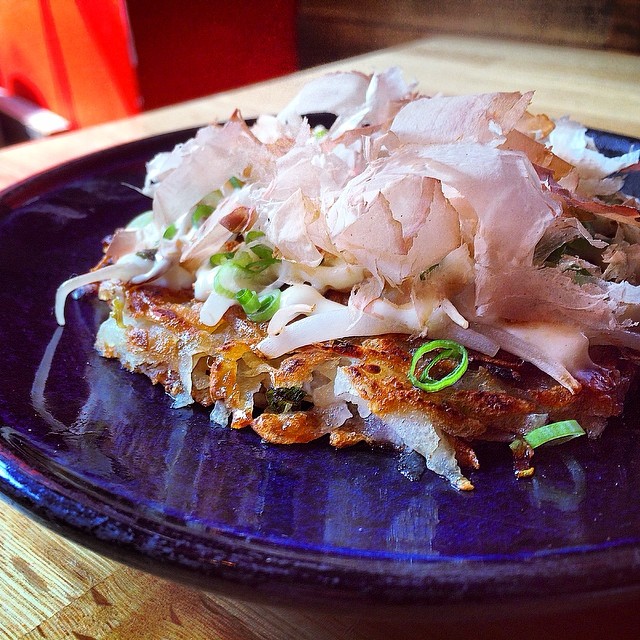 The potato pancake was more hash browns than latke, but you can't go wrong with fried potatoes.

related: Lancaster Okonomiyaki, with a base of Pennsylvania scrapple cooked in a waffle iron (Ivan Ramen / Manhattan, NY) 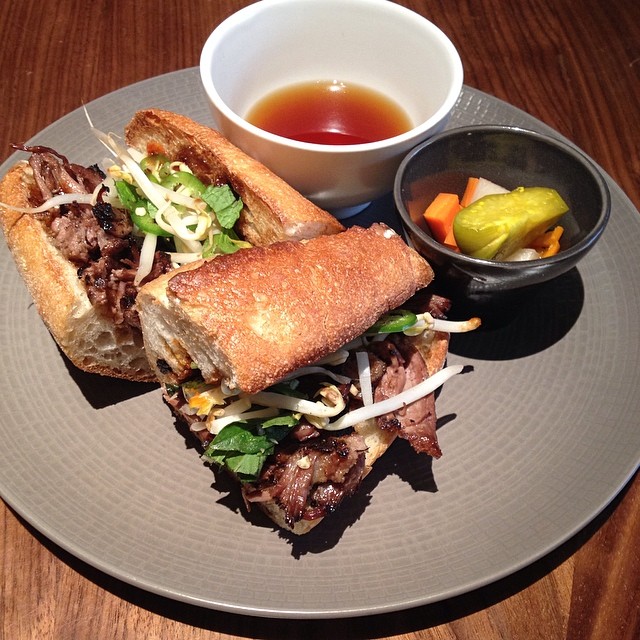 Pho sandwiches are having a moment.

I can't speak for all pho sandwiches, but the ones I've tried have been Vietnamese variations on a French dip. 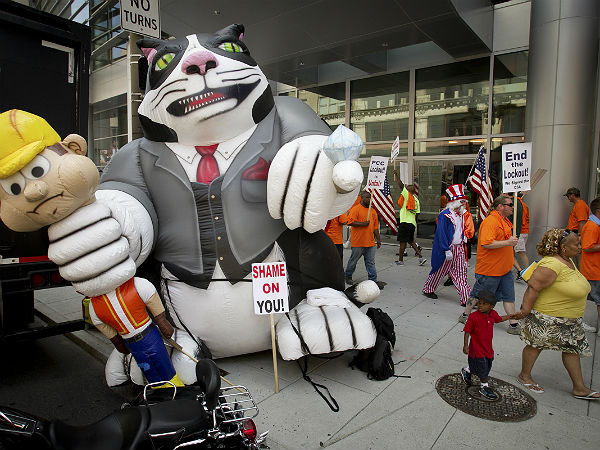 The diamond ring on an extended pinky is a nice touch.

—I'll have one of everything. 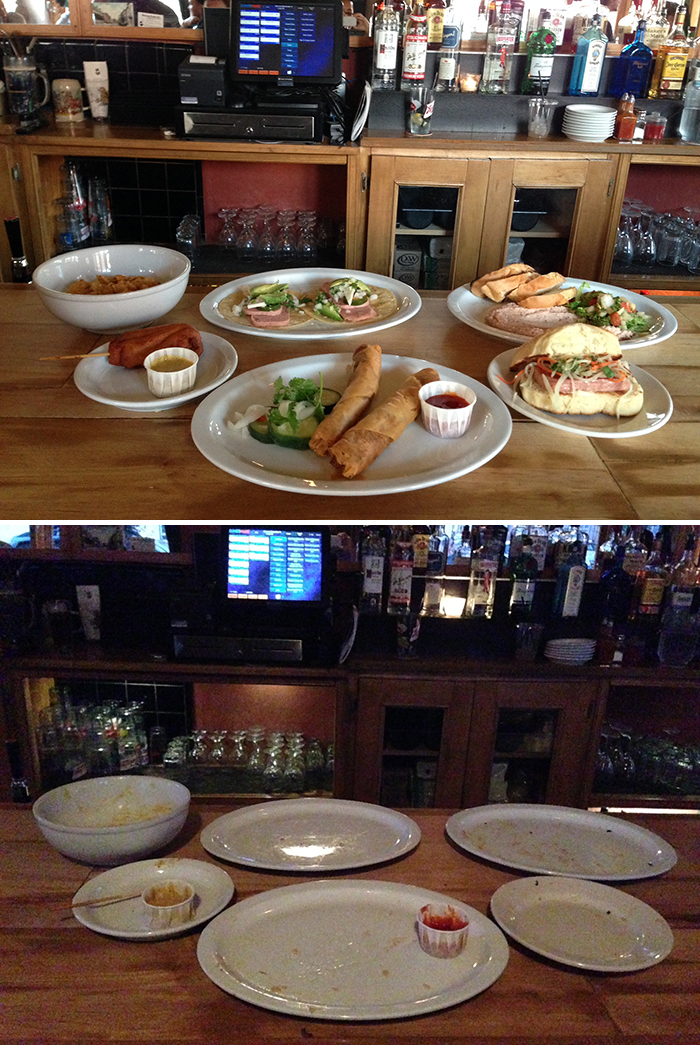 No one man should have all that SPAM.

6. SPAM Mac and Cheese
I couldn't discern SPAM. This just ate like mac and cheese, albeit spiced with unneutered jalapeño pepper and topped with Fritos.

4. Whipped SPAM
This was fine, but I wish it came with a jelly or a jam. I like a fruity component with spreadable meat.

2. SPAM Slider
The MVP of SPAM Night was this sandwich's homemade pandesal bread roll. It had a stale quality that was oddly ambrosial.

1. SPAM Tacos
The dish in which SPAM appeared most unadulterated – the dish I dreaded eating most – turned out to be my favourite of the bunch. It was so unexpectedly fresh.

The blokes sitting to my left bemoaned the lack of a SPAM dessert, whereas I felt what was missing was an army stew. SPAM, hot dogs, kimchi, instant noodles, and American cheese – who says "no"? 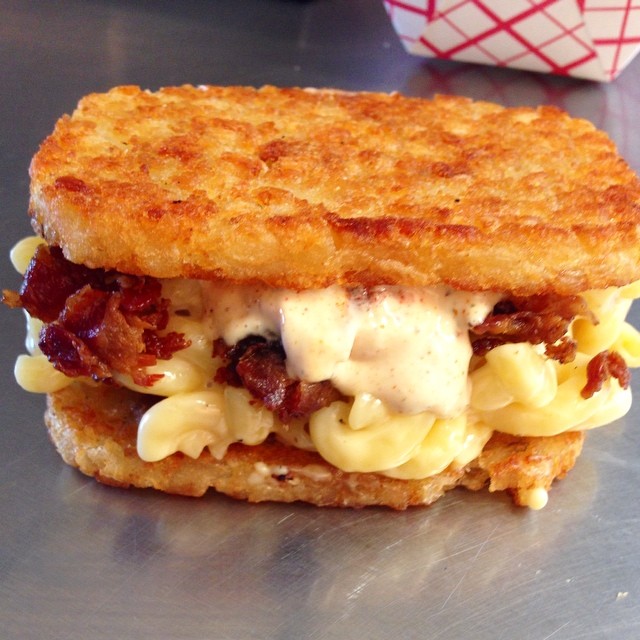 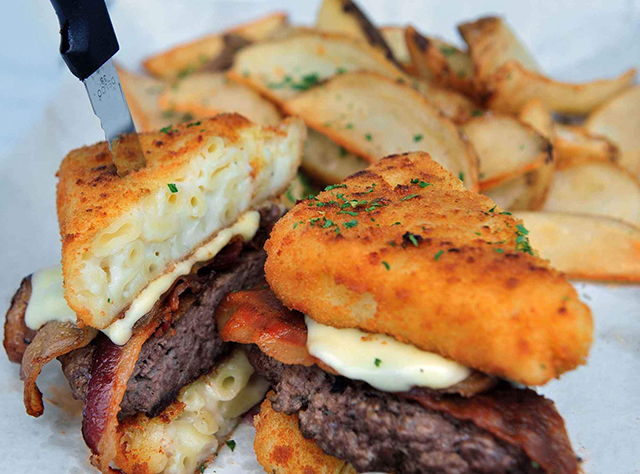 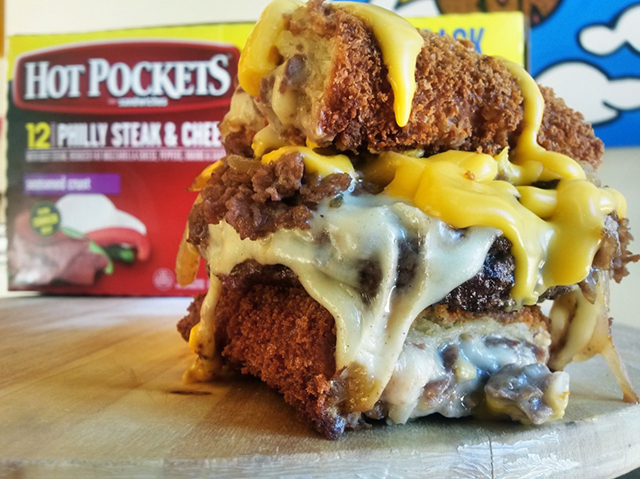 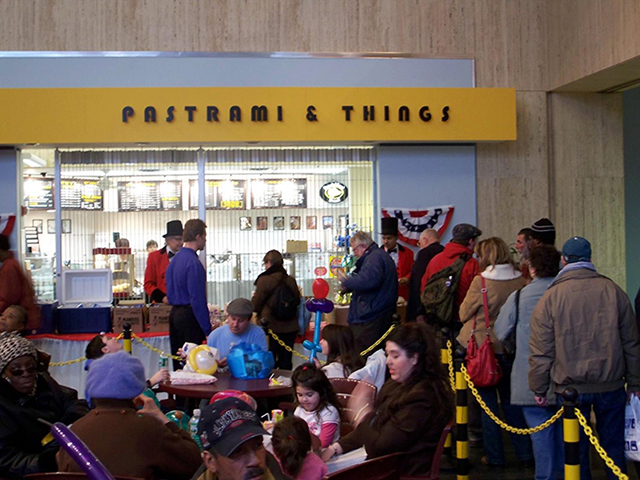 What kinds of things? Lentils? 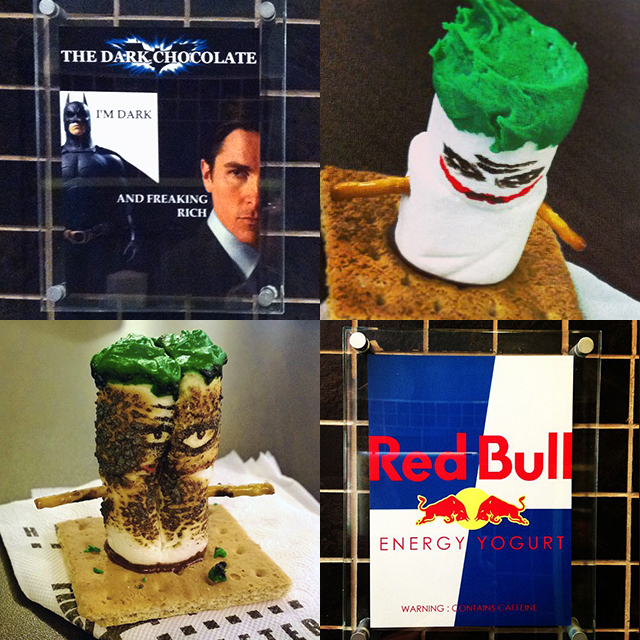