I regret pacing myself drink-wise and only taking a sip of Drew's Narragansett Shandy.

Erin: Why are you going to Philadelphia?
Jon: Heh. I ate an apple fritter in Philadelphia last summer that… I have been craving this apple fritter ever since.
Erin: I feel you. I think about the doughnuts at Top Pot.

The fritters at Beiler's Bakery are, when warm, the best goddamn fritters in the world.

Oof. Save for a seductive salted molasses butter, the food here was dire – a dry ass biscuit, clumsy jam housemade preserves (blackberries?), and this abomination: 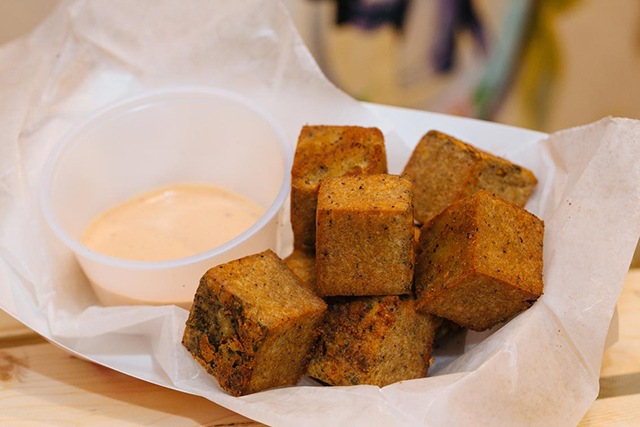 Imagine if a Magic Eraser mated with a falafel.

Young Black Female Employee: [smiling] How is everything?
Middle-Aged White Male Customer: The fries are terrible.

His bluntness took me aback.

Young Black Female Employee: I can uhh…I can refund you for the fries…

Drew: I just read that they began using a re-formulated biscuit recipe today.
Jon: Re-formulated with even less butter?

Jon: If broccoli rabe and provolone are so vital to this sandwich, why sell them separately? [grumbling]

Jon: Can we visit the grocery of your friends on Food Network?

In its freezer, I spotted an ice cream sandwich that I saw on Eater. 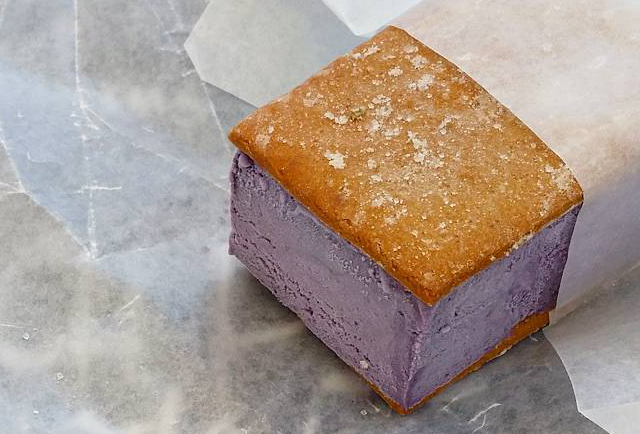 That the grahams were crunchy pleasantly surprised me.

From the owners of Cheu Noodle Bar, which I patronized last year.

While I dig Ben and Shawn's creative takes on Asian food, they gotta season more aggressively. Their food at both restaurants tasted…not bland, but…tame. 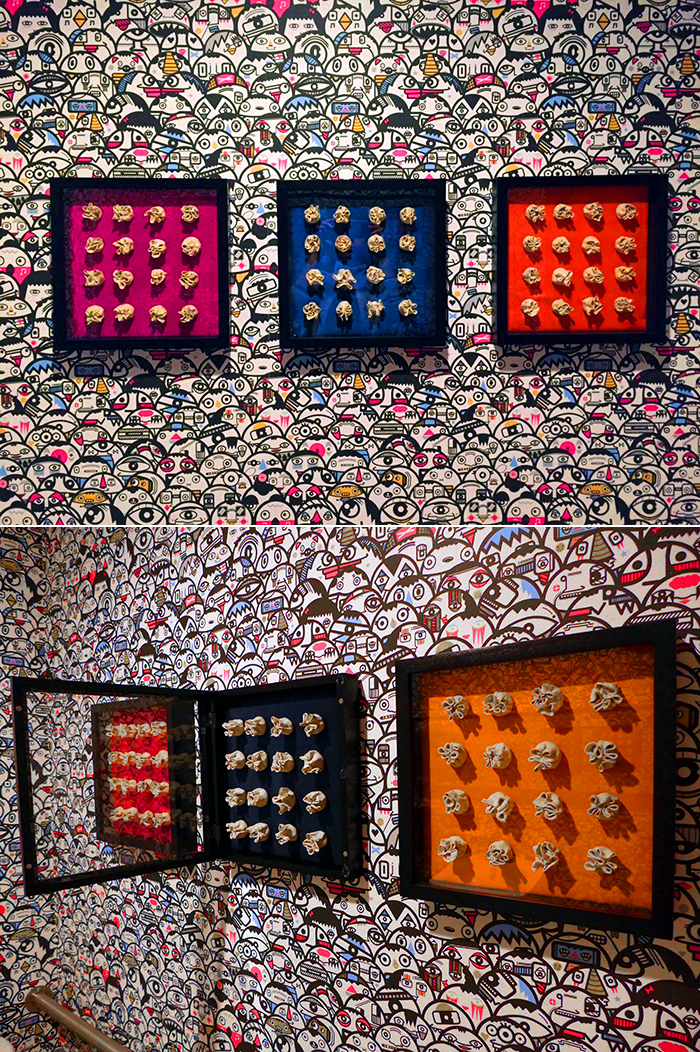 Jesse: This BBQ Pork Caterpillar Bread rules.
Jon: I thought it would be, like, pulled pork. Is char siu pork that foreign to Philadelphians that it has to be called "BBQ pork"?

What stood out most were the beginning and end of our meal.

The beginning: Savoury rugelach served out of a cigar box. 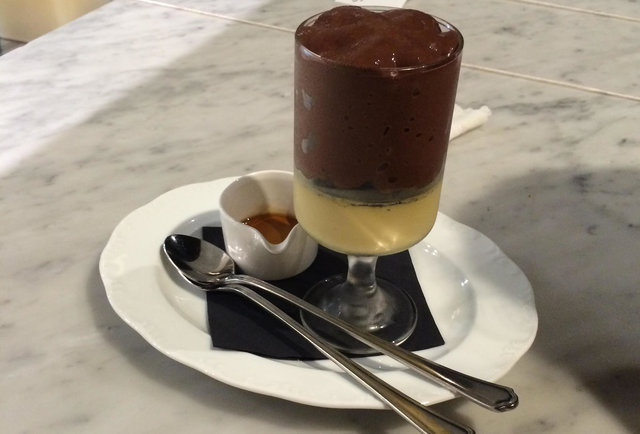 Is there are more unappealing name for a treat than "egg cream"? I think of Cadbury Creme Eggs and shudder. An egg cream sounds like how a German chocolate cake looks.

That the chocolate part was fluffy and not thick was a relief, as was the judicious use of bacon, masked by chocolate cookie.

Bartender: I'm drinking one of these when I get off work.

With Narragansett Del's Shandys on my mind, I asked for a shandy, and the bartender whipped up a sensational one.

I will be craving his shandy for the next year.

Lo, the best sandwich I tried at John's Roast Pork was its cheesesteak.

While eating both DiNic's and John's roast pork sandwiches, I wished I was eating porchetta sandwiches instead. I wanted more fat and a crunchy element.

Dry-Aged Ribeye Poutine (Abe Fisher)
Jesse raved about this, but alas, ordering it was unfeasible.