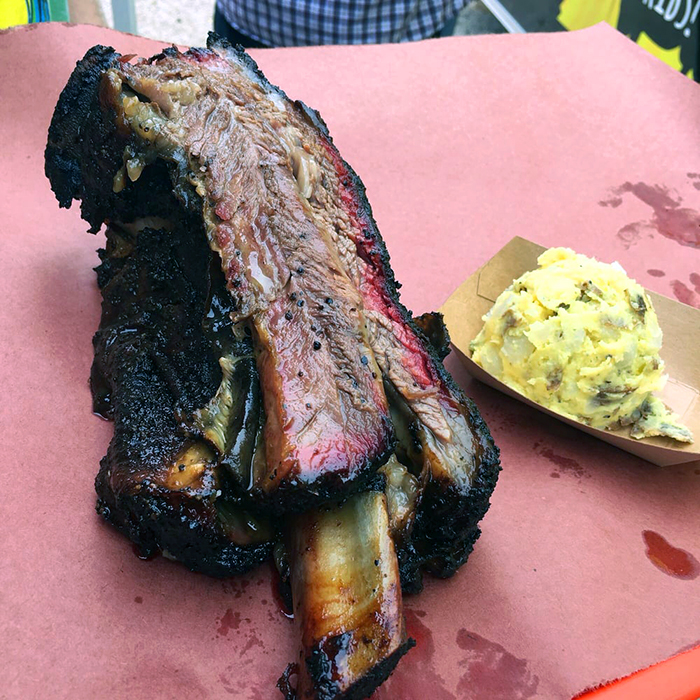 Brisket (Frankin Barbecue)
—The gold stars are only for brisket with some fat. Lean brisket is trash, even Franklin's.

Steven and his friend Marissa drove up from San Antonio to help me eat the four pounds of Franklin brisket that I pre-ordered. We managed to eat about half of it. In retrospect, The Amazing Race's "eat four pounds of meat by yourself" Roadblock in season seven was mental.

I ordered the 10-course chef's tasting at (Barley Swine) and a root beer that was unpalatably rooty. 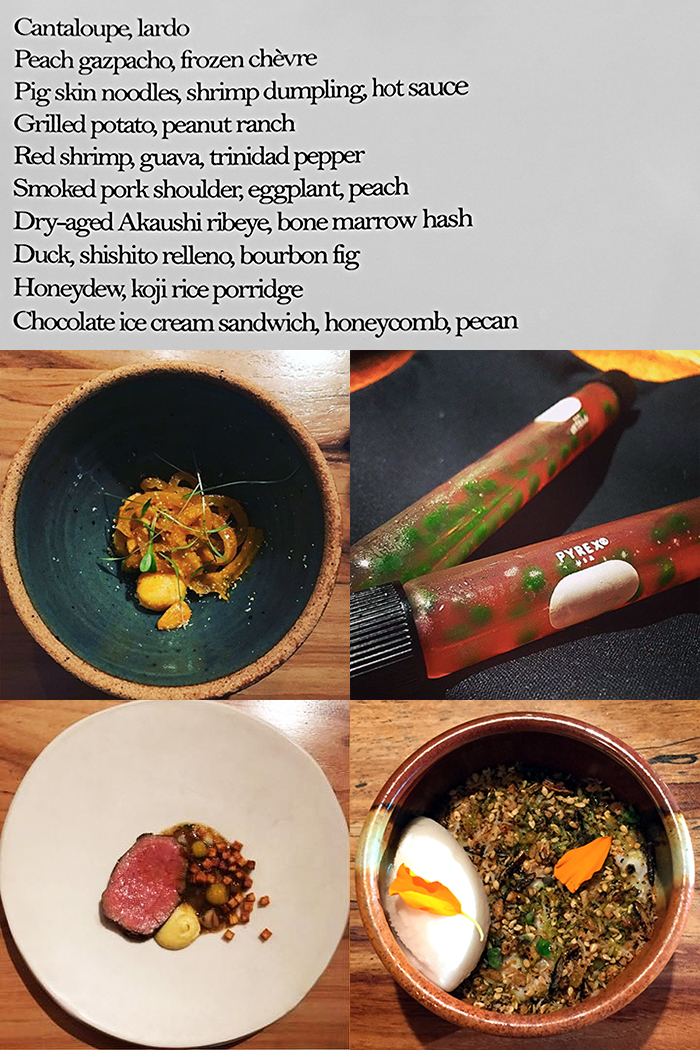 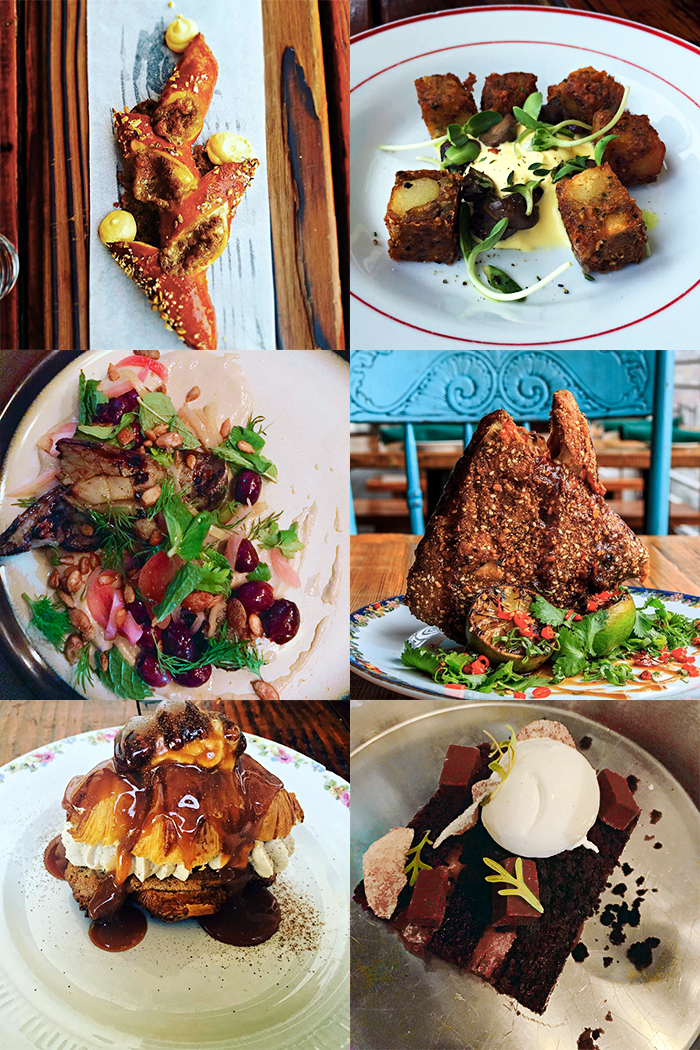 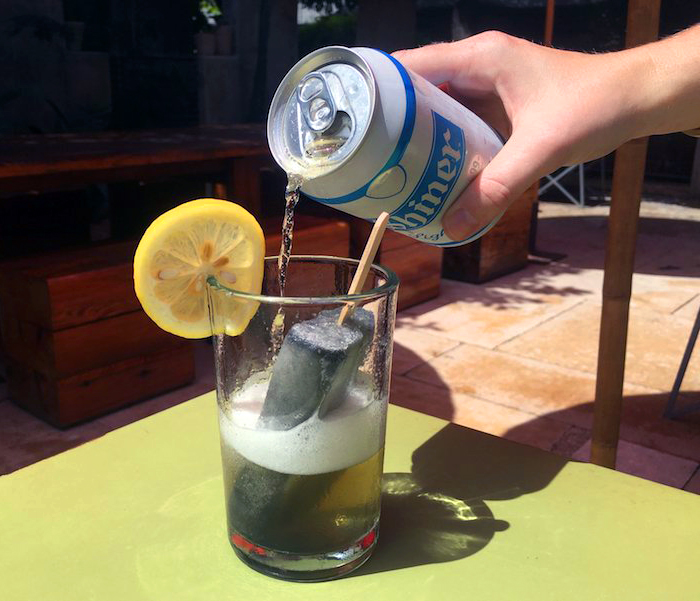 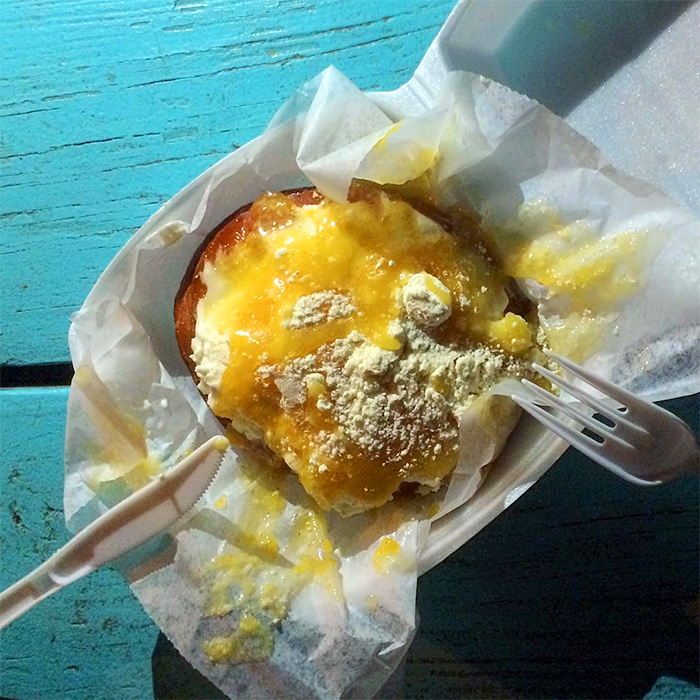 ^ Cloying, even for my diabetic ass. My donut had, like, a ladle of icing slathered on it. 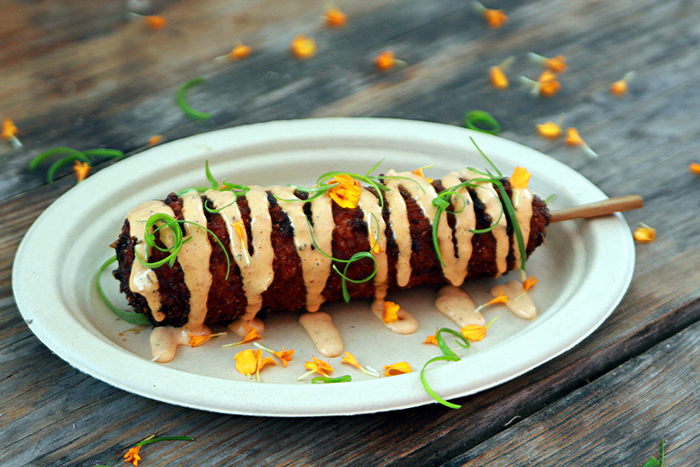 Jambalaya Baton (Baton Creole)
traditional rice-based dish smothered with the "trinity" of cajun vegetables along with garlic, tomatoes, and cajun spices; deep-fried on a stick and drizzled with remoulade sauce

^ I dislike how its chunks of sausage are skewered on the stick.

Fruit Cup (The Hightower)
mexican marigold ice cream, clementine sorbet, watermelon granita, chili and lime powder
—"What a curious play on a fruit cup," I thought, not realizing that it is a play on a MEXICAN fruit cup. 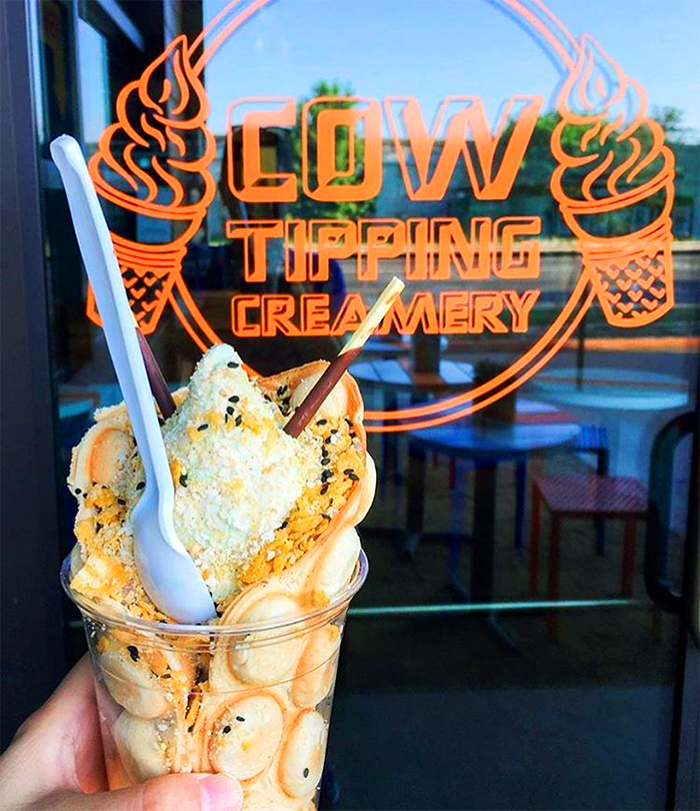 ^ My bubble waffle was tough.

Steven: This place (Star Seeds Cafe) has good food, but the wait staff treats you shitty if you don't have tattoos.
Jon: Soooo they hate Jews? 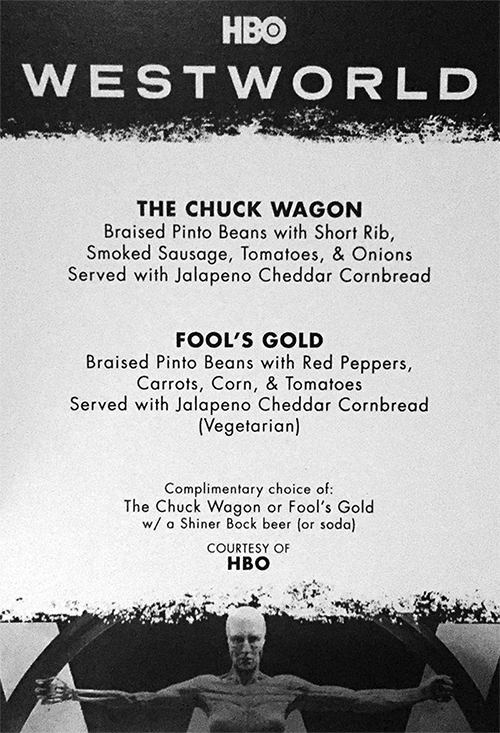 Green Chili Lamb Sausage with Pretzel Bun (Easy Tiger)
lamb, queso blanco, escabeche
—The escabeche I can take or leave, but the sausage and pretzel bun are superb.

(Lenoir) is a wonderland of ingredient combinations. 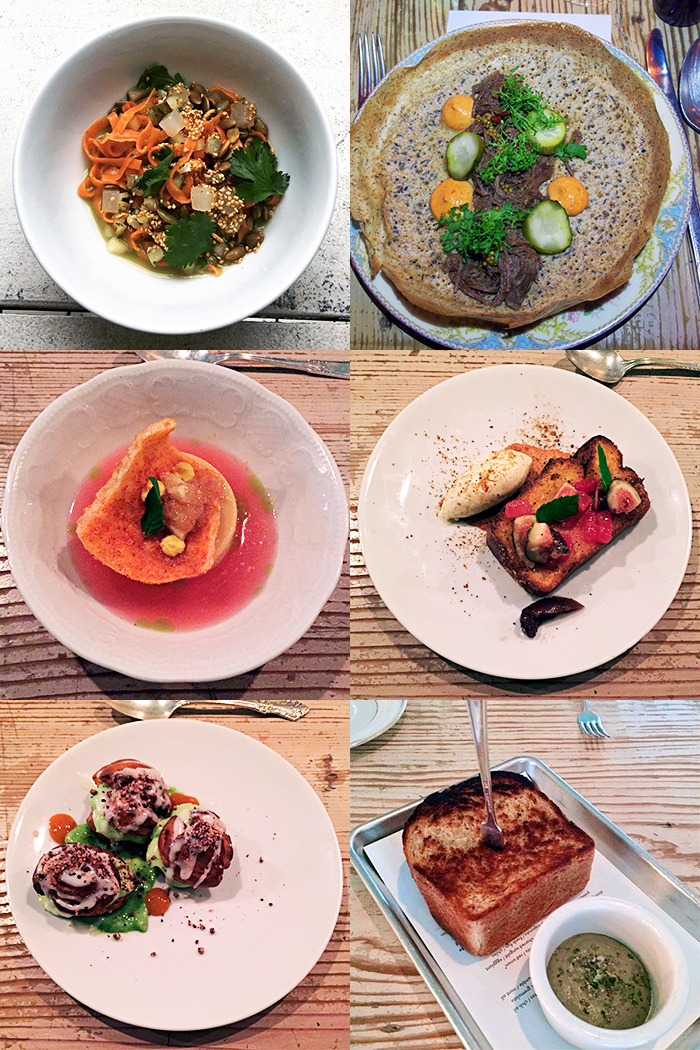 No dish I tried, however, was as wonderful as its optional

(Whataburger) is the lean brisket of burger chains. 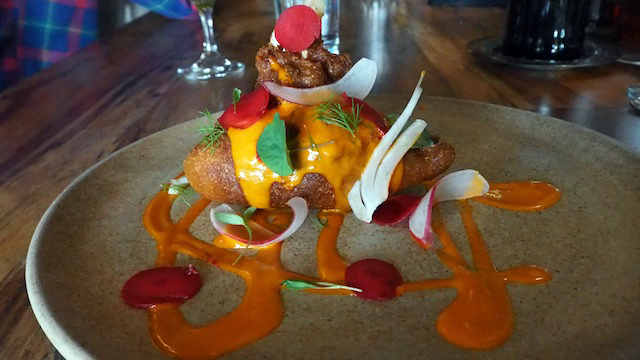 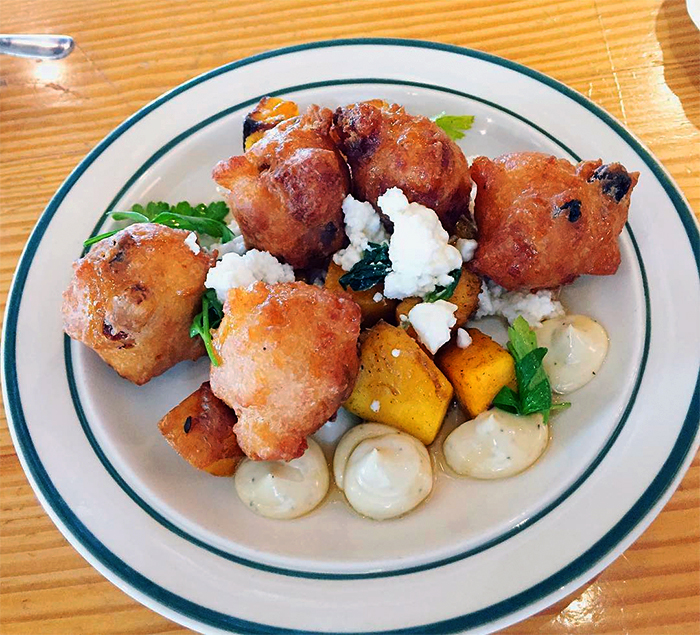 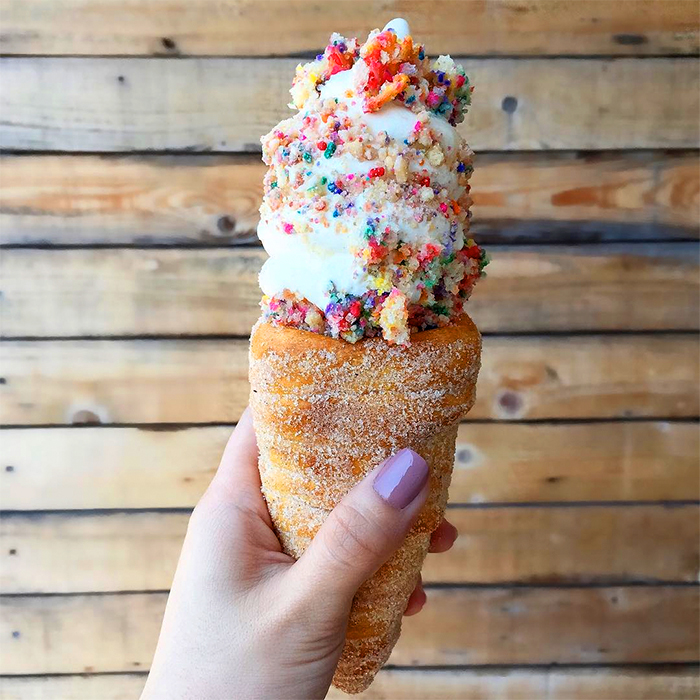 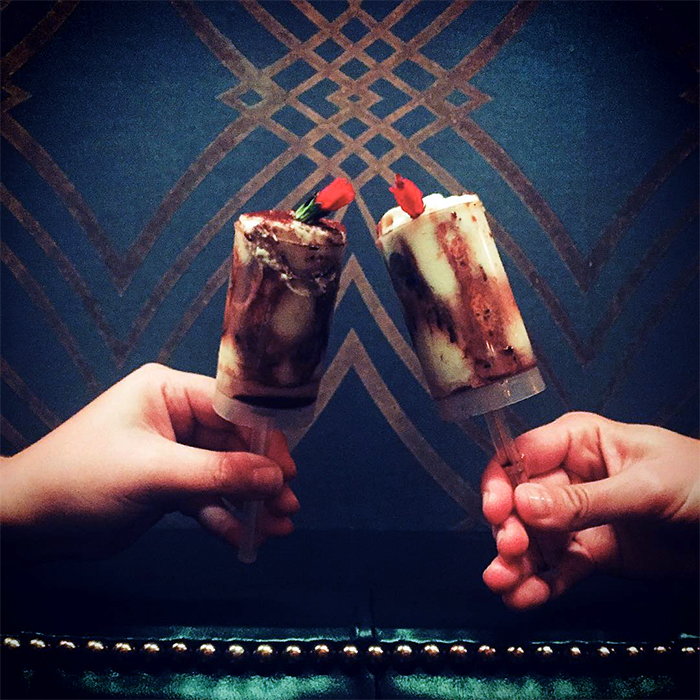 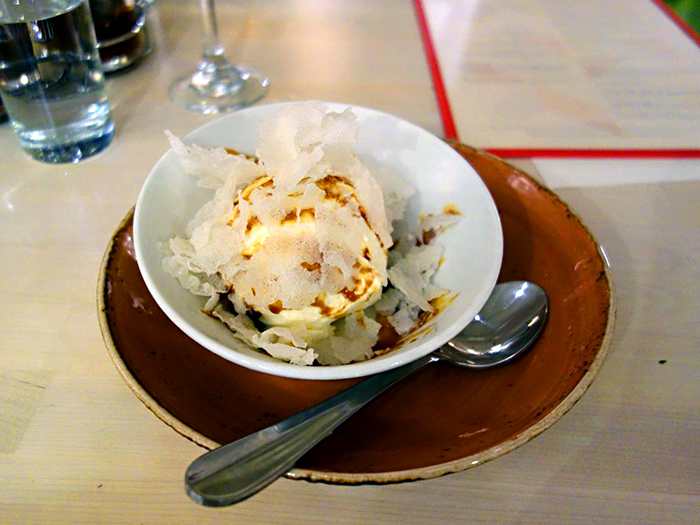 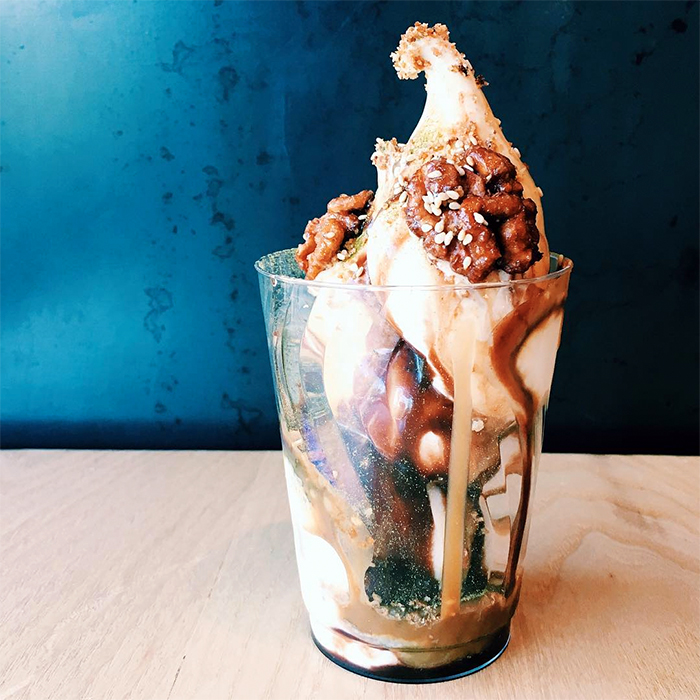 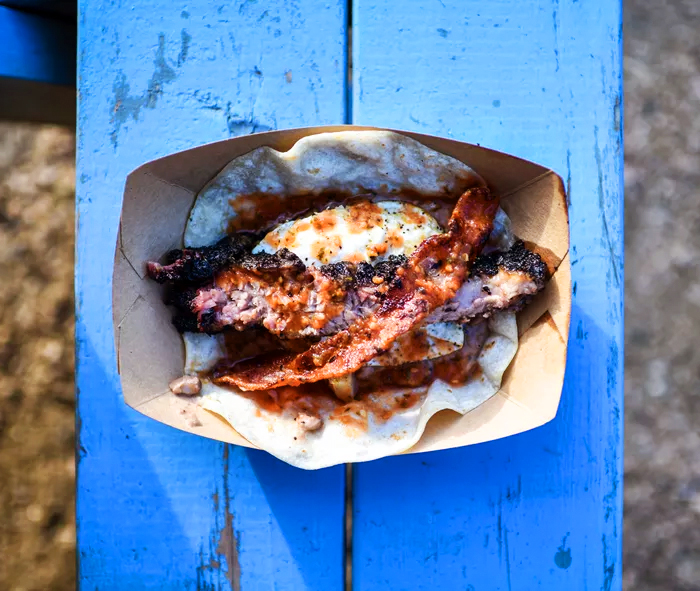