This is the last of my formidable backlog of food notes that I desperately needed to clear. Some dishes I tried are no longer available. So it goes. 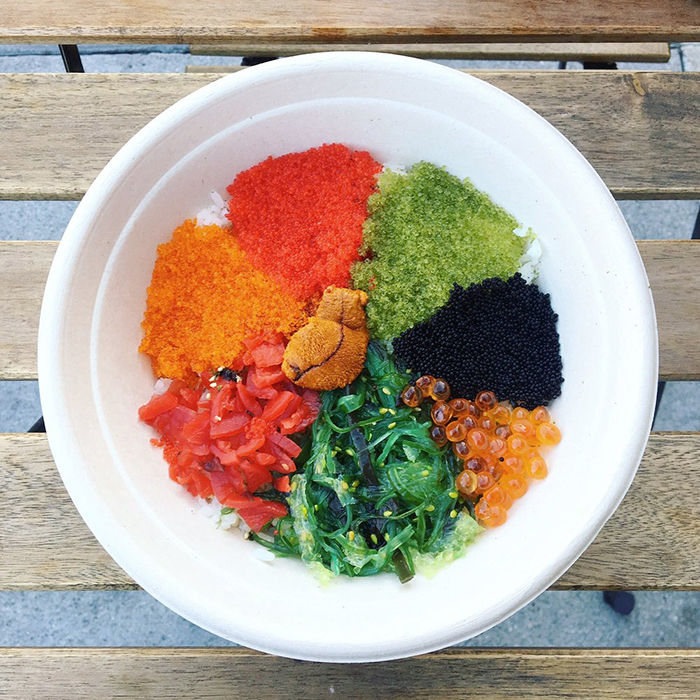 ^ For your eyes only. 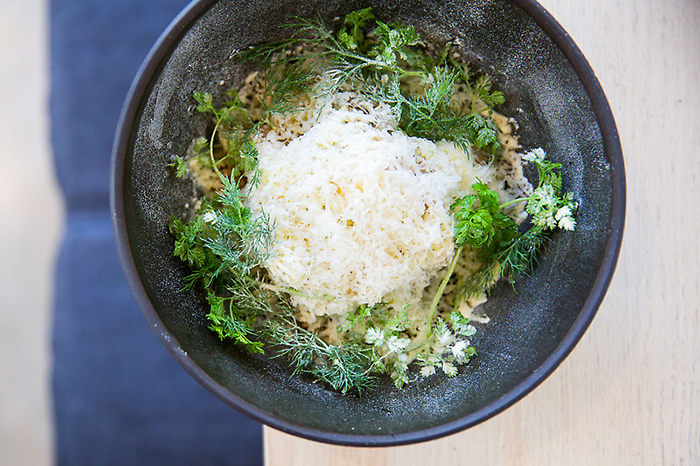 ^ Jordan Kahn is a pretentious chef, but this was yummy. The chicken is not visible. 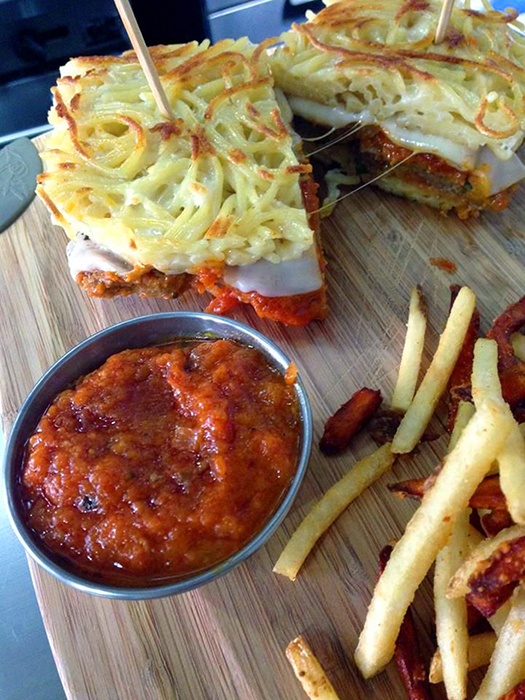 Spaghetti and Meatballwich (The Carving Board)
sliced all-beef meatballs topped with a homemade marinara and melted mozzarella, served between parmesan spaghetti bread with extra marinara on the side

^ Also nigh inedible: This spaghetti bread. 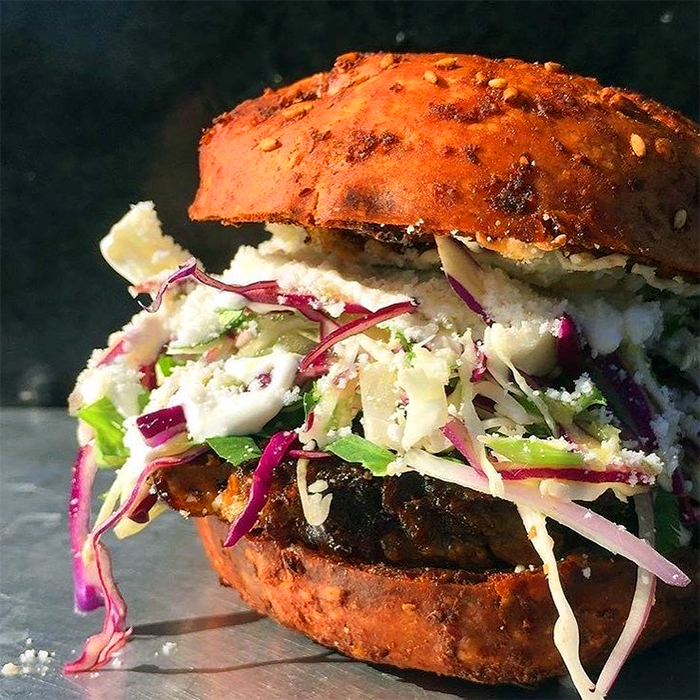 ^ The bun is dipped in a salsa roja before crisping up on the grill. This creates a crust of slightly dried salsa that surrounds the bread, giving it a distinct red sheen.

"Is there actually llama in there?"
"It's Peruvian!"

(Revolutionario) is "the first and only North African Taco restaurant in the world." 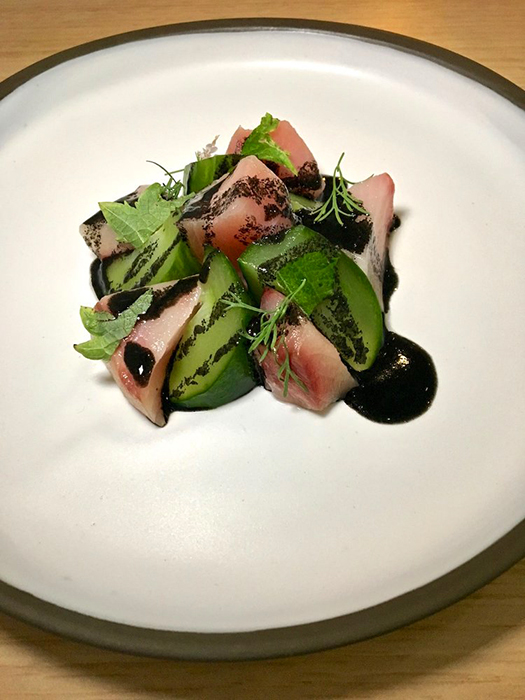 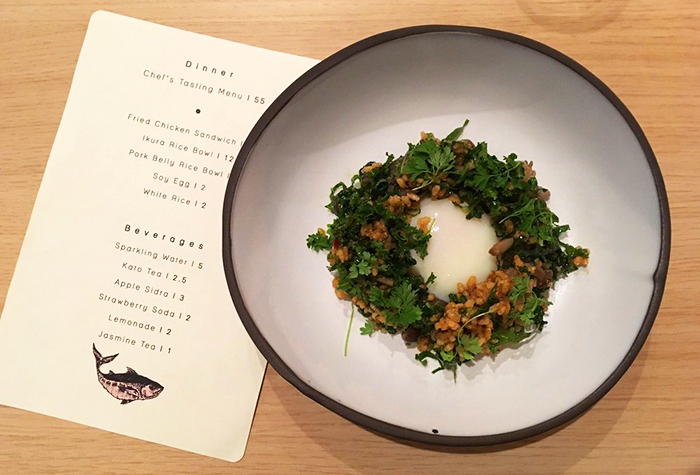 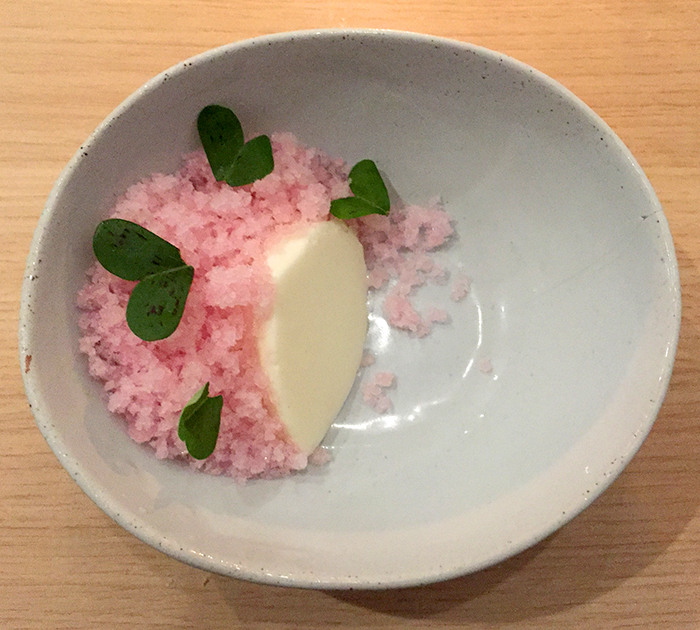 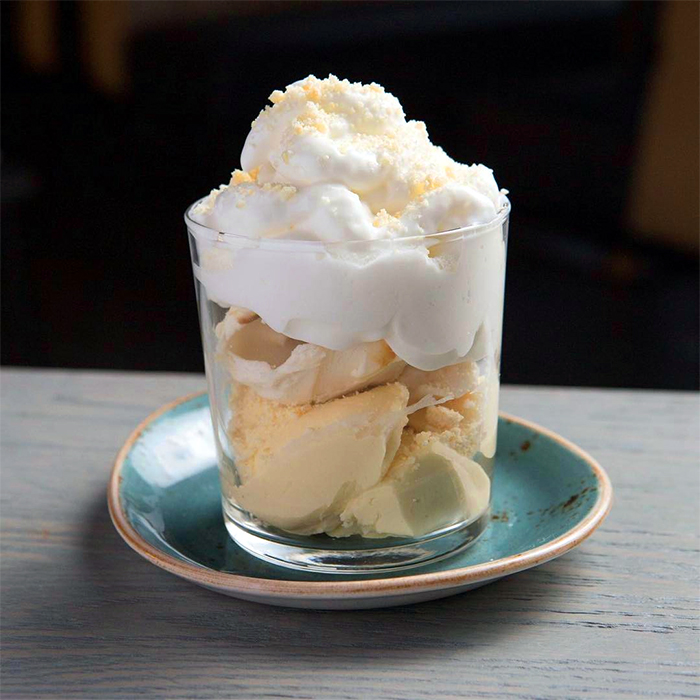 ^ Used in the foam, Makgeolli is Korea's oldest alcoholic beverage. 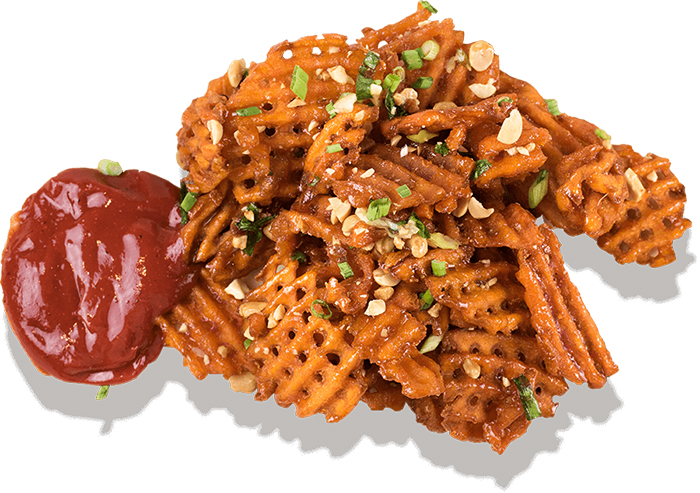 ^ I am not a fan of sweet potato, but these were addictive.

[Complimentary] Popcorn (Westbound)
distilled vinegar powder, onion powder, garlic powder, salt
—As was this, which is supposed to taste like Cool Ranch Doritos.

GONE BUT NOT FORGOTTEN 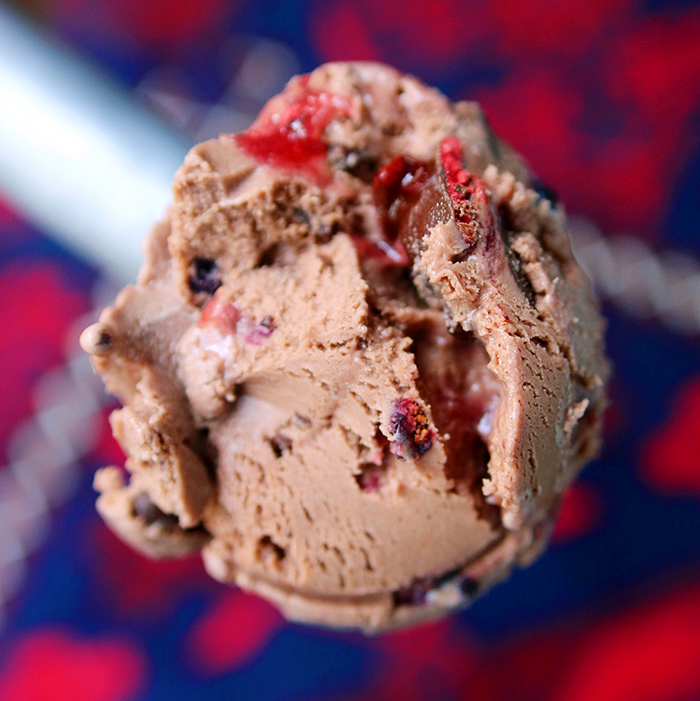 ^ I am not a fan of milk chocolate, but this was scrumptious.

Twenty-Four Blackbirds' Matcha Mint Chocolate Ganache Ice Cream (Salt and Straw)
mint ganache truffles stirred into matcha ice cream with a touch of citrus
—The texture of the truffles was not one that I had encountered before in ice cream. 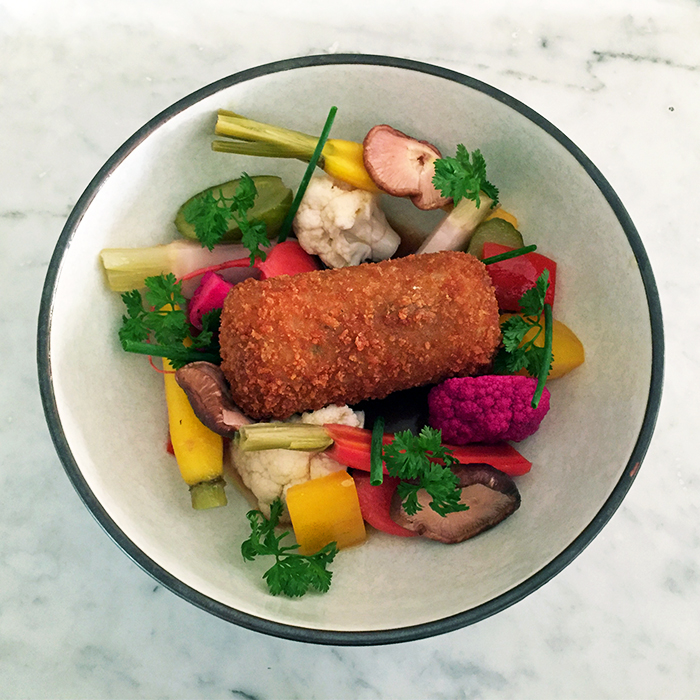 (Erven) was the best vegan restaurant that I have ever dined at. 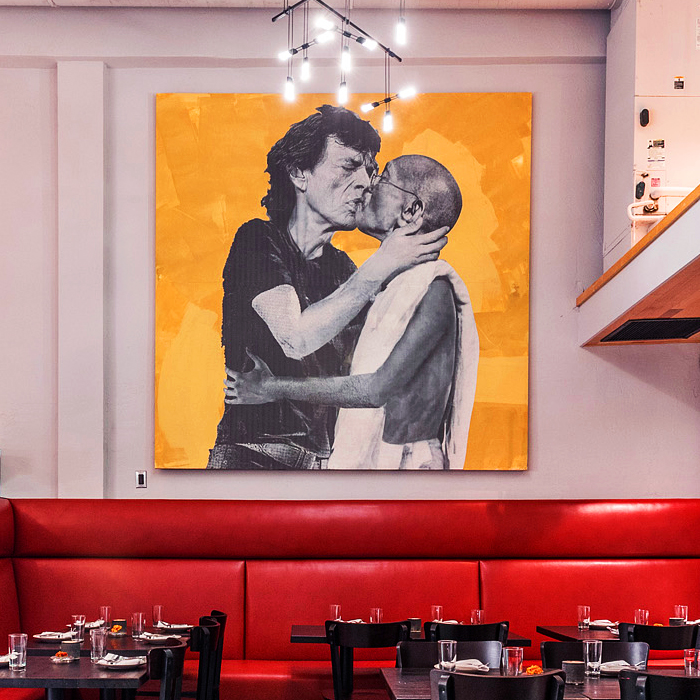 This past June, (Erven) overhauled its menu, adding meat and dairy. Most everything vegan that Hugo and I feasted on [Sauerkraut Fry Bread with smoky apple sauce, Seaweed "Doritos," Pretzel Bread Pudding, Green Onion Spaghetti, et cetera] is memorialized here. 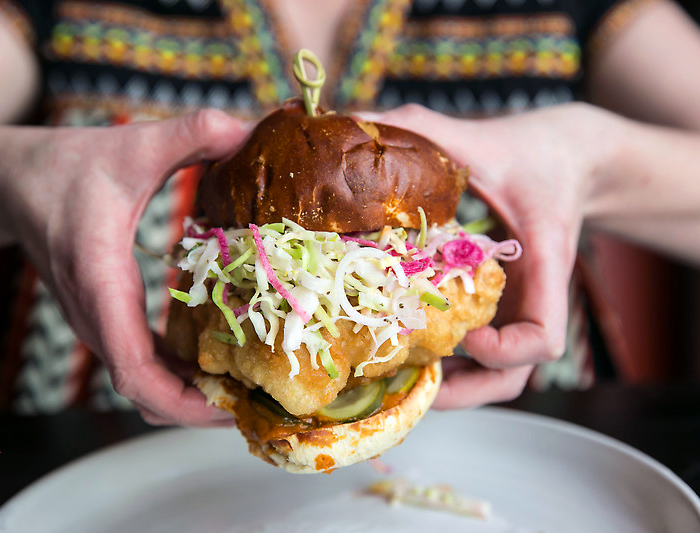 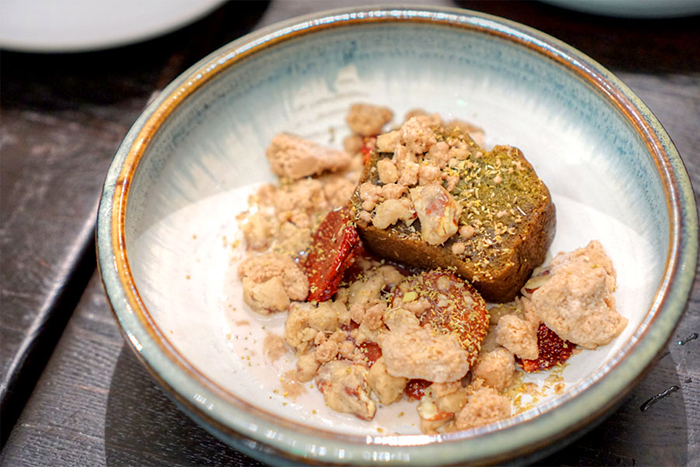 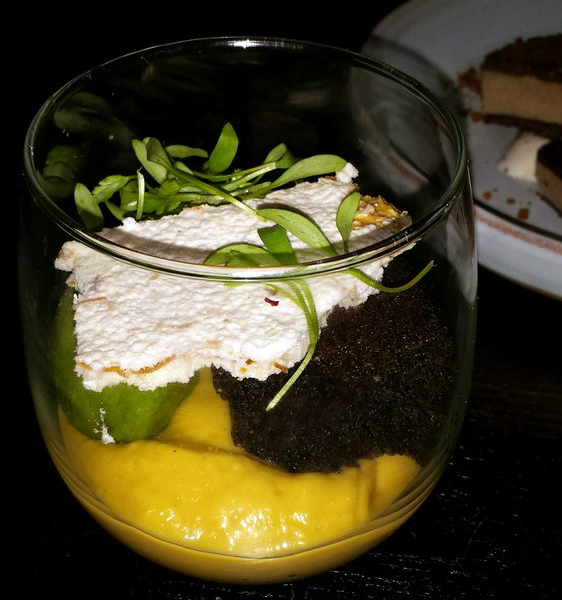 ^ A cup of fruity cereal is blasted with flavourless liquid nitrogen. The result? You get to look like a dragon, while dipping the icy cold cereal in sauces like chocolate, mint, and rose.