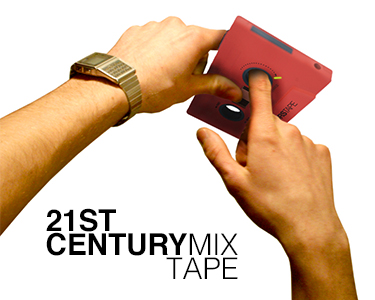 Time to update it.

Jon: "Crew" is so good that its radio edit is longer than the original. This song is what I imagine mixing uppers and downers sounds like.

I kinda want to change track 7 [2006] to My Chemical Romance – "Welcome to the Black Parade." The second half of "Through the Fire and Flames," though…

Ben: I distinctly remember Kenny's album dropping at midnight and knowing I had to wait two hours to hear it (I was DJing). When I heard the opening of "DNA." blasting out of my car speakers, I nearly crashed out of excitement. No part of any song last year gave me the chills that you get from the tempo change about 1:50 into the song.

Adam Robot: "Westermarck" is a twee power-pop song with lead singer Eva Hendricks sounding like she's about to shrink through the entire track. There's nothing complicated going on, it's an earworm with borderline nonsense lyrics that's hooky as hell, and it helped me forget 2017 was a living nightmare.