Did you know that Weezer has released 11 albums?

Weezer albums are like seasons of The Real World. I am intimately familiar with the first few and then… 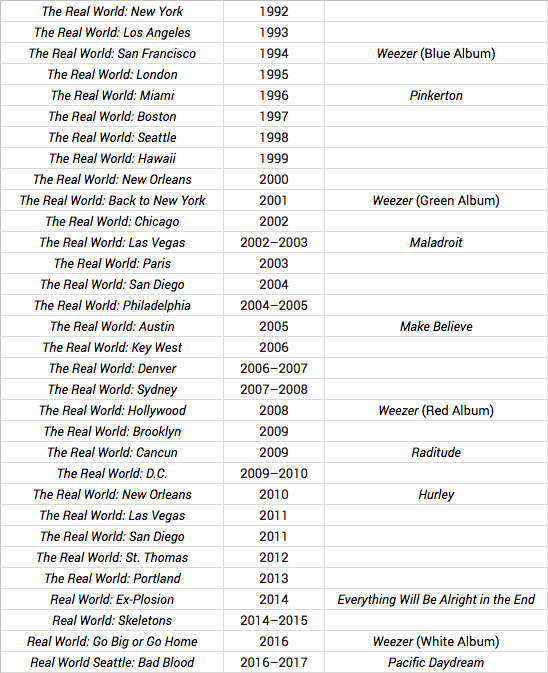 Birthright Israel is a not-for-profit organization that sponsors free ten-day heritage trips to Israel for young adults of Jewish heritage, aged 18–32. Tours travel throughout the country to religious and cultural sites, including in Jerusalem, the Western Wall, and the Dead Sea.

The Mole is a reality television game show. Players must work together to complete various physical and mental challenges to build up a significant cash prize for the winner. One of them, however, is "the Mole," a double agent hired by the producers to sabotage the efforts of the group.

Idea: Birthright Israel Mole. Who on this trip to Israel is actually a gentile?

Sketch Idea: A Food Network show about a homophobic bakery.