Paramount got crafty at designer Rachel Zoe's Zoeasis party. The studio hosted an Elton John activation with an arts-and-crafts table ahead of Dexter Fletcher's Rocketman premiere.

Guests could customize a pair of statement eyewear or sunglasses in various styles with rhinestones, glitter, studs, pearls and lettered beads. From there, attendees could be snapped at a piano with a blue concert backdrop while wearing their Elton-esque sunnies and receive a keepsake photo.

"This is like abstract art," joked Alisha Boe, an actress on 13 Reasons Why, while she admired a pair of red sunglasses.

Warner Bros. took over Neon Carnival by decorating the grounds with dancing Pikachu mascots and a Pokemon-themed Ferris Wheel ride in anticipation of the film Pokémon: Detective Pikachu.

A rep for Warner Bros. tells THR: "Many of those attending Coachella grew up with Pokémon. The attendees of Neon Carnival (all social influencers) are a great group to have as advocates for the film." 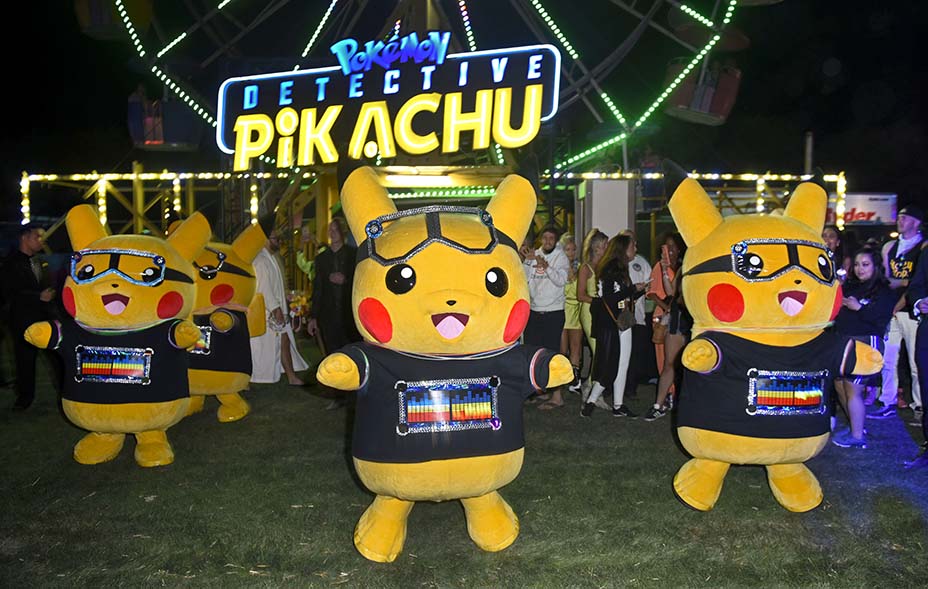