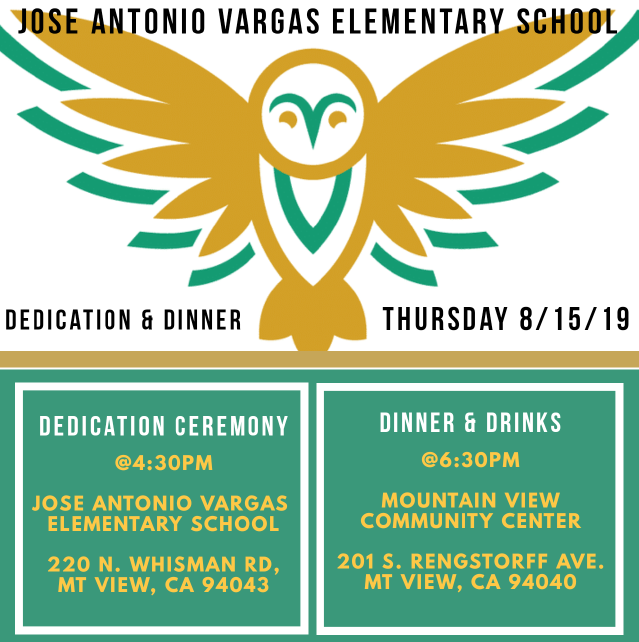 He claims we met freshman year of high school, but I recall meeting Jose sophomore year.

I joined the speech and debate team because of him.

I remember attending speech and debate tournaments at a local, private, Jesuit, all-male preparatory school and being amused by a large rock on campus that was named after someone, presumably because everything else on campus was already taken.

I remember thinking about how my surname does not lend itself well to naming – Yu Union, Yu Hall.

Flash forward 20 years. An elementary school named after Jose is opening today in our hometown.

He came up with "Vargas Citizens." I proposed "Vargas Patriots" as a better alternative. Owls it is.

Now to glue a plaque with my name on it to a rock and plant it on campus.