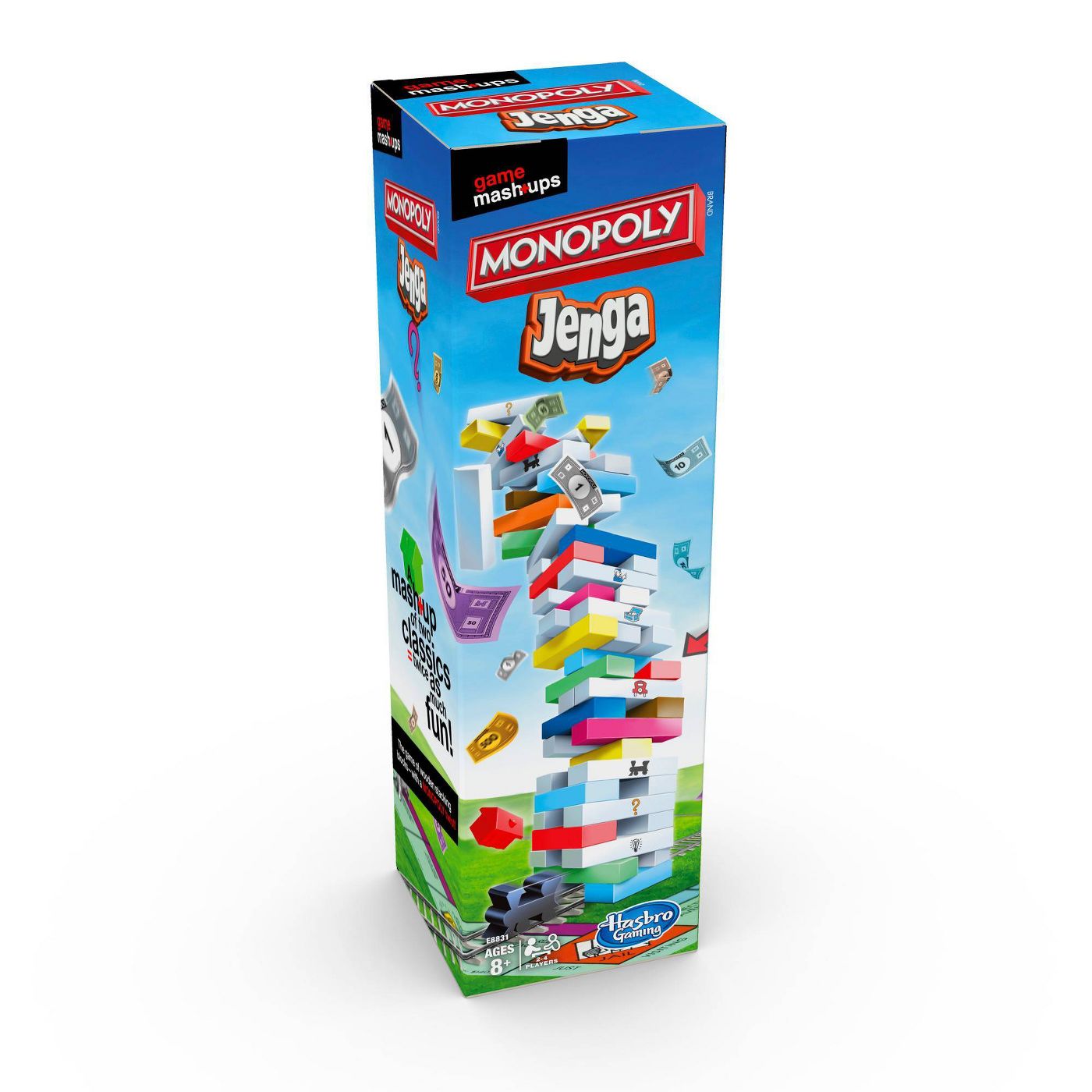 Collect the most properties, property sets, and railroad blocks before the tower crashes! 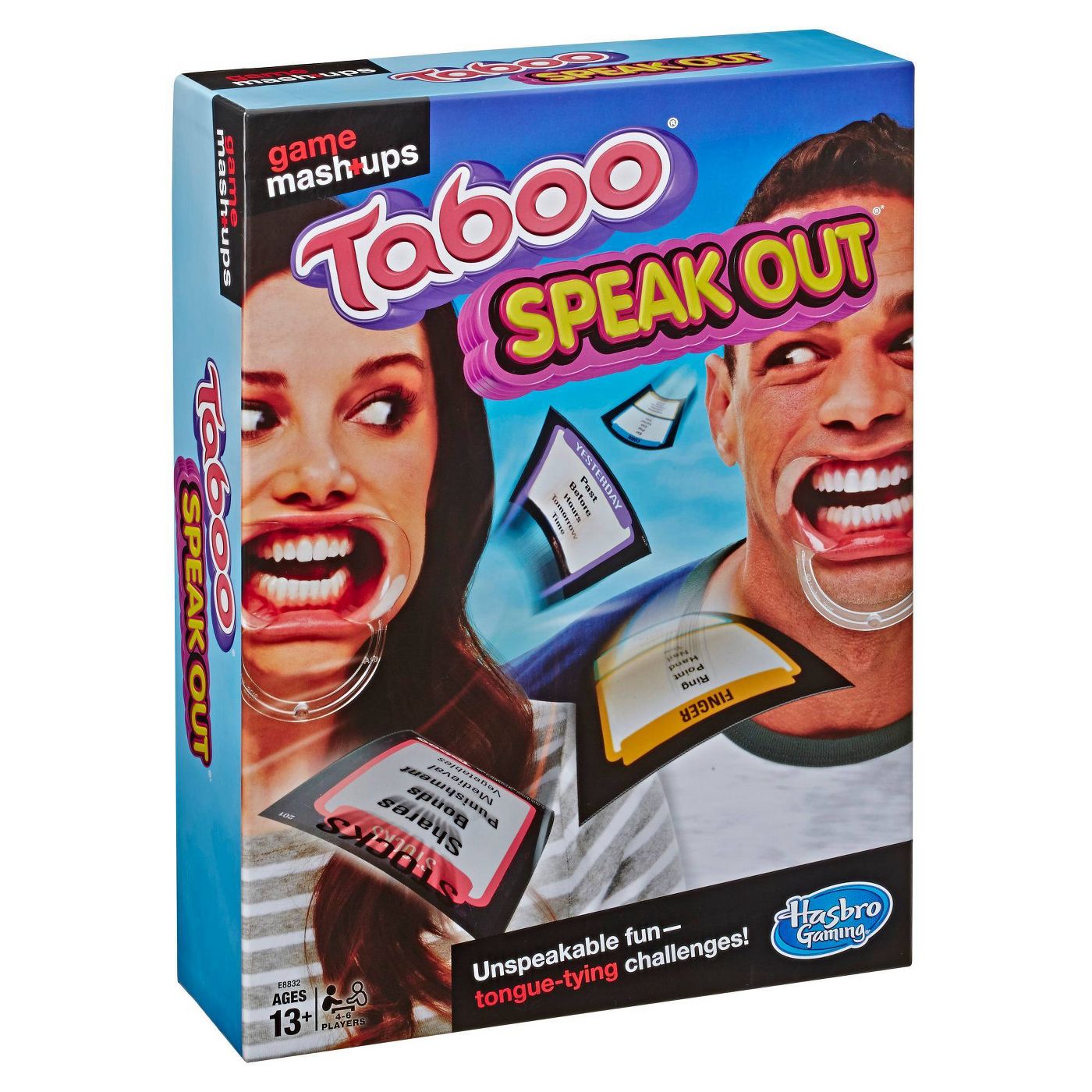 But players have to do this wearing a mouthpiece that makes it really hard to understand what they're saying. 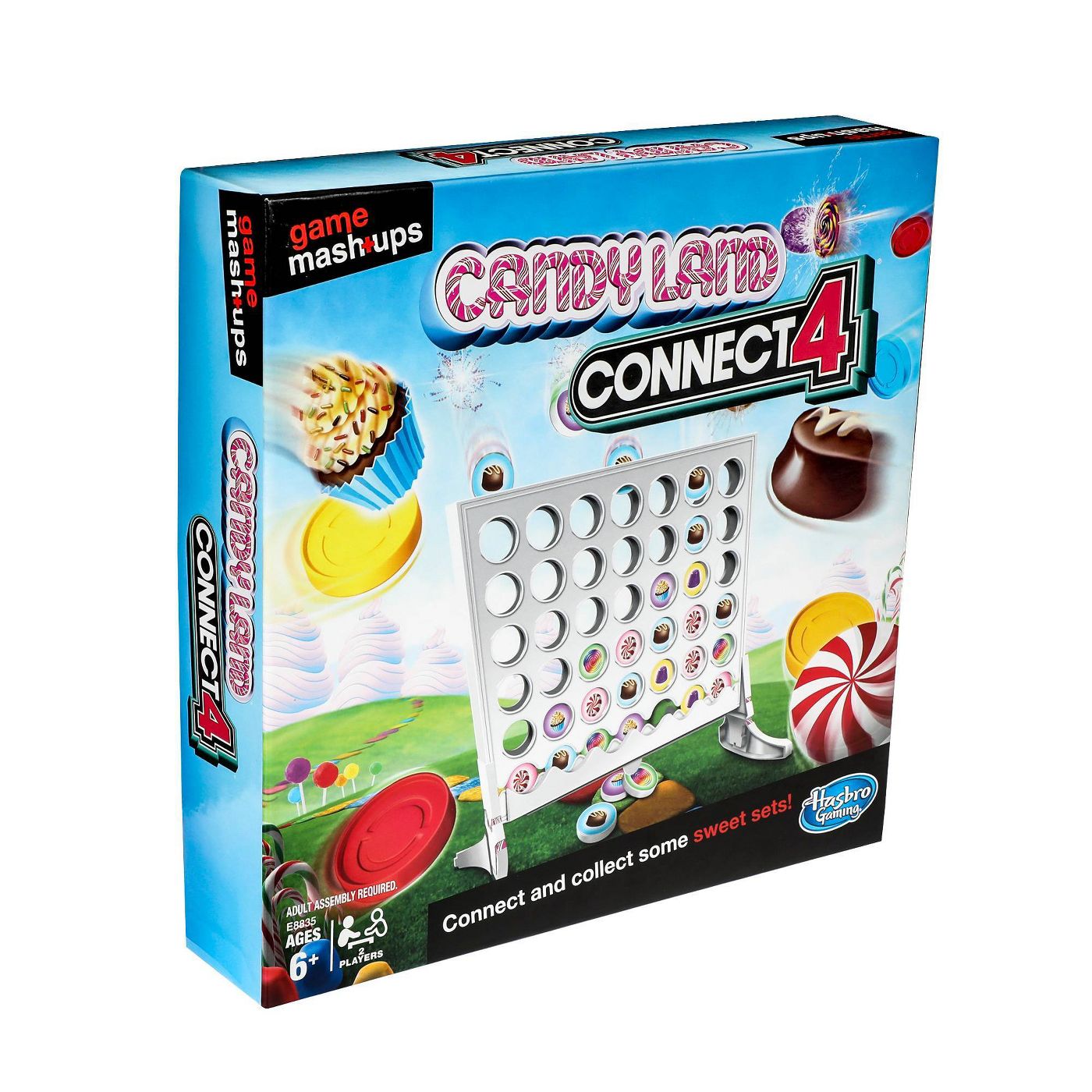 Players take turns knocking out plastic candies from the bottom row of the Connect 4 frame. Each time one gets knocked out, a new disc must be placed in one of the slots at the top of the frame. The plastic candy tokens keep moving out and dropping down as players try to get sets of 2, 3, or 4 candies adjacent to each other on the bottom row, or vertically up from the bottom. 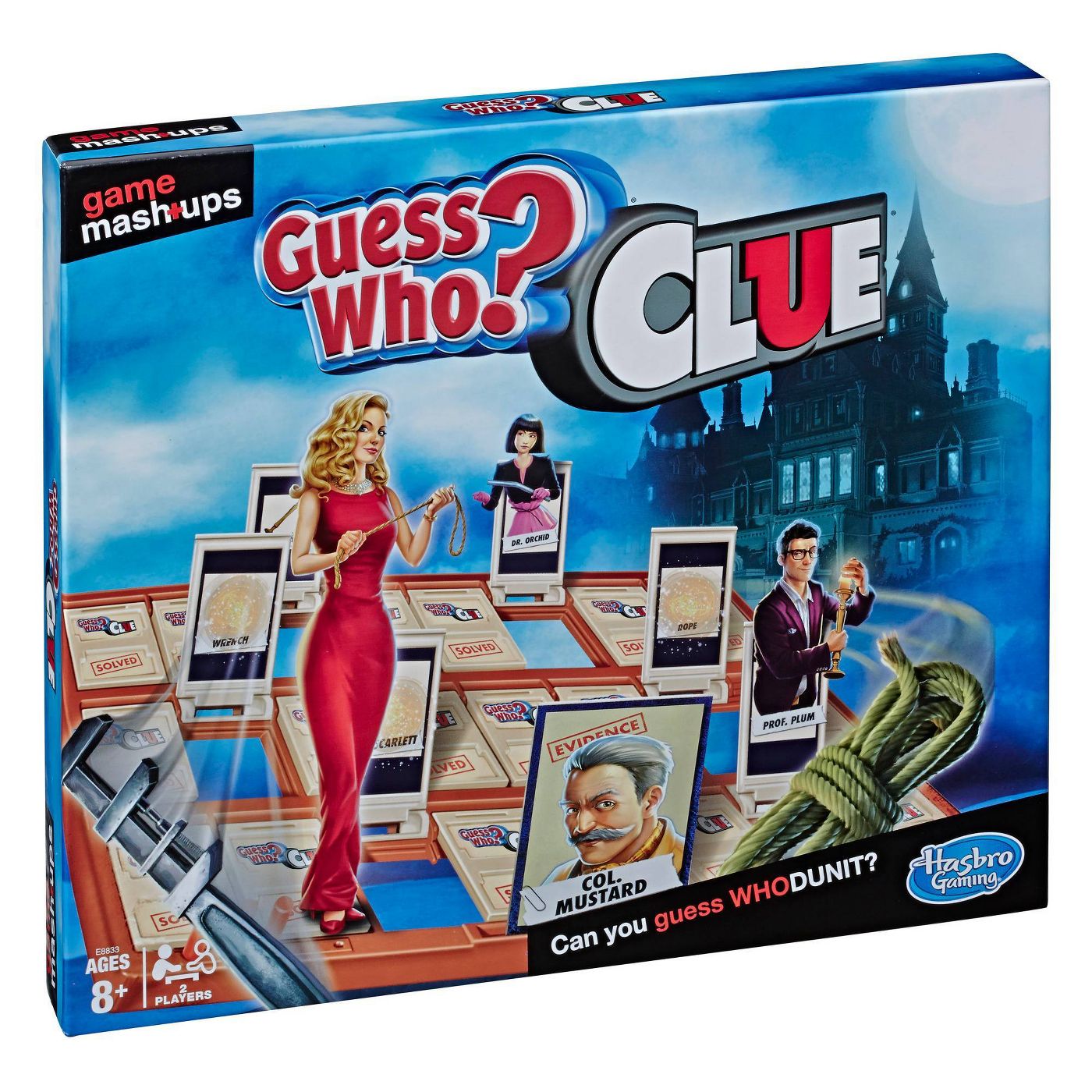 Players try to guess the suspect, murder weapon, and scene of the crime by asking yes or no questions about their opponent's cards in the grid. 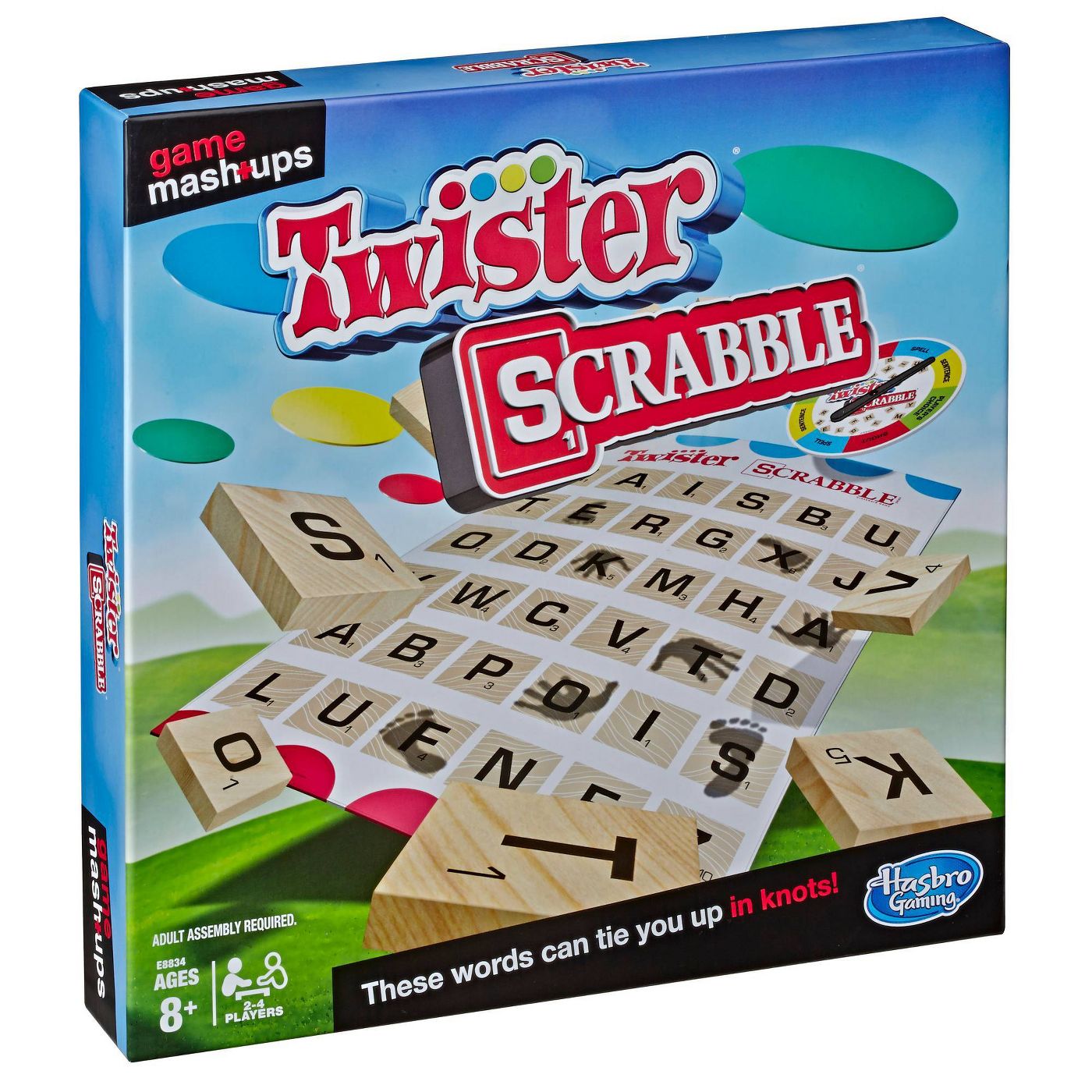 The designated judge spins the spinner and calls out a challenge based on where it lands, and then chooses a starting letter. Then the twisting, shouting, and laughing begins! Players place their hands and feet on the mat to make a word. Then depending on where the spinner has landed, they try to be the first to shout out, spell out, or use the word in a sentence to win the round. 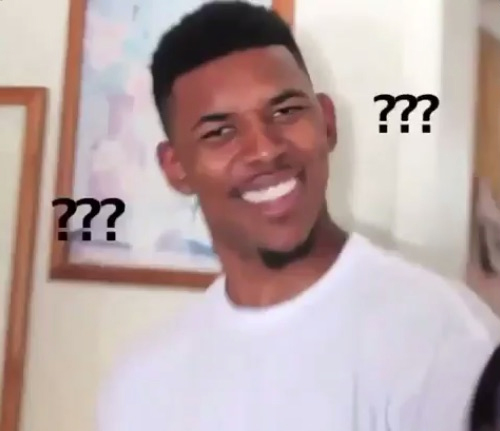 Monopoly Twister: Mat of jumbled Monopoly properties. Spinner determines a body part, which you can place on any open property. Claim the most property sets before you collapse.