For the first time since November 2018, an act not named Panic! at the Disco is No. 1 on Billboard's Hot Rock Songs chart.

Also on this week's chart: EVERY song on The Strokes' latest album.

Idea: "We Didn't Start the Fire," but the lyrics are all targets of "fellas, is it gay" mockery.

An MP3 player. A phone booth. A sports car. A hot tub. 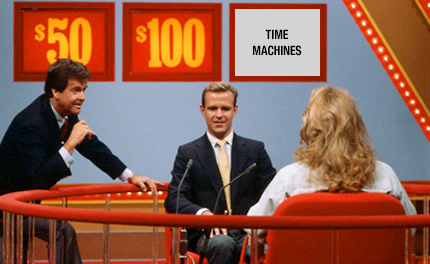 Each track they select sends them back to that time period to meet the artist. [source]

Track: Aaliyah – "Age Ain't Nothing but a Number."