Jumbo
When the new amusement park attraction, The Move It, arrives at the local carnival where she works, Jeanne's life is forever changed. With Jumbo, her pet-name for the twirling machine, what's not to love? He's pretty, fun and single. But how can they be happy when the world around them doesn't understand? 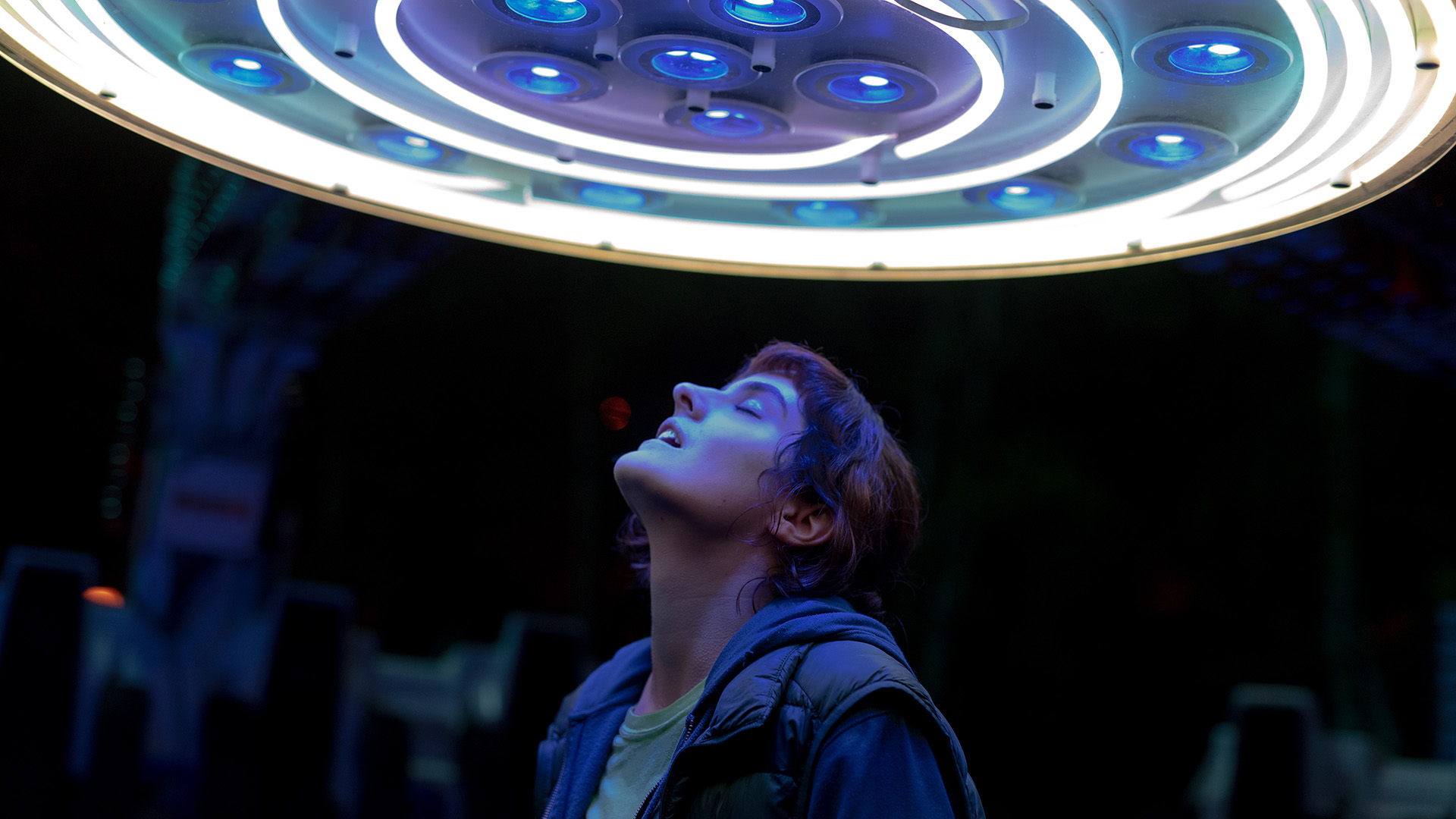 Can a misfit girl fall in love with a carnival ride?

A 25-foot-tall carnival ride seduces the amusement park janitor as she spit-cleans his bulbs.

Objectophilia — lust for the inanimate — is real. In 2013, a Florida woman married a Ferris Wheel named Bruce, after a three-decade courtship. More famously, objectum sexuality spokeswoman Erika Eiffel, took her spouse's last name, and when she separated from the Parisian tower, rebounded with the Berlin Wall.

Jeanne's cellphone nearly causes her to slip off her boyfriend's fulcrum before the machine lowers her down like Superman rescuing Lois Lane.

This year there have been three thrillers that share the same moniker: Vladislav Khesin's Alone; John Hyams' Alone; and Johnny Martin’s Alone.

Hyams' Alone is the remake of a Swedish thriller called Gone but, in an ironic twist, those involved with the film opted to zero in on a new title because they felt there were too many films with that title already.

They settled on Alone, and it wasn't that long ago when Hyams logged on to Facebook to see a friend of his, Martin, promoting his own thriller called Alone. The two titles are being released within weeks of one another.

"Hopefully we all benefit from having the same title."

Hyams is alone in his reaction. The other filmmakers did not respond to requests for comment. [source]