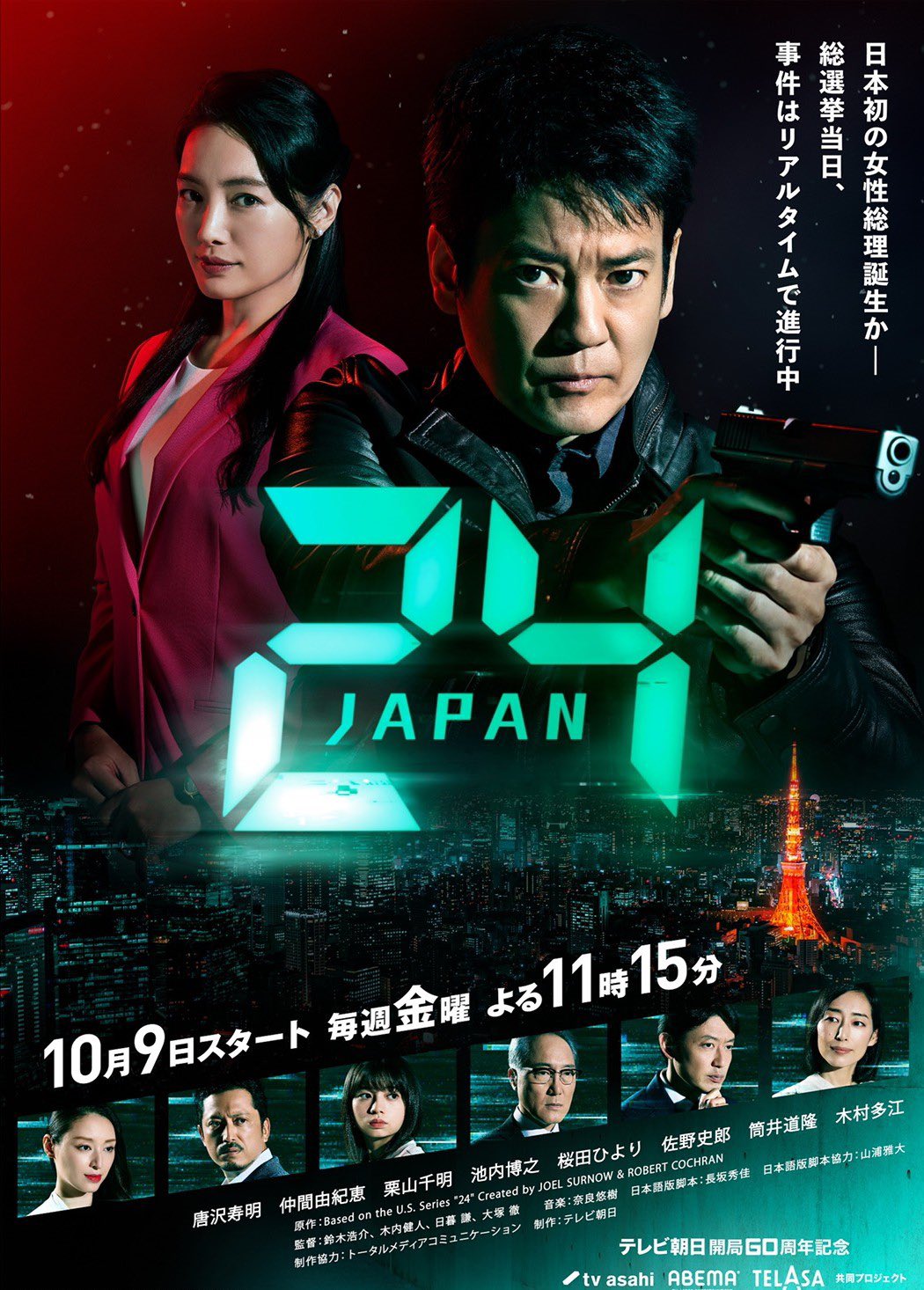 Did you know that a Japanese adaptation of 24 is currently airing?

The series focuses on Genba Shidō, who works for the Tokyo–based Counter Terrorist Unit, his family, and a plot to assassinate Urara Asakura, who is set to become the first female prime minister of Japan.

Production of the show was allowed on the basis that 24 episodes would be presented in two seasons.

A commonly expressed concern was that the type of gun-related violence and terrorism portrayed in the American series would not be realistic in a Japanese setting, since a major terror attack had not occurred in Japan since the Tokyo subway sarin attack on 20 March 1995.

There was also concern that Toshiaki Karasawa was not the best choice to fill the role of Genba Shidō due to the age difference between him and Kiefer Sutherland at the onset of 24 in 2001 (Karasawa was 57 at time of filming; Sutherland was 34).

In November 2020, Fox announced a new primetime version of Name That Tune hosted by actress Jane Krakowski, which premiered on January 6, 2021.

It was filmed in Australia with American expats as contestants. [source]

American contestants will be flown to Portugal.

Neither snow nor rain nor heat nor gloom of night stays Fox from the swift completion of its shitty game shows.

How long until a scripted American show that's set in America films entirely in the United Kingdom with an entirely British cast? They all play Americans nowadays anyway.