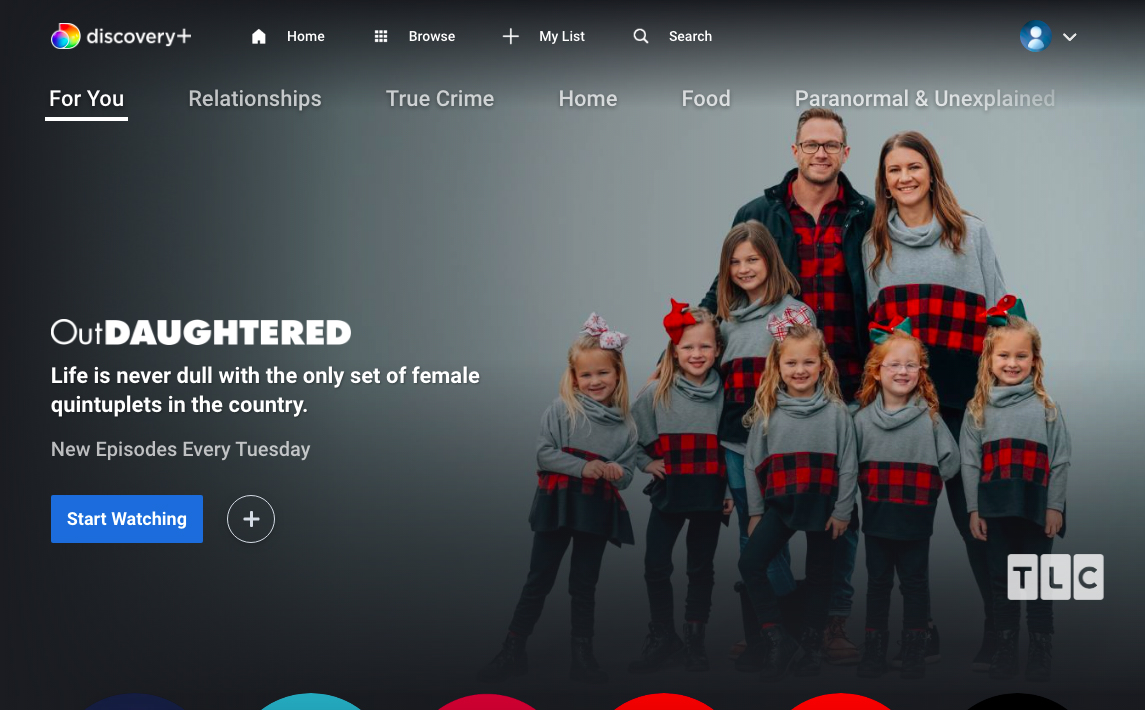 "Nature" is tenth on the list of categories, probably where music videos would be on an MTV+.

Episode five is available for purchase on Amazon, though, so it's not because a contestant murdered someone.

Paramount+ could've launched this Thursday with Coming 2 America, but Paramount sold it to Amazon instead, which will premiere it this Friday on Prime Video.

And Nickelodeon is producing a live-action adaptation of Avatar: The Last Airbender for Netflix.

Peacock or HBO Max could've had Ted Lasso, but NBCUniversal and WarnerMedia, which produce the show and own Peacock and HBO Max, respectively, foolishly sold it to Apple.

Mr. and Mrs. Smith was released by 20th Century Fox, but given the press release for the new series makes zero mention of 20th Century Studios or Disney, I guess New Regency (who produced the film and are making the show with Amazon) owns the title apart from that movie.

How bad must The Woman in the Window be for Disney to sell it to Netflix?