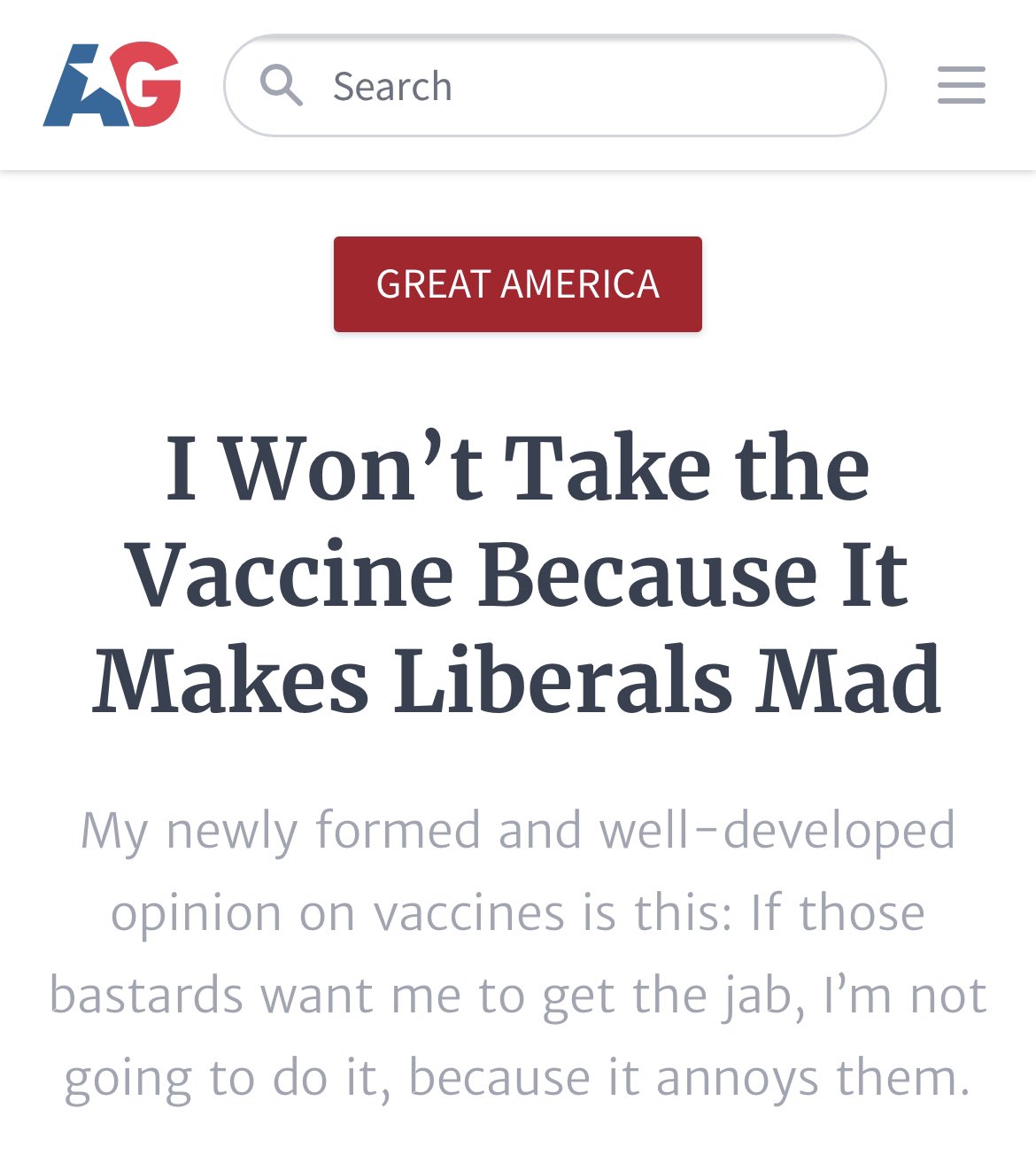 African dodger, also known as Hit the Coon, was a popular American carnival game from the late 19th century up to the mid 1940s. It involved an African-American man sticking his head out through a hole in a curtain and trying to dodge balls thrown at him. People were sometimes seriously injured or reportedly even killed after being struck.

In response to attempts to ban it, a less dangerous game was invented: the African dip, in which a person was dropped into a tank of water if a target was hit by a ball. […] The illustration accompanying the article shows a game labeled "Drop the Chocolate Drop" and is captioned "Amusing to All but the Victim."

Idea: In MAGA/Q-infested areas, if you get vaccinated, on your way out, you can try to dunk a volunteer lib, Black/transgender teenager, Asian octogenarian, et al.

Do you think Supreme has tried to brand vaccine syringes?

Imagine if COVID-19 zombified you.

Imagine a Trump rally in an open carry state.

Imagine Trump zombifying during his speech and attacking the crowd.

Would anyone at the rally shoot to kill him?