Look at this fucking pool deck: 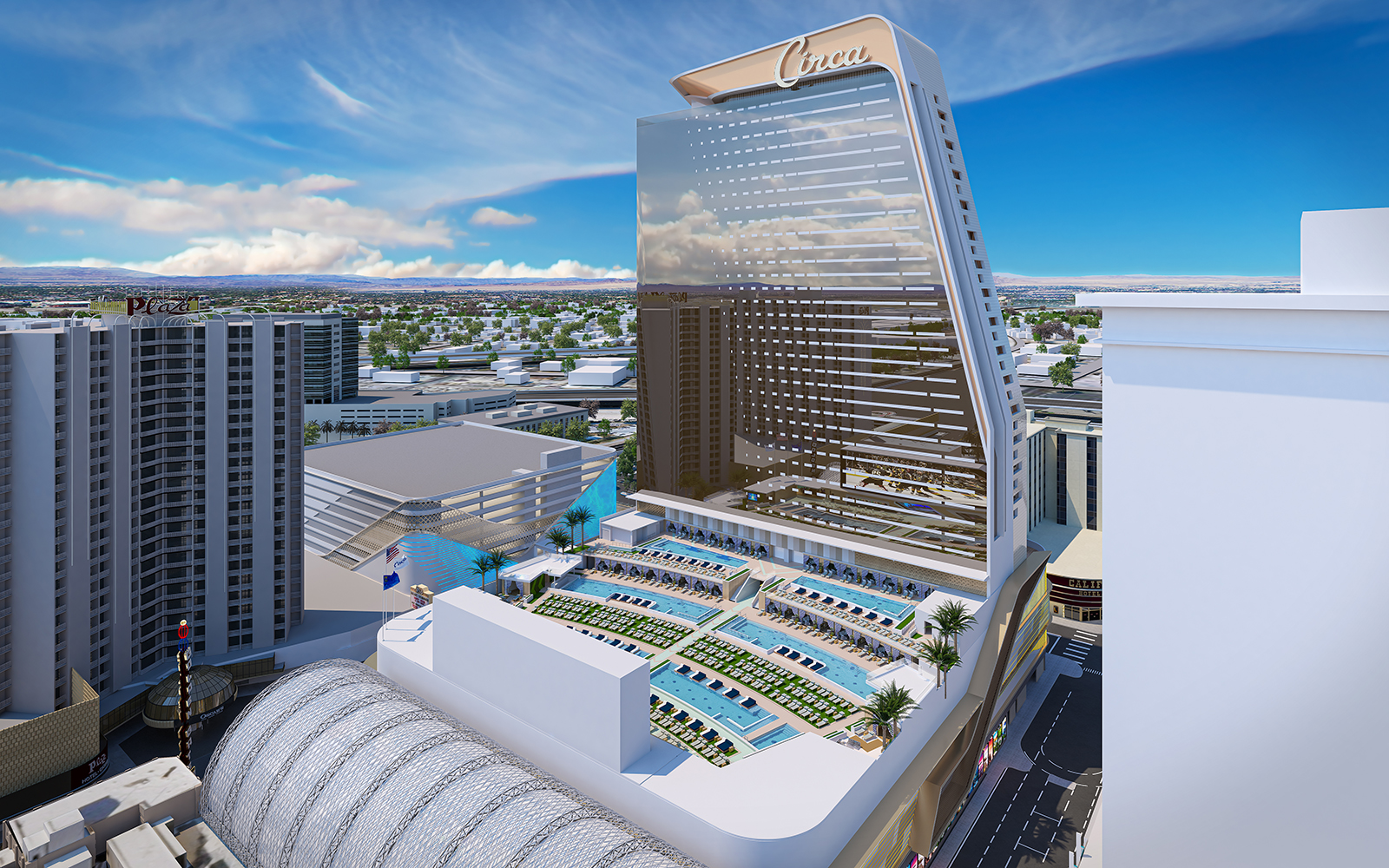 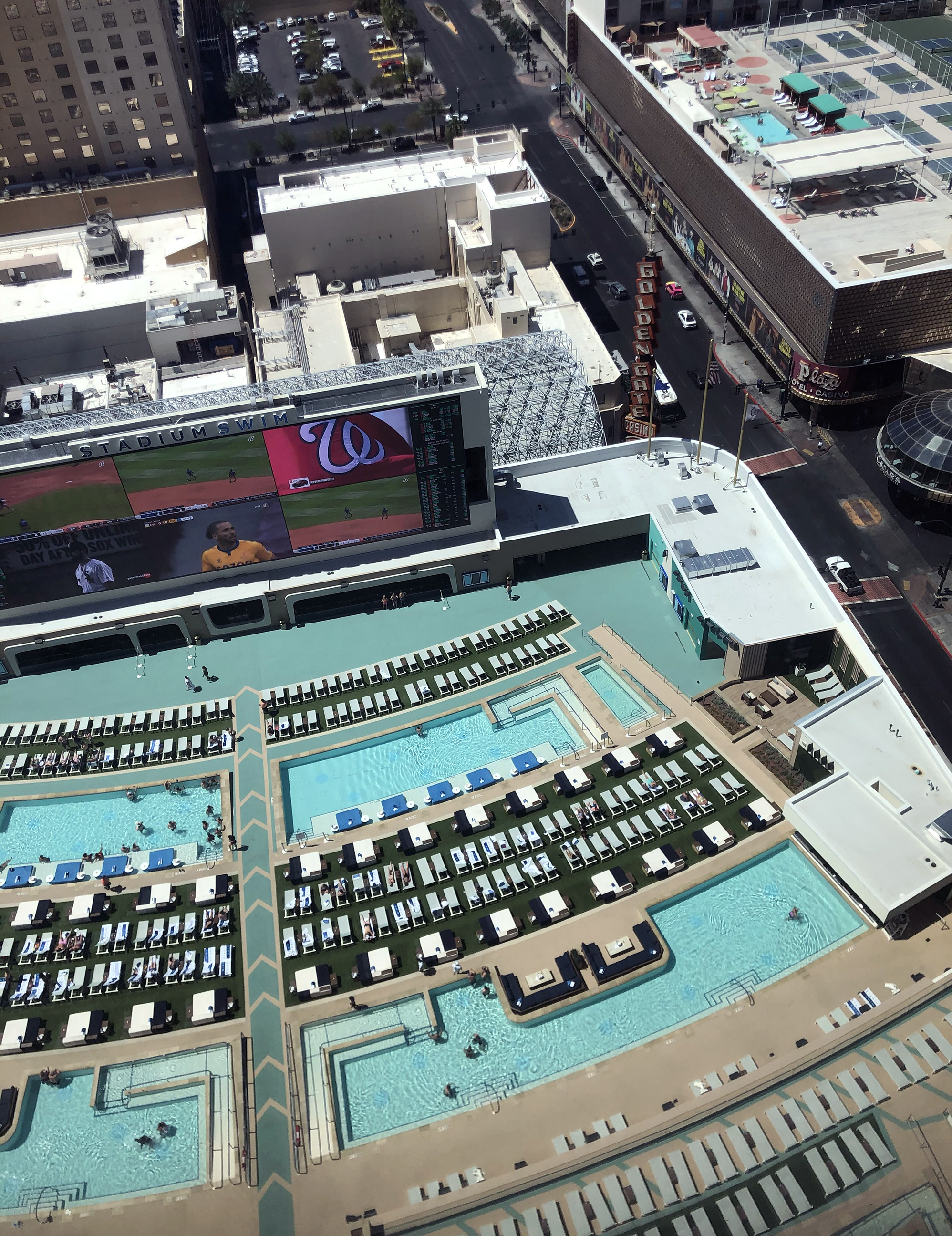 A tale of two pool decks. You have to pass through a metal detector to enter Stadium Swim.

Circa is home to the largest sportsbook in the world, the largest pool amphitheatre in America, and the longest indoor bar in Nevada. No facial tissue in its rooms, though.

All the standalone cocktail lounges on Strip casino floors look the same, but were designed by different firms.

Massage girls are back! At least, downtown.

Tilman Fertitta is a broke boy who owns Golden Nugget Las Vegas, which owns the biggest gold nugget in existence.

Replicas of the nugget are on display at a number of Golden Nugget casinos. [source]

For the second time, I witnessed someone get a royal flush playing Pai Gow Poker.

I got bailed out by a five of a kind playing DJ Wild.

Has NBCUniversal tried to license The Office and Fast and Furious as slot machine themes?