The first NFT collection will include 100 silver and gold tokens, with coins granting access to the "Mandelaverse Gala." The holder of one gold coin will also be eligible for a trip to Johannesburg, South Africa, which comes with a private safari.

"My father was a great champion of education and believed it was the most powerful weapon we could use to change the world. Web 3.0 holds the promise of a decentralized, community-driven paradigm shift that will allow a new generation to democratize and restore the power of creators," Princess Zenani Mandela Dlamini said.

Other projects expected to come from the Mandelaverse IP are expected to include works across TV and film, including a documentary about Mandela's legacy and an animated series. 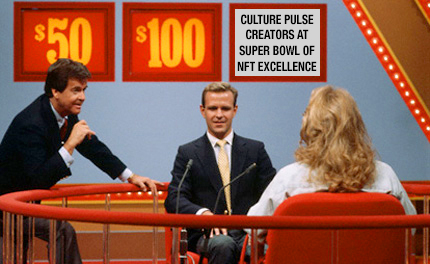 Prince: The Immersive Experience will debut in Chicago on June 9. The exhibition will feature 10 rooms modeled on aspects of Prince lore, including a working reconstruction of Paisley Park's Studio A, a walk-in recreation of the Purple Rain cover art, and "an audiovisual dance party designed by Prince's lighting designer Roy Bennett."