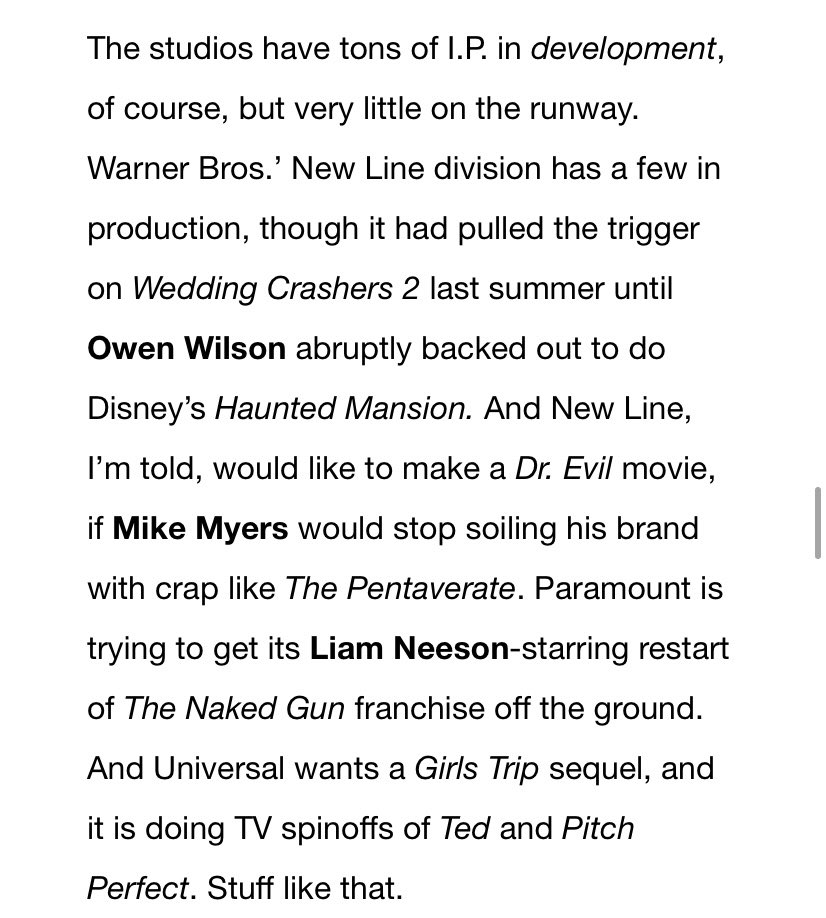 We are not talking enough about Paramount wanting to reboot The Naked Gun with LIAM NEESON.

Combining elements of Yogi Bear with The Sopranos, Breaking Bear follows three bear siblings who decide they have to start selling drugs in order to save their home after gas companies start fracking next to their cave.

The bears soon enlist other forest animals in a scheme that will pit them against the Russian mafia and polar bears who hate anything that isn't white.

Has anyone pitched a Blink-182 biopic?

McKern: They're by FAR the most dramatic '90s pop-punk band.

DESCRIPTION:
To save a kidnapped family member, an enterprising furniture tycoon must use his secret diamond smuggling operation to transport guns across the border.