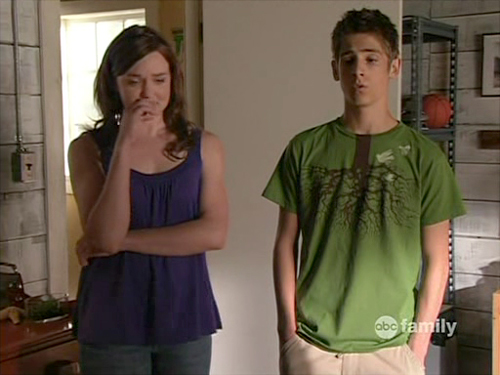 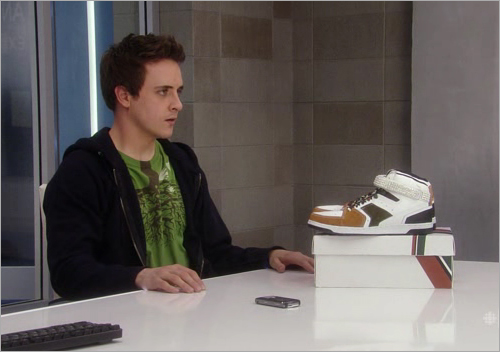 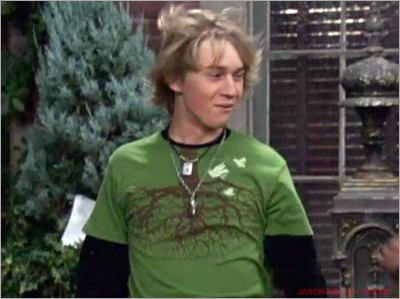 on Cory in the House

"What are you wearing?"
"This? This is…uh…Urban Outfitters."

Speaking of Disney Channel programming, I just learned that the actor who plays Hannah Montana's brother is 30 YEARS OLD! He sure fooled me…

The actor who plays his boss on the show is 13.

I thought The Shirt was one of Dobi's designs, but no. 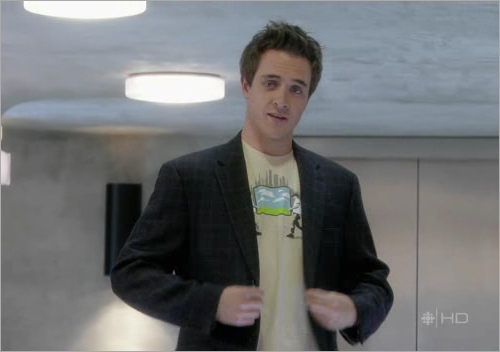 one of Dobi's shirts on jPod

My buddy Jose keeps urging me to buy a blazer.

"Jon, you need a blazer!"
"How long have we known each other? What makes you think I can rock a blazer?"

Now I own two pairs of pants, but I still wear the same pair of pants daily for a period of time before switching.

Because of winter, I've also been wearing hoodies. Like with pants, I'll wear the same hoodie daily for a period of time before switching.

I remember discussing hoodies with Mike Kelly some years back. I asked him why he wore hoodies with zippers and he replied that you can't take zipperless hoodies off without messing up your hair.

Another plus about hoodies that zip up in the front?

You can unzip them to show people in your office park that yes, you own other clothes and that yes, you change clothes daily — just not outerwear.

• I Am Tired of Spreading Cream Cheese on a Bagel for Myself
• Andrew Lloyd Webber says he will appear on "American Idol" as a guest "mentor" in April (Andrew. Lloyd. Webber. night.)