» In "Mac & Dennis: Manhunters," Mac and Dennis decide to hunt Cricket. Meanwhile, Charlie and Sweet Dee come to believe that they have a hunger for human flesh.

» "Manhunters" features Rambo references, tea-bagging, something called a Gorilla Mask and a debate about whether or not it's racist to not want to eat an African-American corpse.

Tagline idea: "It's goes there."

Fanboys receive a lot of shit, but if I was a movie director or television producer, I'd totally court them over fickle hipsters and casual viewers.

Fanboys will see your movies on opening weekend and mount campaigns to save your television shows. They'll buy your merchandise and discuss your work obsessively. Even if they hate you, they hate you passionately.

The thread on her cup size is three pages long.

If I hadn't gotten the role of Kumar, Dr. Sanjay Gupta and Fareed Zakaria would have had to fight it out between themselves.

John Cho on Harold and Kumar 3:

We'd like to do a Muppet Babies version, small pot-smoking version of us. It'd be cute. 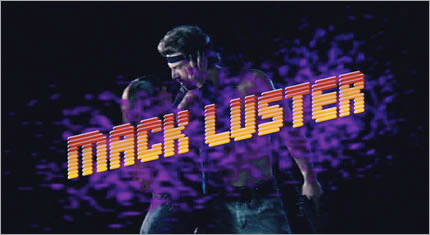 The three stages of hype:

1. Denial
Something good is popular? Bullshit. Nothing good can ever be popular.

2. Anger
Kayfabe and I, July 14:
—I'm really hoping Batman sucks
—why?
—to spite people
—I love batman
—more than any other man
—but the movie's not even out yet
—stop talking about how good it is and how heath is going to get an oscar
—its the same reasoning for why I want obama to lose

God forbid people's excitement be rewarded. They mustn't be satisfied.

3. Annihilation
Many reviews of The Dark Knight I've read focus on the film's flaws, seemingly to temper the hype.

We complain about all the shitty movies Hollywood produces, and when a decent one emerges, our first instinct is to tear it down.

What sadists and masochists we are.