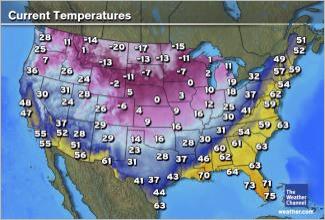 Did you know? San Diego State is number two in the country in undergraduate applications, behind (cough) UCLA.

related: Students at San Diego State were offered discount prices on cocaine as part of a campus-wide drug-dealing operation.

I like the last graf of the related article:

A "frat boy" in America usually displays many of the characteristics of a "rugger bugger" in Britain. They are known for drinking prodigious quantities of beer, as depicted by John Belushi in the film Animal House.

Where the Australian Christmas movies at? "Chestnuts roasting on a barbie grill…"

An Australian production company [has] secured the rights to "The Phantom Legacy," a follow-up to the 1996 film "The Phantom," which starred Billy Zane as the masked hero who fights evil from his jungle headquarters. [source]

In purple spandex. With a horse named "Hero." And a wolf. It's easily one of the lamest films I've ever seen on opening day.

Joel Schumacher was considered to direct the film. Zane won the part after competition from Bruce Campbell.

At the end of season two, I wrote that the problem with Dexter is that you know he's never in real trouble, but I now think the problem is that he doesn't face any real consequences. God mode tempers dramatic efficacy.

You'd think a serial killer would know how to bind someone properly.

What was the point of the Asian IAD lady?

Next season: More of LaGuerta's friends will die!

Joan on Mad Men is engaged to the impressionist on Undeclared:

• Family angry that supermarket won't personalize cake for their son, Adolf Hitler Campbell
• I was like a hyena
• D.I.Y MFOS WP-20 built from junkbox parts
• This band makes me want to shoot myself