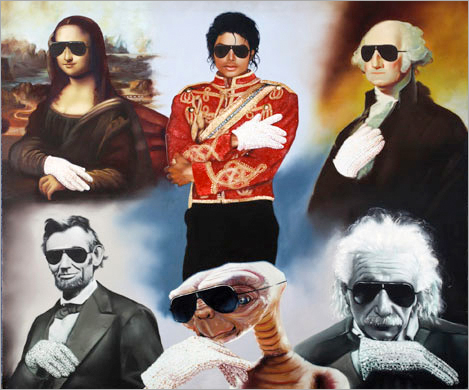 THIS IS AN ACTUAL PAINTING MICHAEL JACKSON COMMISSIONED. 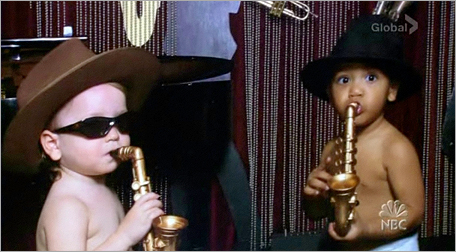 I haven't worked out the logistics, but sequester a newborn baby boy so that he grows up without any human interaction. He can only observe human behavior in films and books and on television and a restricted Internet.

Then, on his 18th birthday, release him into the world and document what happens.

Fox is releasing both Street Fighter: The Legend of Chun-Li and Dragonball Evolution.

Idea: A television adaptation of Marvel's What If…? comic book series.

Plenty of existing material to work with:

WHAT IF WOLVERINE BECAME A CRAZED VIGILANTE DURING PROHIBITION! Who wouldn't want to see that?

And this is merely what Marvel has published. Imagine the scenarios the writers of, say, Nip/Tuck could dream up.

» What if Captain America had lived in the American Civil War?

Idea: A dramatization of a contemporary American Civil War.

I secretly hope that America descends into civil war again. I think it'd be fun to align with a side and participate in combat in America as we know it.

Why is this not a video game? Call of Duty 5: Modern Civil Warfare.

In 2003, I read about In Smog and Thunder, a mockumentary about a Californian civil war told through artwork.

I wish it was a live-action film.

They have a naval base; we have BART cops.

It's time to retire "Rain in Los Angeles is a big deal" as an observation.