A 23-year-old UK student has created a cellphone app that scans DVD barcodes and automatically starts a BitTorrent download of the movie onto your home computer. [source]

a pervert (or a pirate)

They could be a party game, like The Game of Sniglets.

"Baskin-Robbins."
"Hello. This is Robbie Grey from Modern English. I heard that your company is crafting a new television ad campaign. Well, have I got a song for you!"

"What other foods melt? Come on! Think!"

"And now, the world premiere of Modern English's new single 'It's So Crunchy.'"

Henry Rollins will guest star on the second season "Sons of Anarchy."

Rollins is expected to appear in at least six of the 13 episodes playing a new antagonist who poses a deadly threat to the Motorcycle Club. [source]

The first thing my boss does when he arrives at work is head to the restroom to poop. Every day, he arrives and then promptly disappears for 10-15 minutes.

If the first thing you do when you arrive at work is poop, wouldn't it be more sensible (not to mention comfortable) to poop at home before leaving for work?

Maybe he has a public pooping fetish. 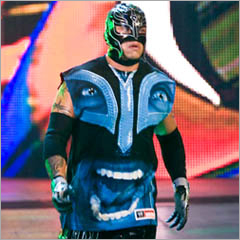