Alaska Airlines' snack packs include a packet of Emergen-C.

It is impossible to not look like a douche sitting on a shoe shine stand.

The Space Needle should be the tallest structure in Seattle.

All five are the tallest structures in their associated cities. The Space Needle, however, is a visually unimpressive sixth tallest.

In a security queue, I saw a guy wearing a Jamarcus Russell Raiders jersey unironically and a guy who was too old to be wearing a Propagandhi hoodie.

Note to self: People with pierced cheeks are employable as cashiers at cupcakeries.

Crossroads Trading Co. will donate five cents to a local charity every time you choose not to take a plastic shopping bag.

If you bring your own bag, Crossroads Trading Co. loses money.

Why not just not offer plastic bags to customers?

The name of Paul Newman's character in The Color of Money is Fast Eddie Felson. 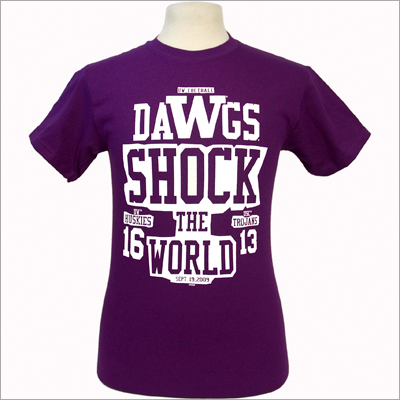