In all seriousness, congratulations to Quebec for winning the Canadian medal count. 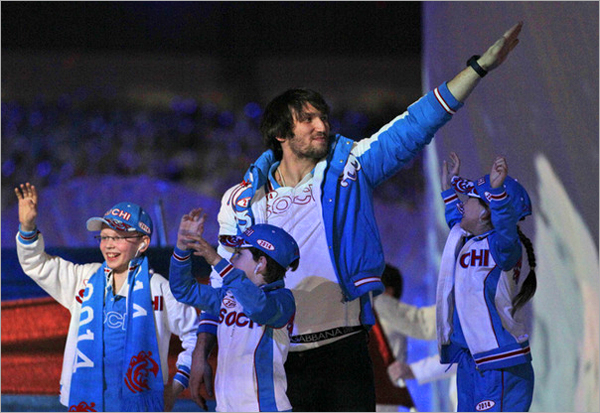 RE: Lollerpalooza
At least it wasn't The Who.

How do you not end with Arcade Fire playing "Wake Up"?

What if McCartney performs "Champagne Supernova" with Oasis?

Despite stocking 100,000 condoms (14 per resident), Vancouver's Olympic Village ran out midway through the second week of the games.

—mario and sonic at the olympic village

Apolo Ohno is way too happy to place second or third. Half-Asian indeed.

Chris Andersen's mustache is mesmerizing. He should grow it into a Birdman-chu.

Robbie Hummel is only a junior? I feel like he's been playing at Purdue forever.

On Hummel's teammate Chris Kramer:
If you're still playing college basketball as a senior, you probably shouldn't be majoring in "organizational leadership and supervision."