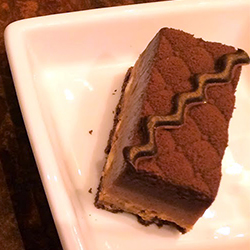 Pretzel Bar (The Buffet at Wynn)
—The best buffet item in all of Las Vegas – confectionery crack. 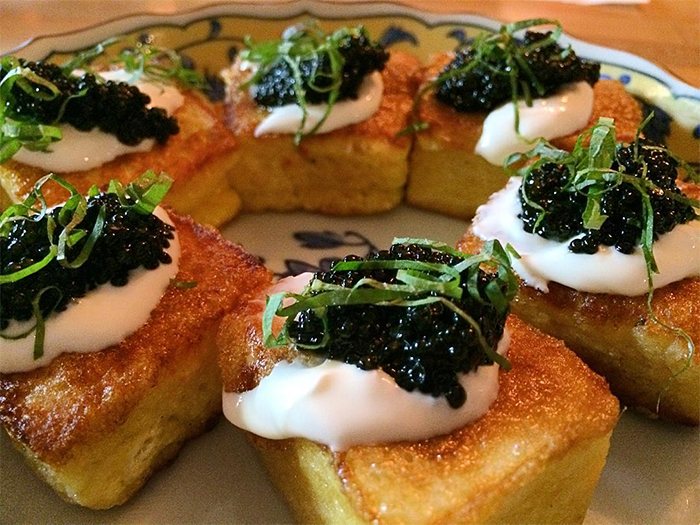 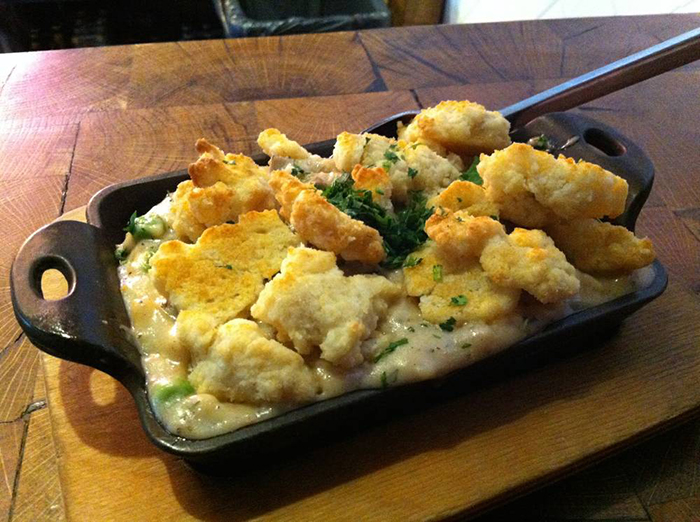 No longer on the menu, though. 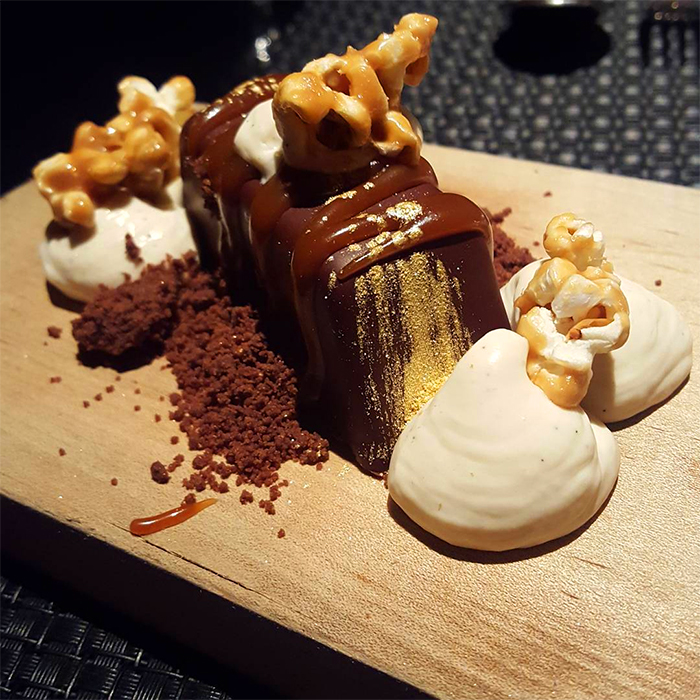 I couldn't discern the foie gras. It's seemingly included just so the restaurant can charge $20 for a candy bar. 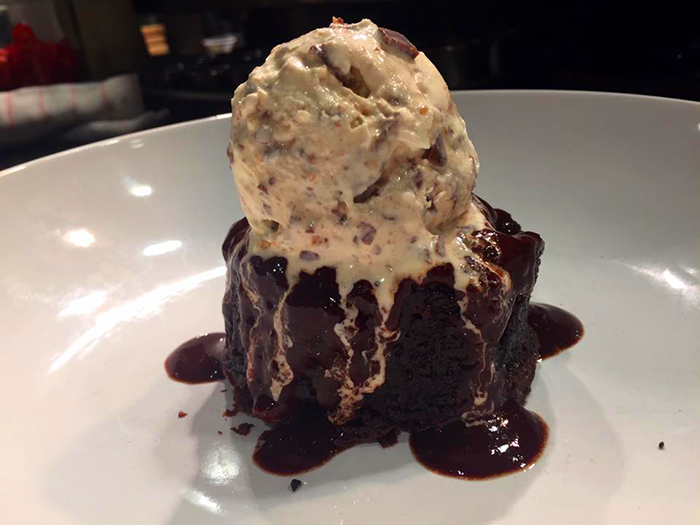 You are given vanilla bean, and if you can guess the rest of the flavours correctly, this $18 dessert is free.

One didn't taste like anything. Some kind of cream-flavoured ice cream? A: Extra virgin olive oil.

Whole charred scallions killed this salad for me. This is what salads are like in San Luis Obispo?

I ordered this salad primarily to try its beer vinaigrette, which tasted like honey mustard.

SkinnyFATS is located in a nondescript office park in the hinterland, but was packed when I visited, presumably with locals.

Its concept is parallel menus – a skinny menu and a fat one. Each healthy menu item has a corresponding "happy" version.

So instead of ordering this healthy sandwich:

I opted for its "happy" counterpart: 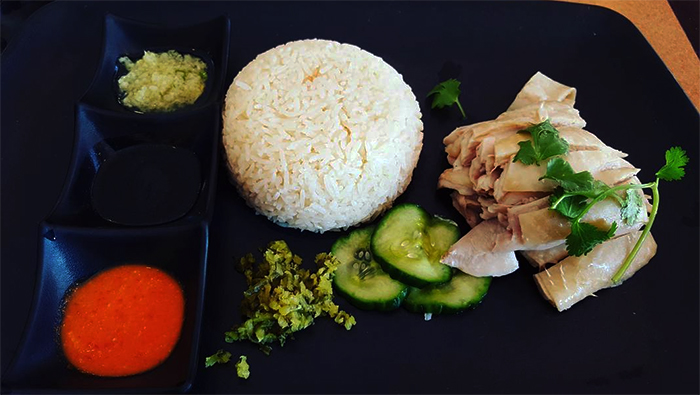 It's not Nong's khao man gai, but it's good. I appreciate that the chicken is boneless. 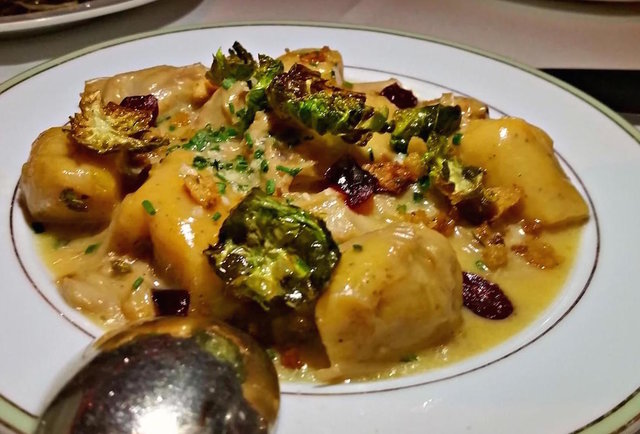 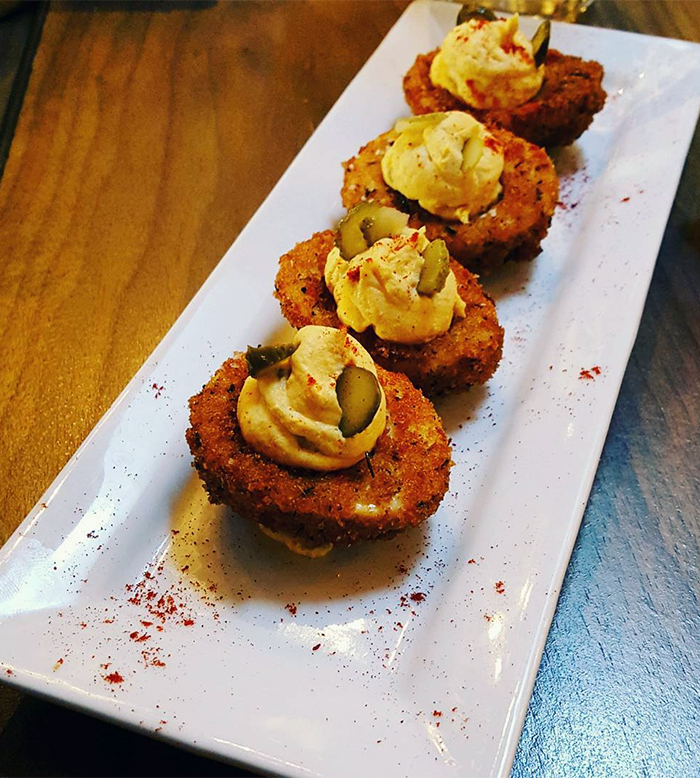 They reminded me of eating a po-boy. 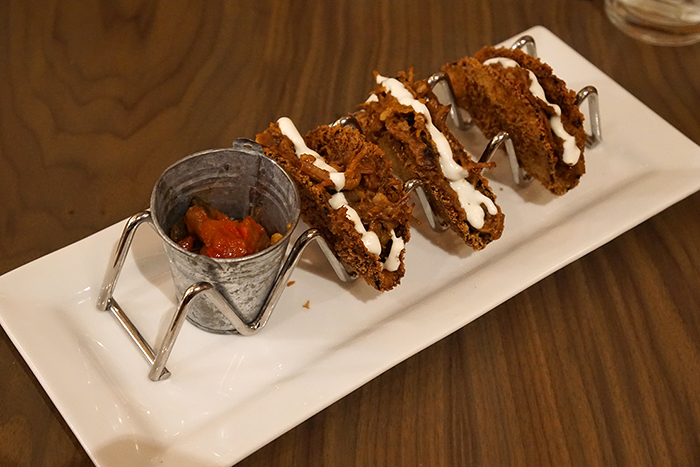 I dug the smokiness of the carne asada, and fuckin' adored the beef head. Best thing I ate in Las Vegas this trip.

Worst thing I ate in Las Vegas this trip. A sodding rip-off at $22. I only ordered it because it's poke served with green onion pancakes. Well, [shocker!] they don't pair well.

The best restaurant I ate at in Las Vegas this trip was Yonaka Modern Japanese. 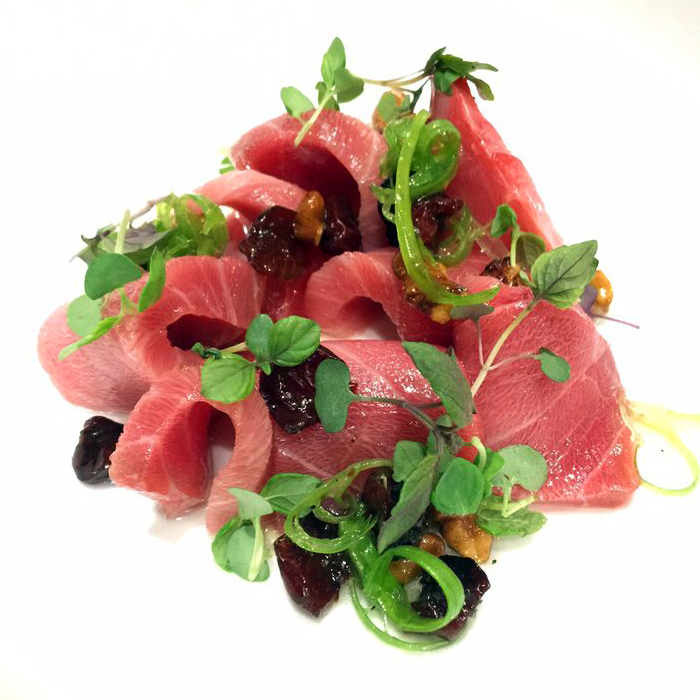 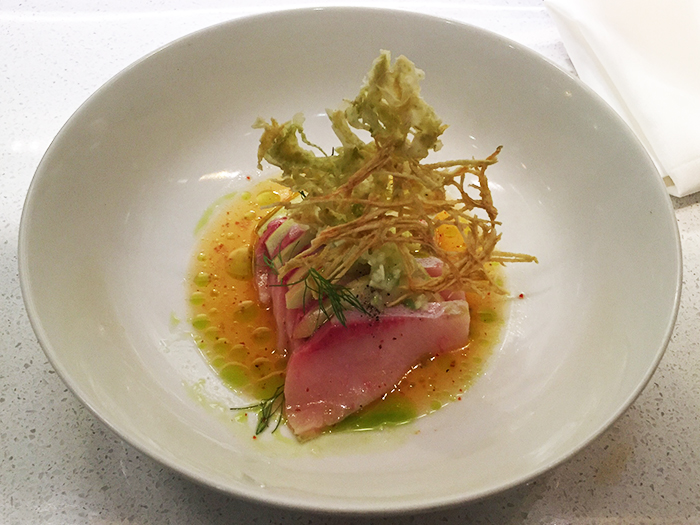 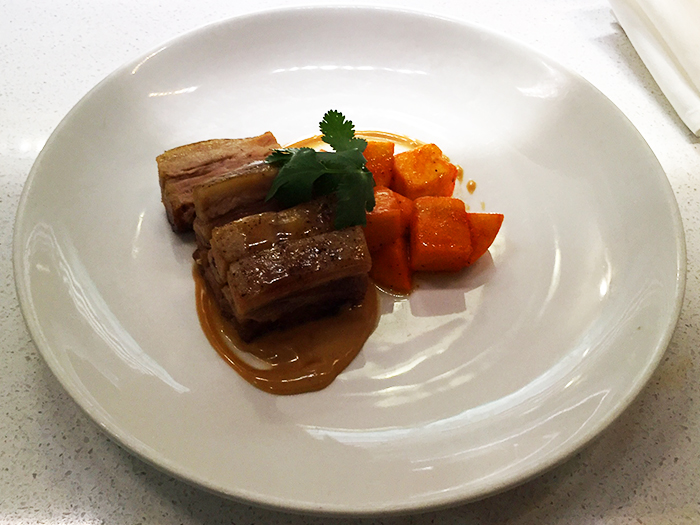 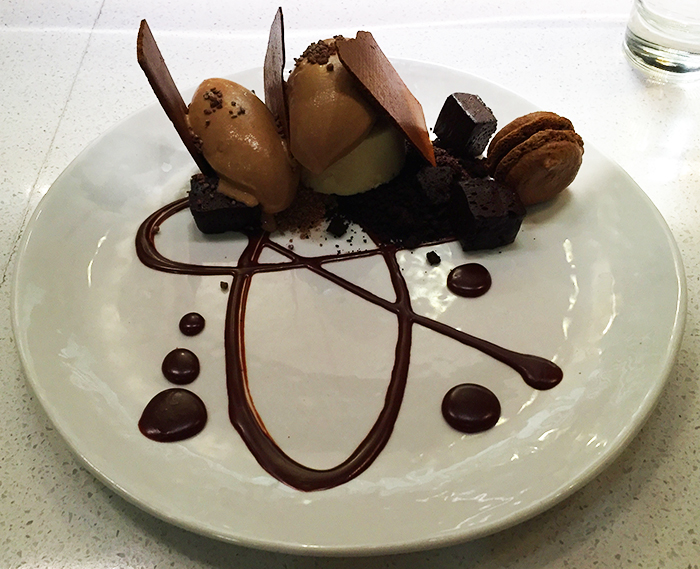 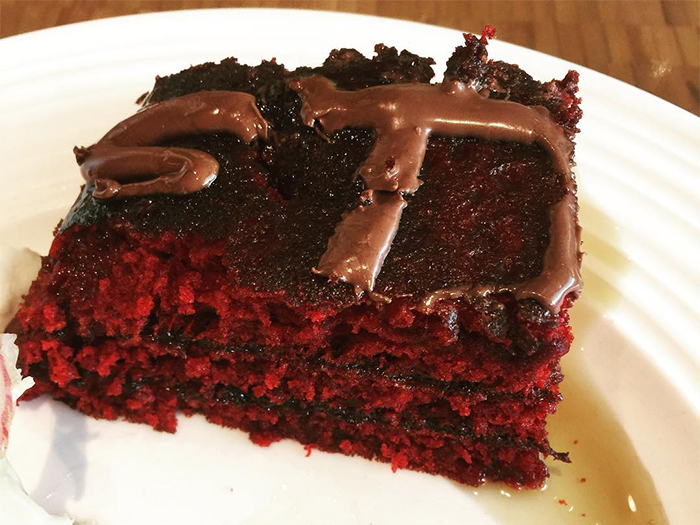 Breakfast Calzone (The Buffet at Aria)

I know, I know. Buffet food? From a mid-tier buffet, no less?! I couldn't believe it either.

The Red Velvet Nutella Pancake is a tire-sized [in diameter] layer cake, served in slices.

1. Why am I seeing unpeeled cocktail shrimp?

2. The Buffet at Wynn has the best fried chicken.

3. To my dismay, The Buffet at Wynn discontinued the best buffet item in all of Las Vegas.

4. The new best buffet item in all of Las Vegas is a Made-to-Order Crepe (Bacchanal Buffet) with Nutella and strawberry sauce. 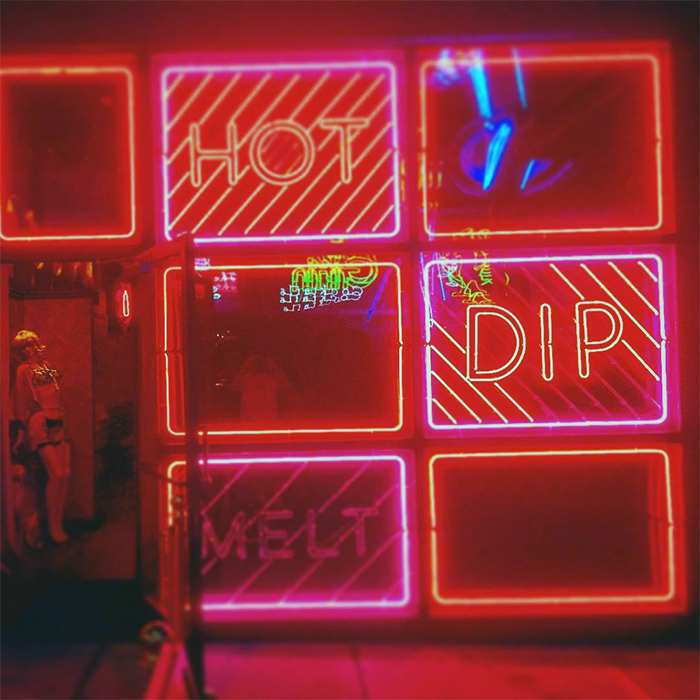 What is that place? I wondered. 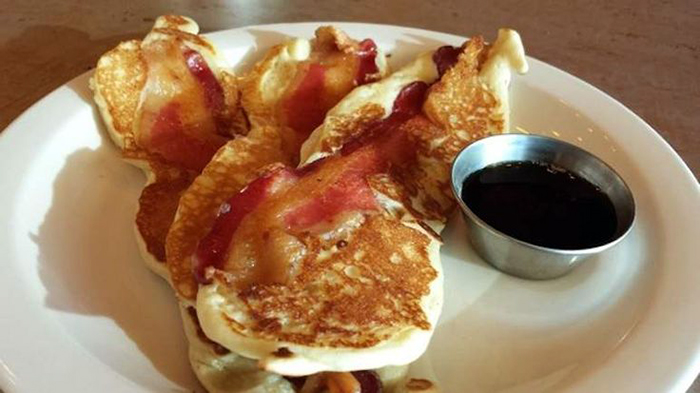 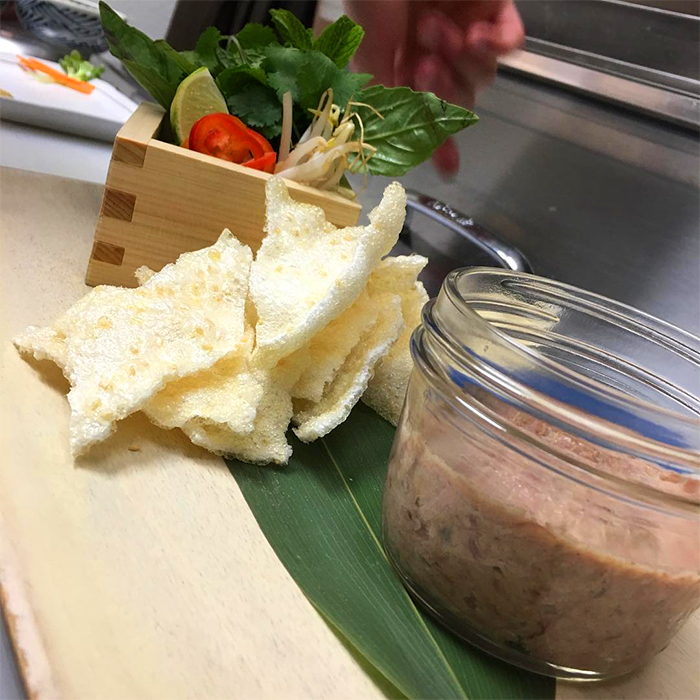 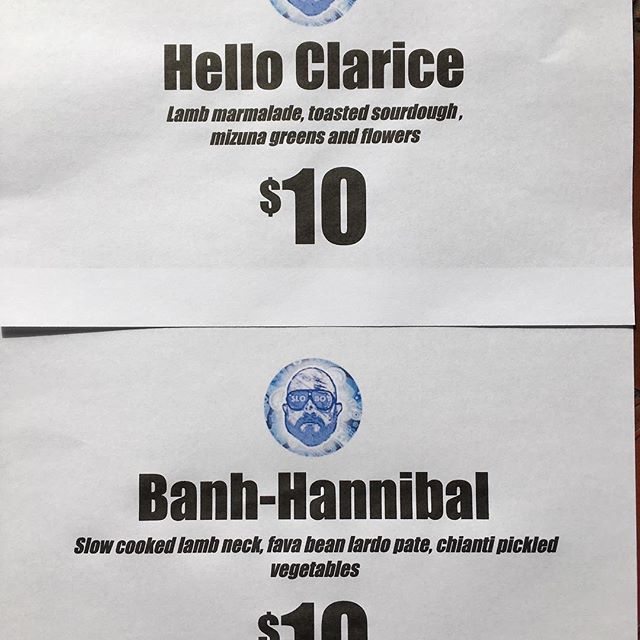 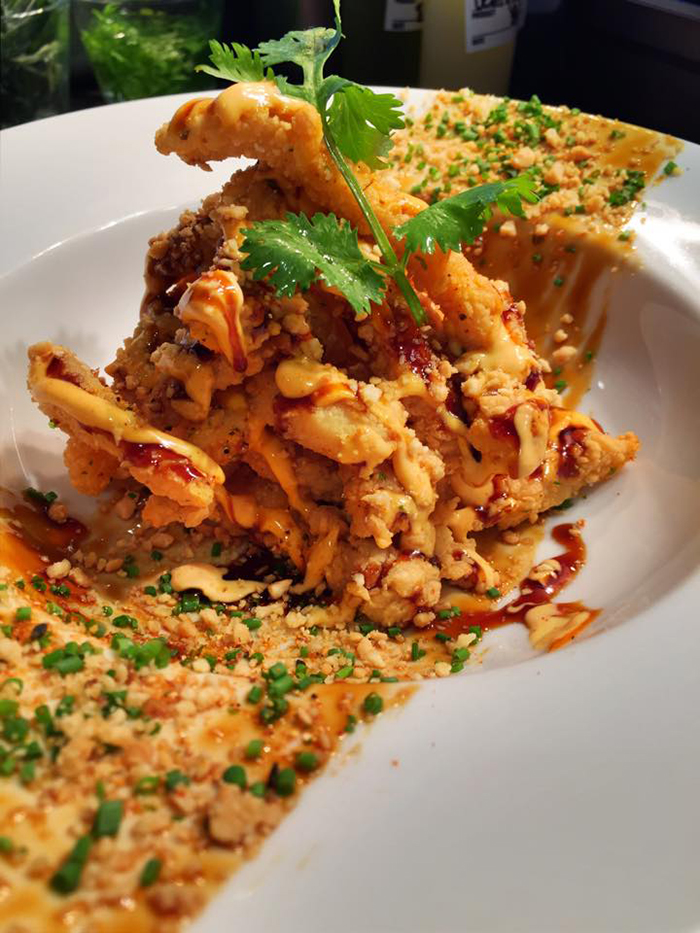 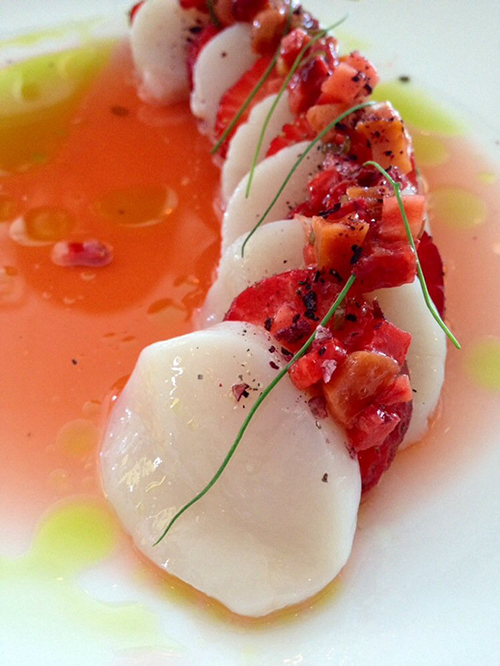 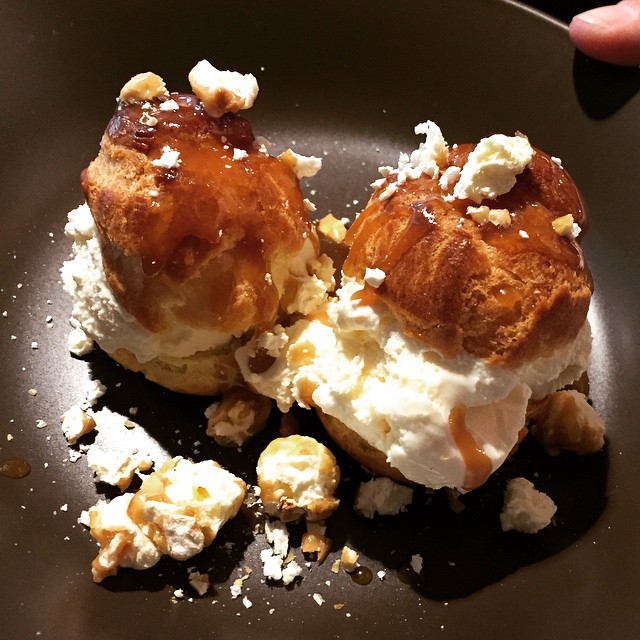 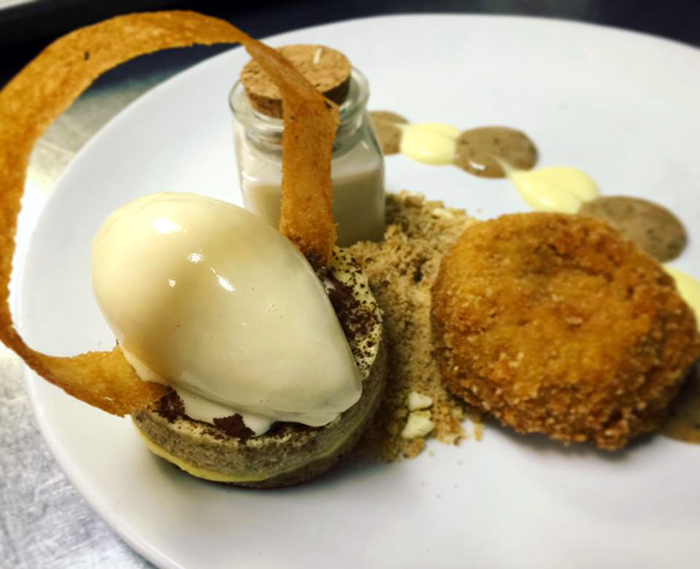 Chow is a combination Chinese and Southern food restaurant.