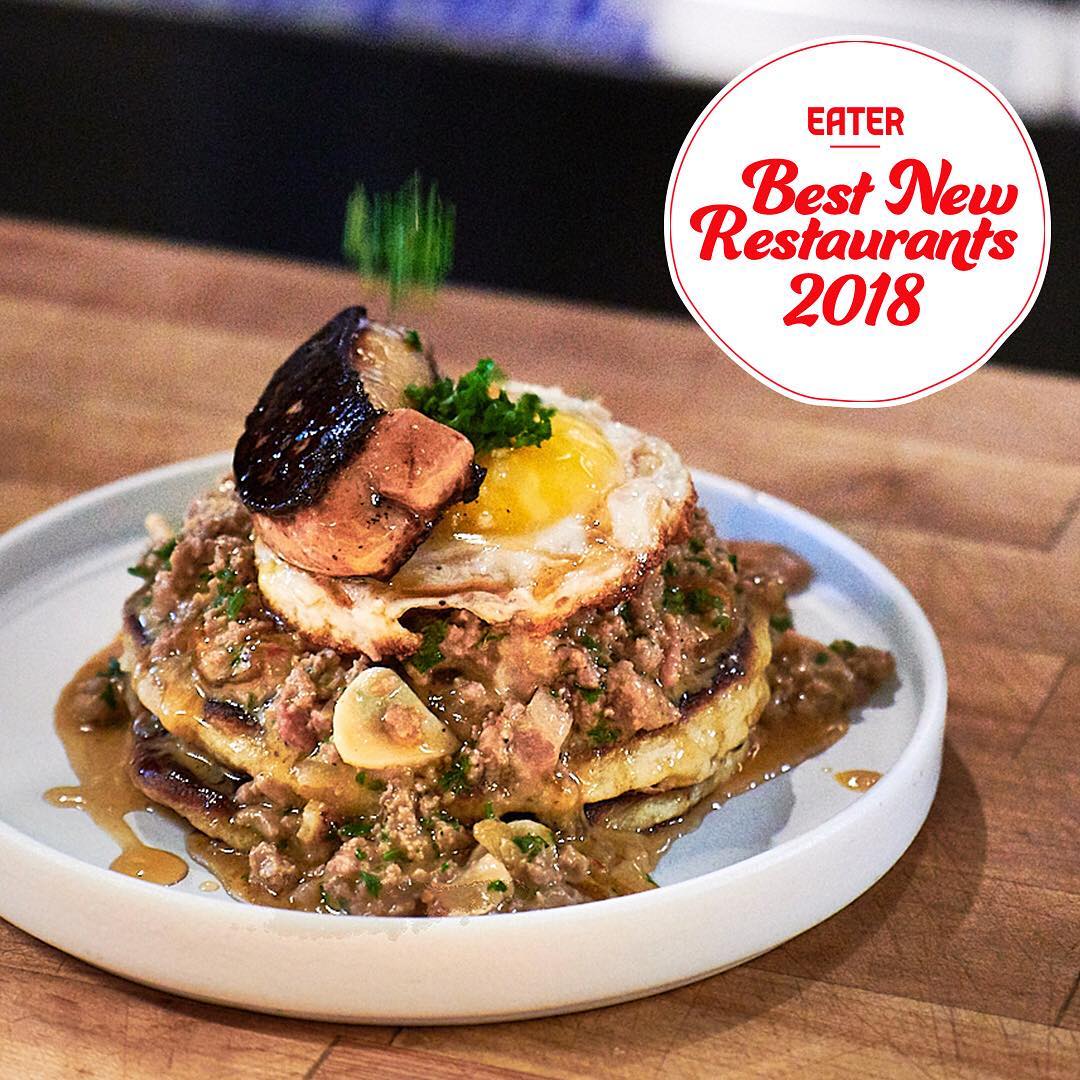 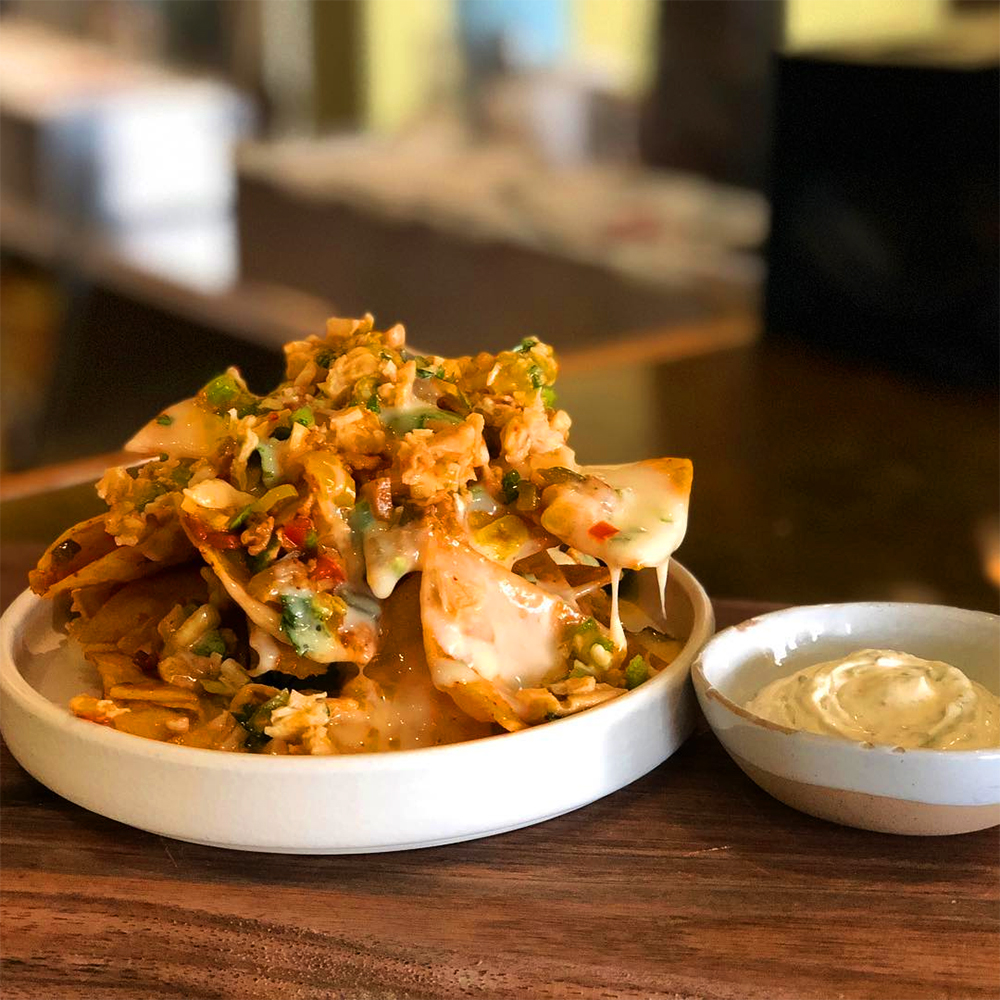 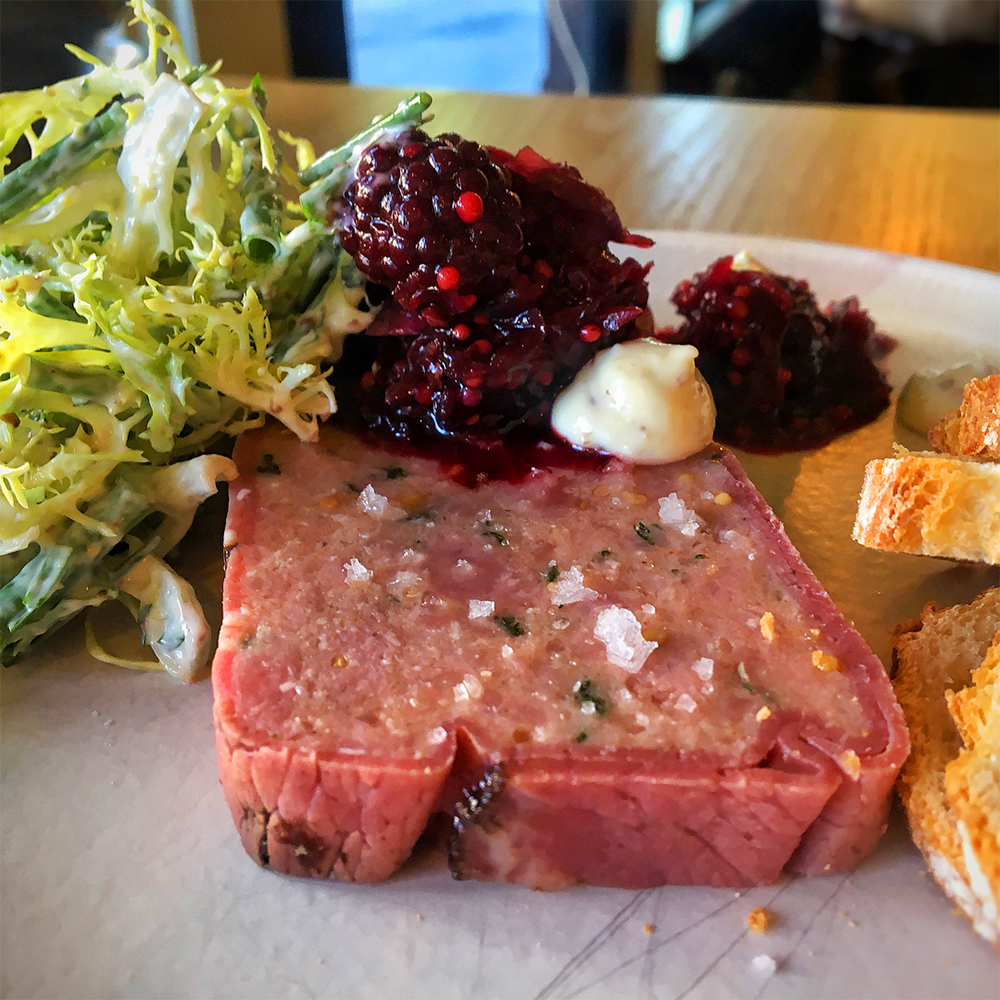 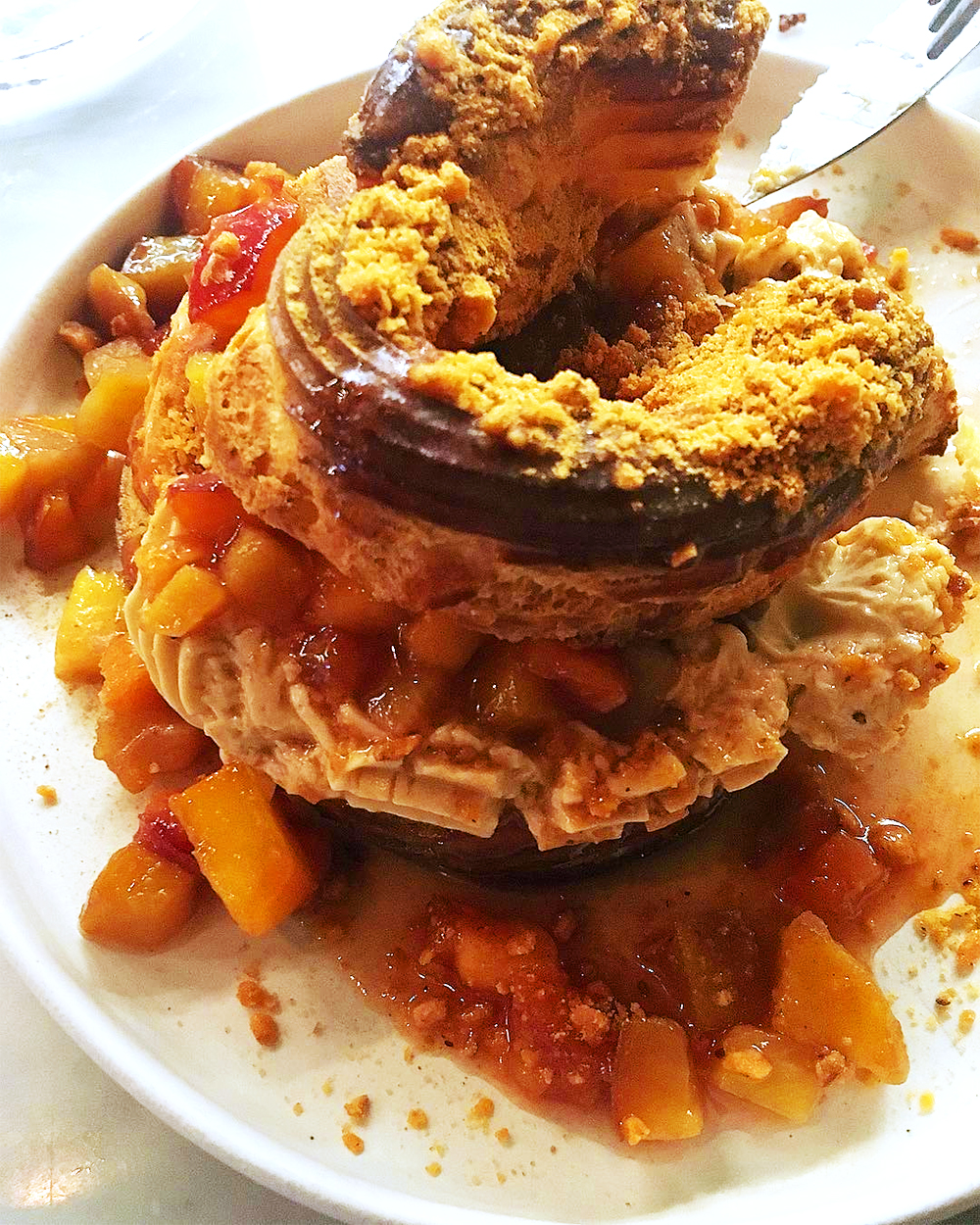 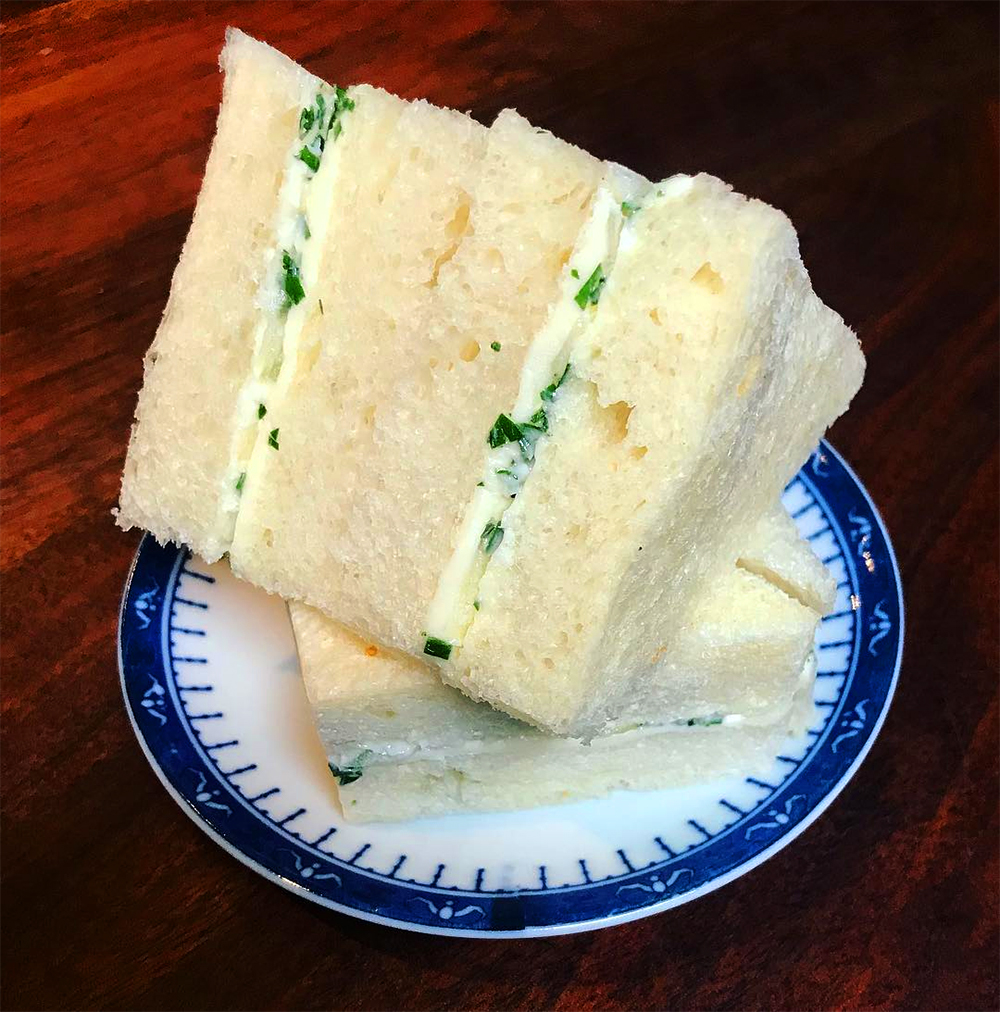 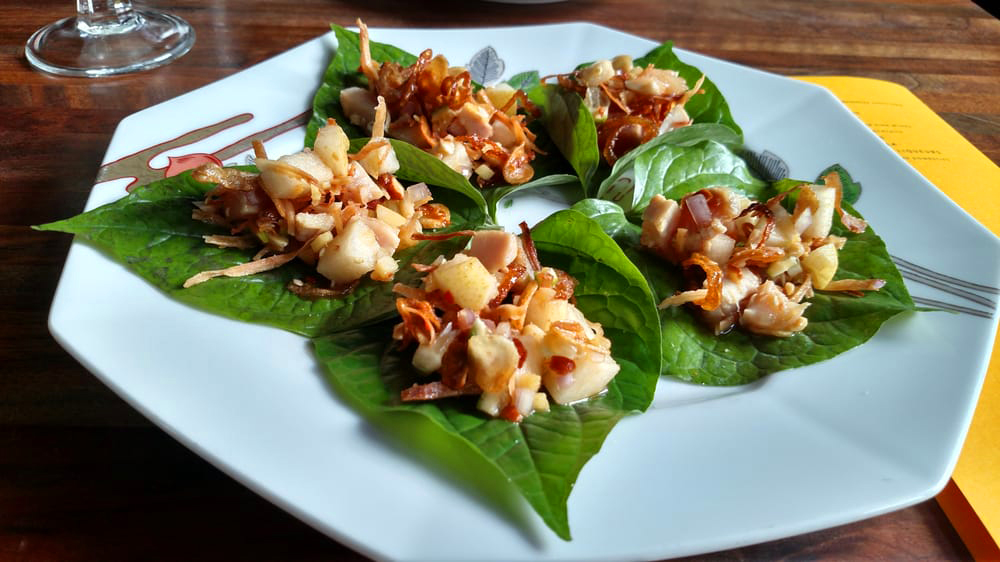 ^ New rule: If you use a leaf or, like, a thin slice of jicama as the base of a taco, you cannot call it a "taco."

(Hunnymilk) serves a $22 prix fixe brunch. Choose one drink, one savoury dish, and one sweet dish. 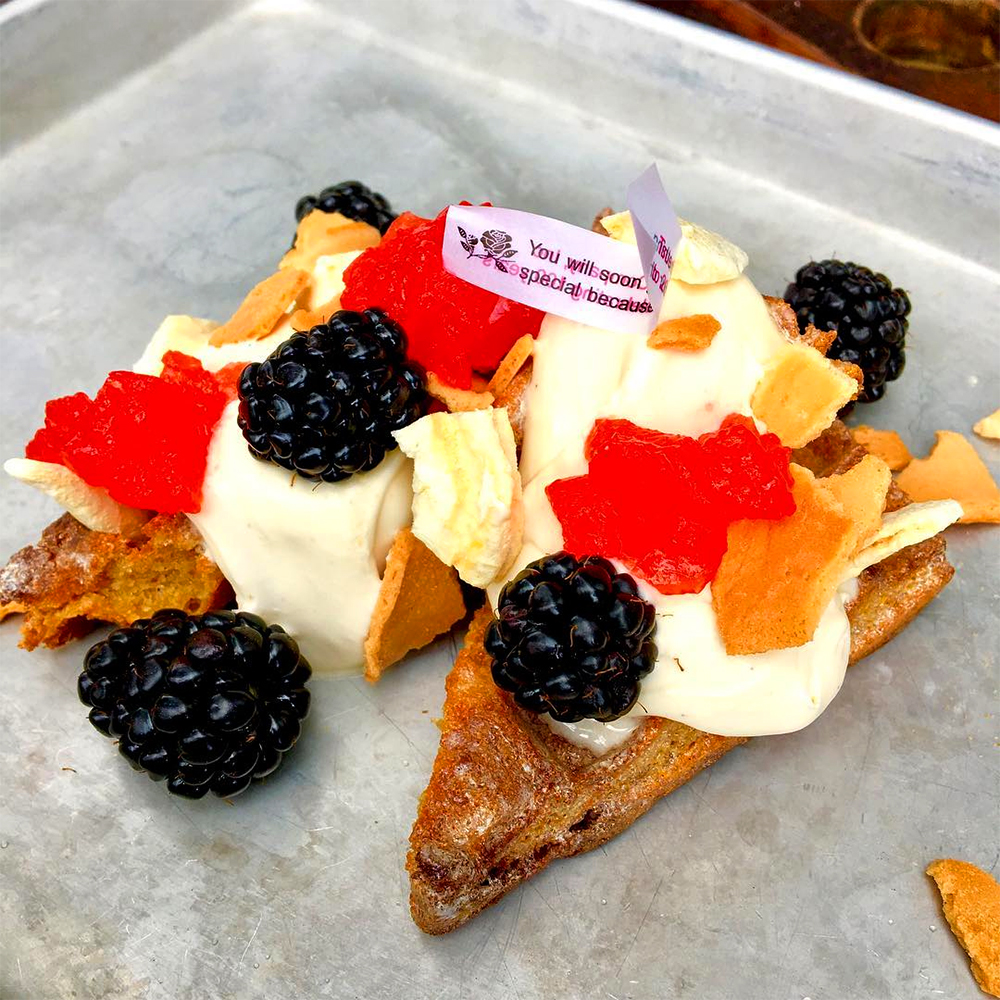 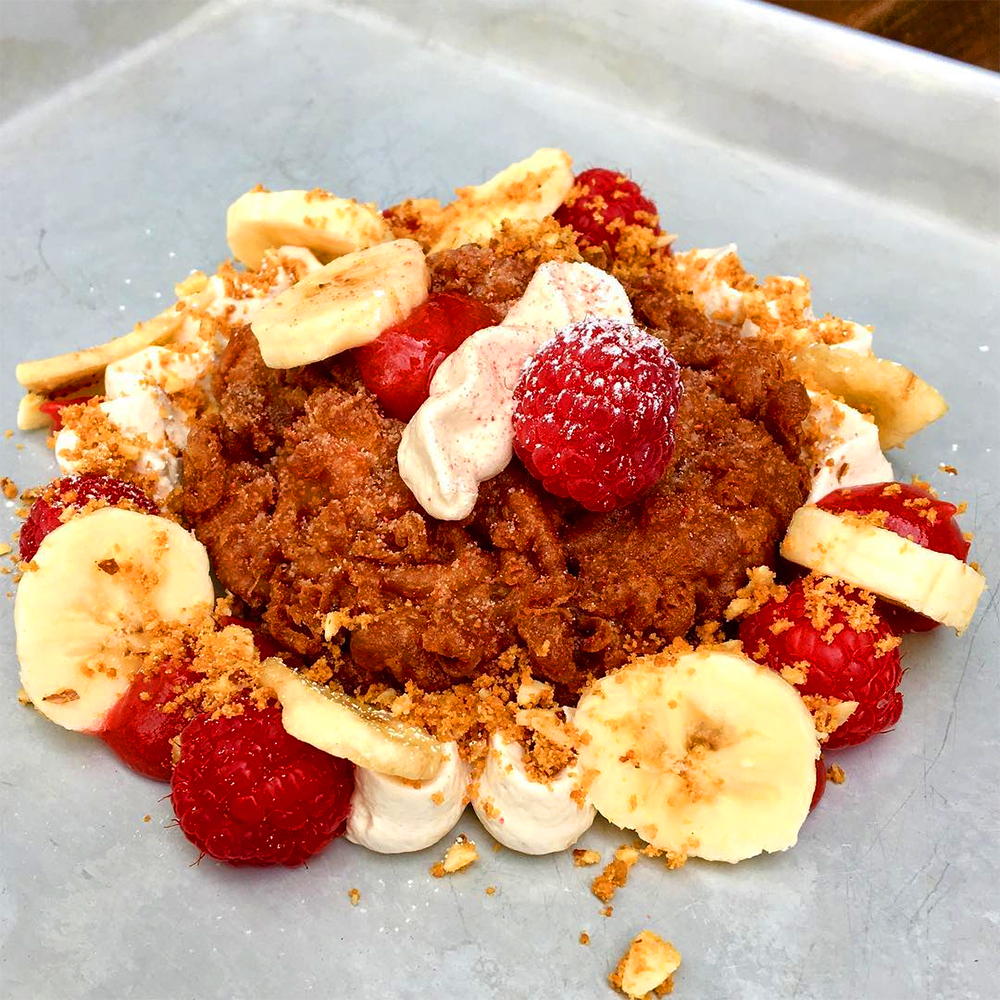 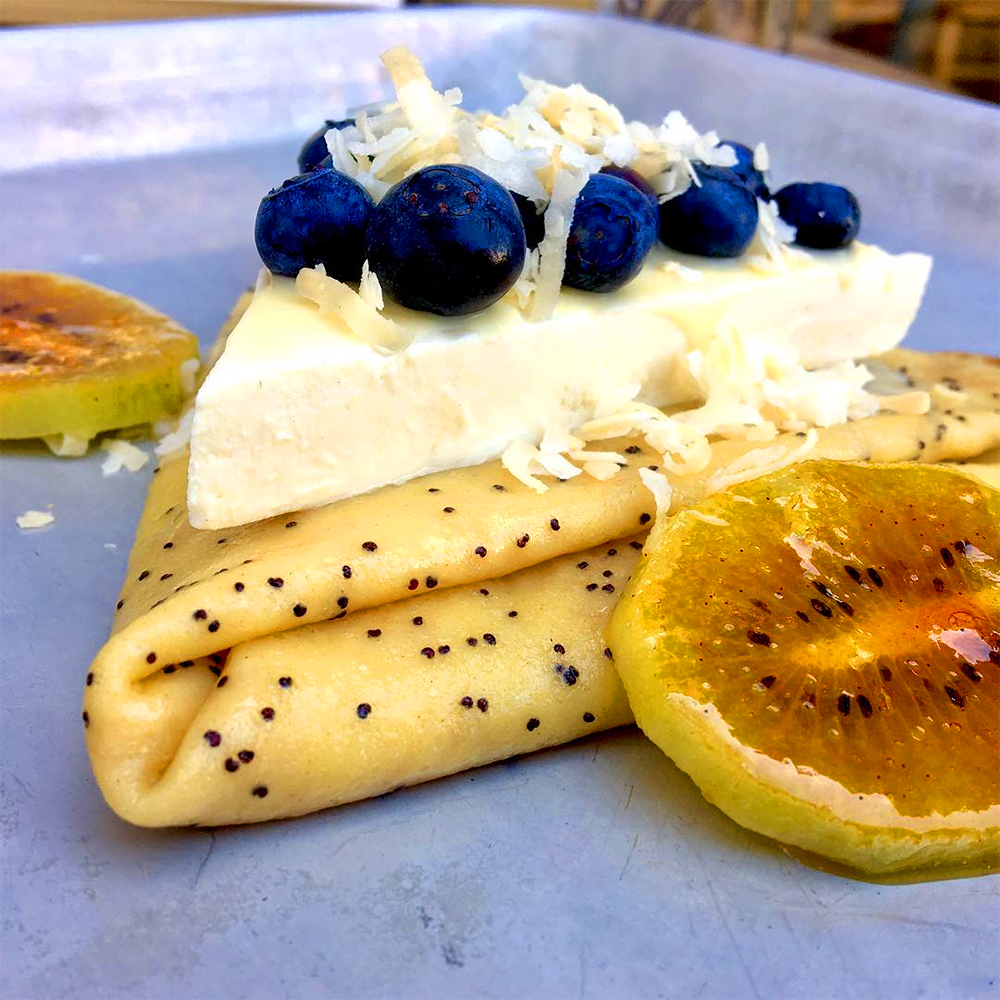 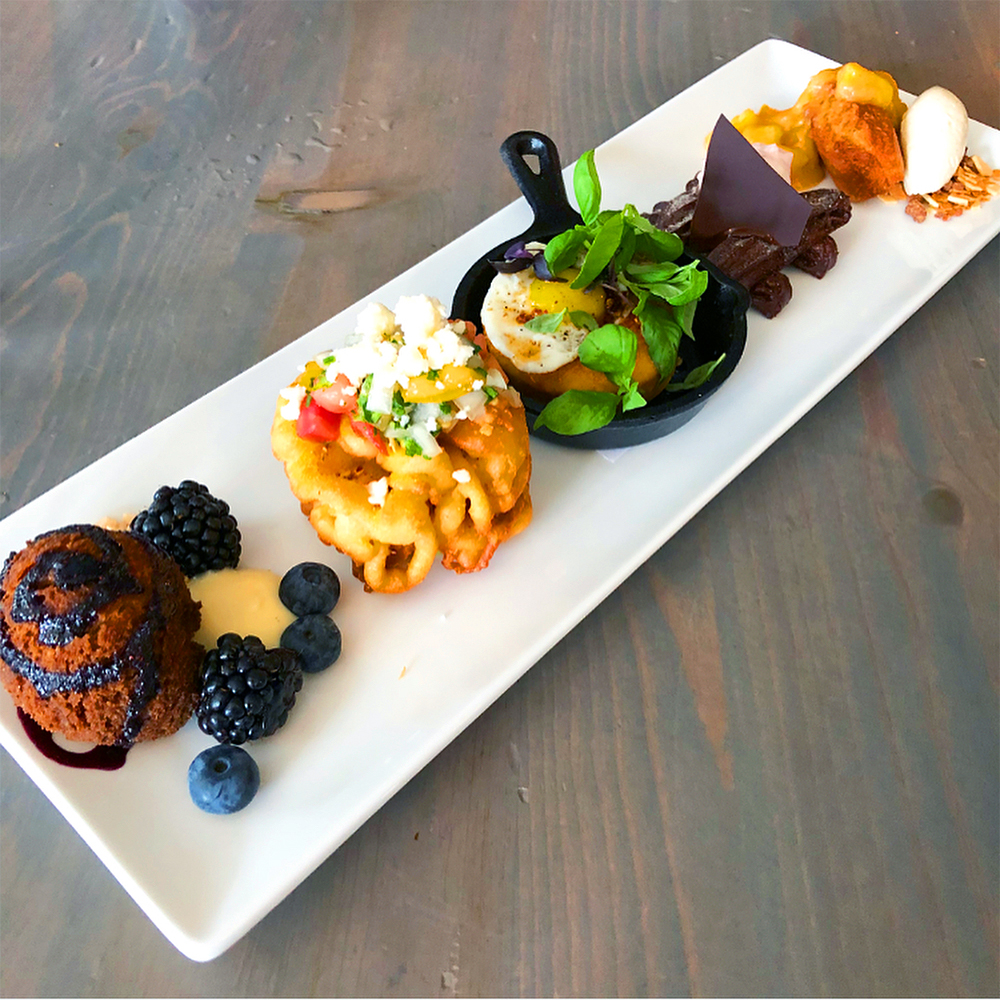 PB&J Fries (Potato Champion)
fries topped with satay sauce and a smoky chipotle raspberry jam
—Its portion size should be halved. It's too much. 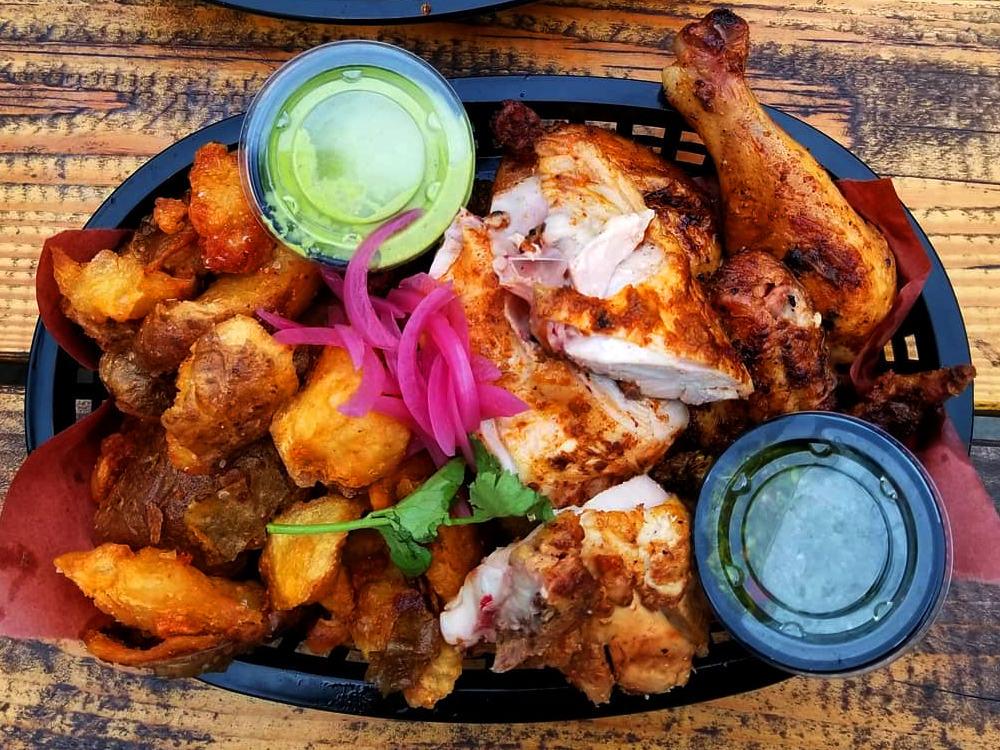 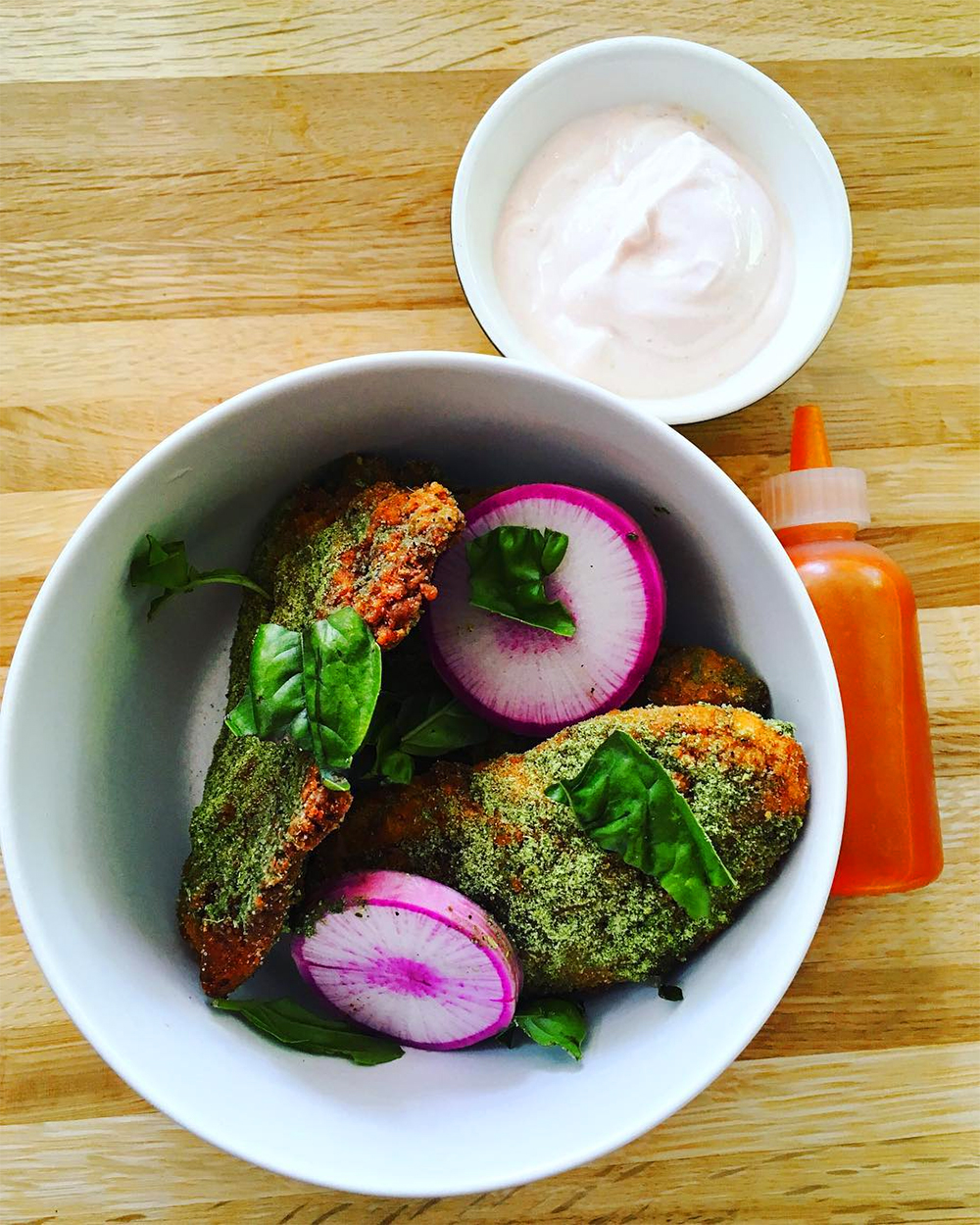 ^ Boneless. The green Szechuan peppercorn seasoning could have been numbier. 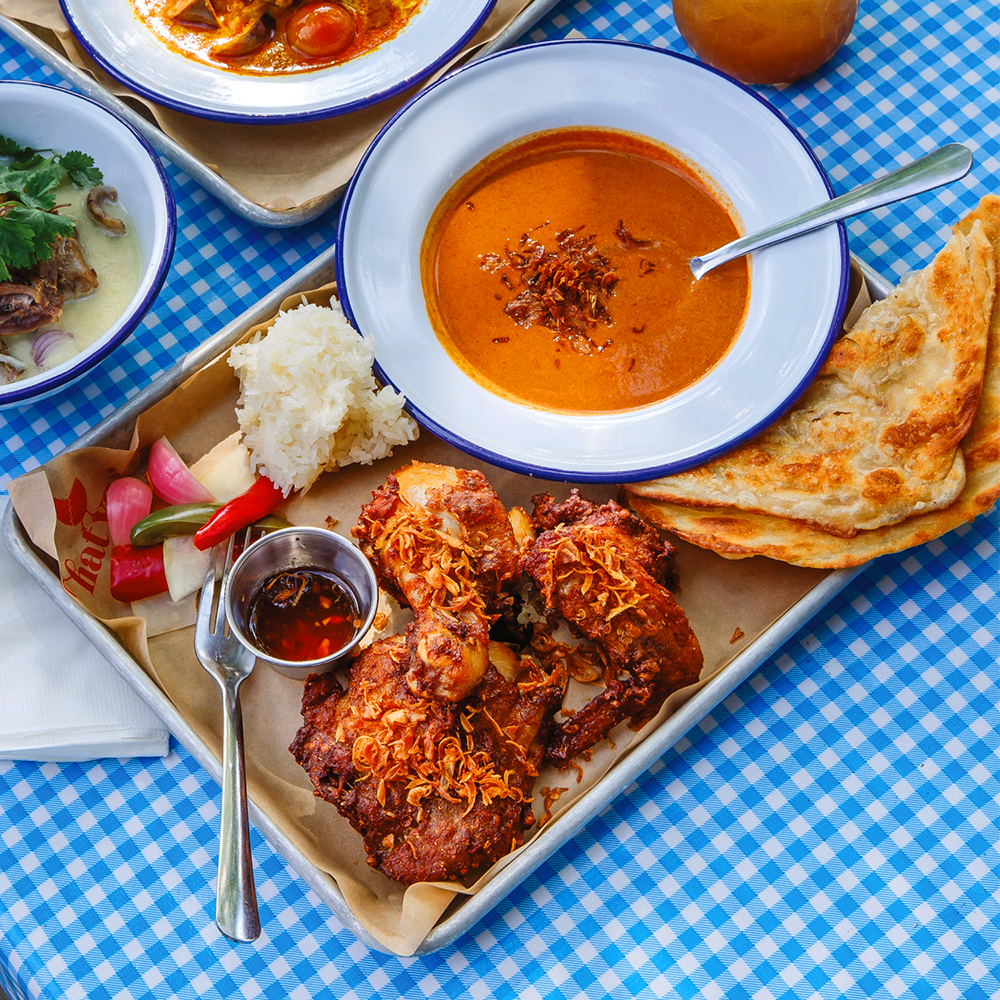 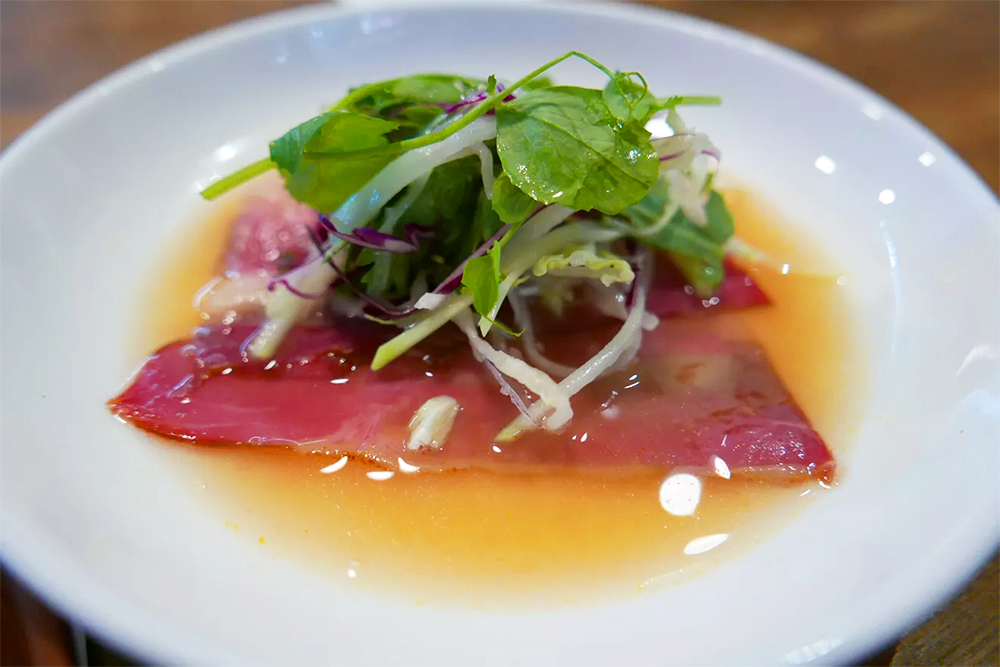 ^ The kitchen accidentally made an extra one of this and blessed me with it gratis. 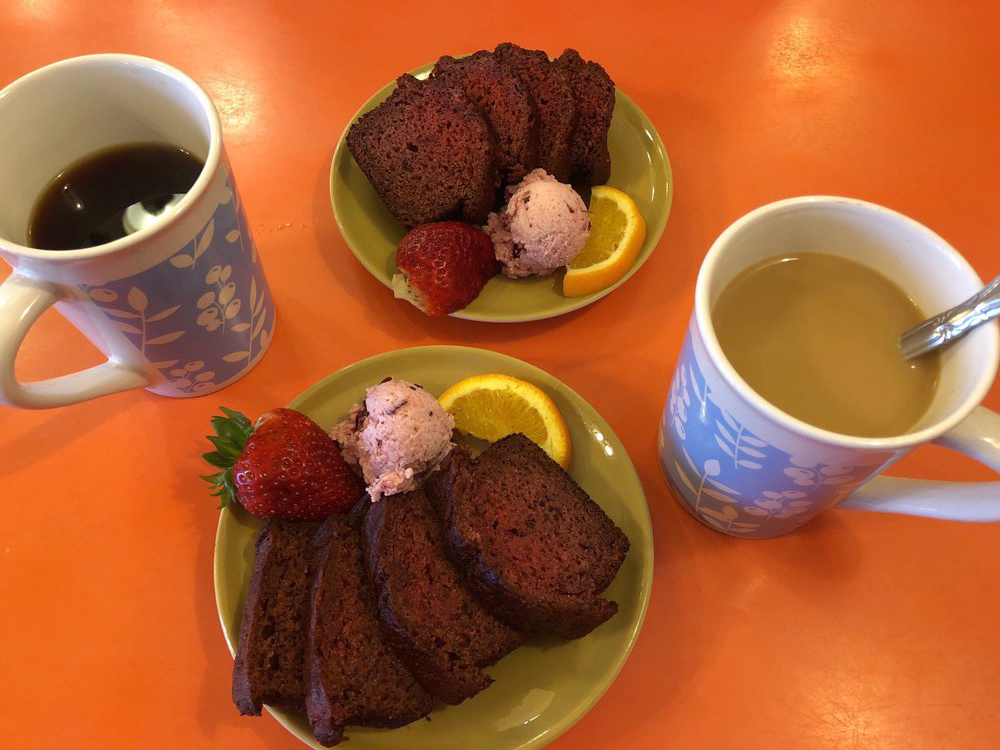 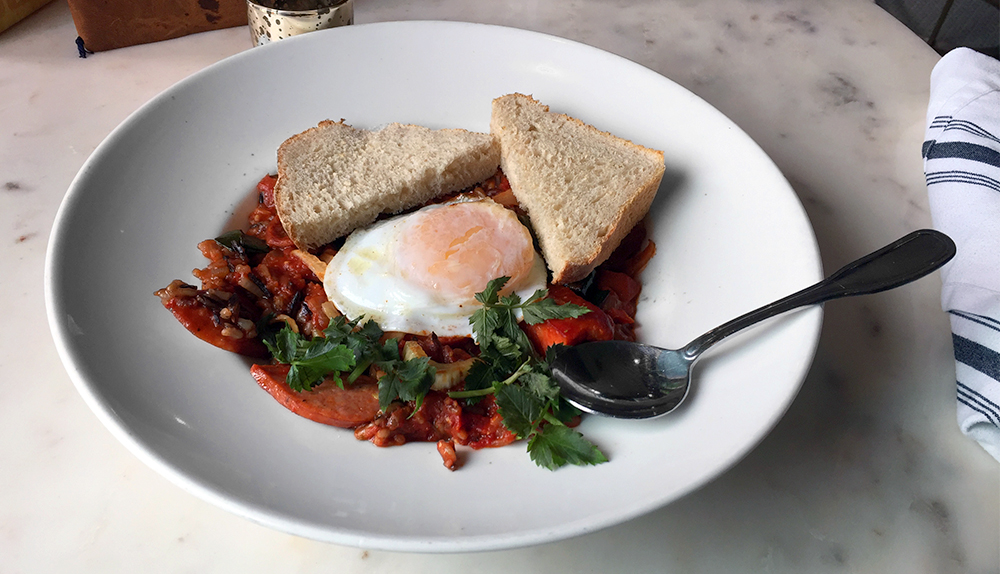 Never mind the egg on top or its paltry amount of rice, how does a seaside restaurant not put SHRIMP in a jambalaya? 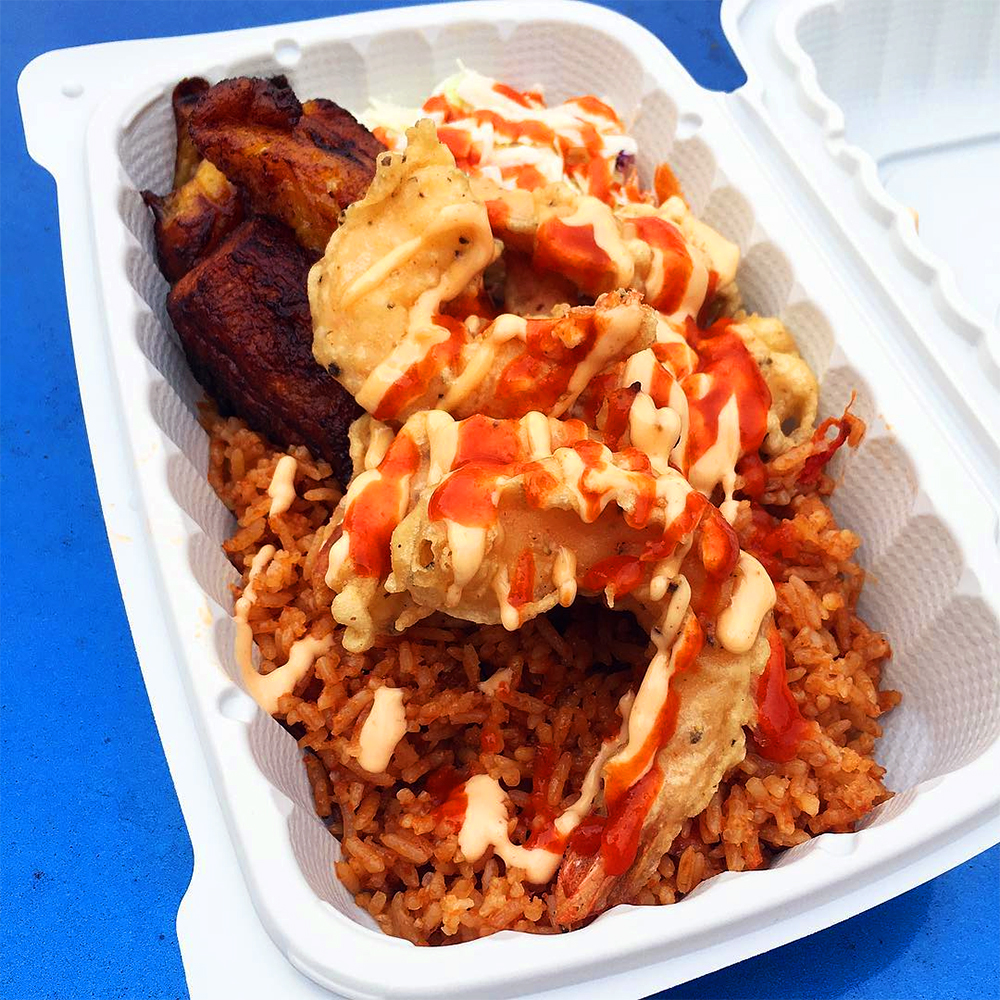 Jollof rice was described to me as "jambalaya's grandmother," but it reminded me of Taiwanese sticky rice [yóu fàn] – which I also like.

I was surprised to learn that (Trap Kitchen), founded in Compton by a Crip and a Blood, has a satellite location in Portland, of all places. 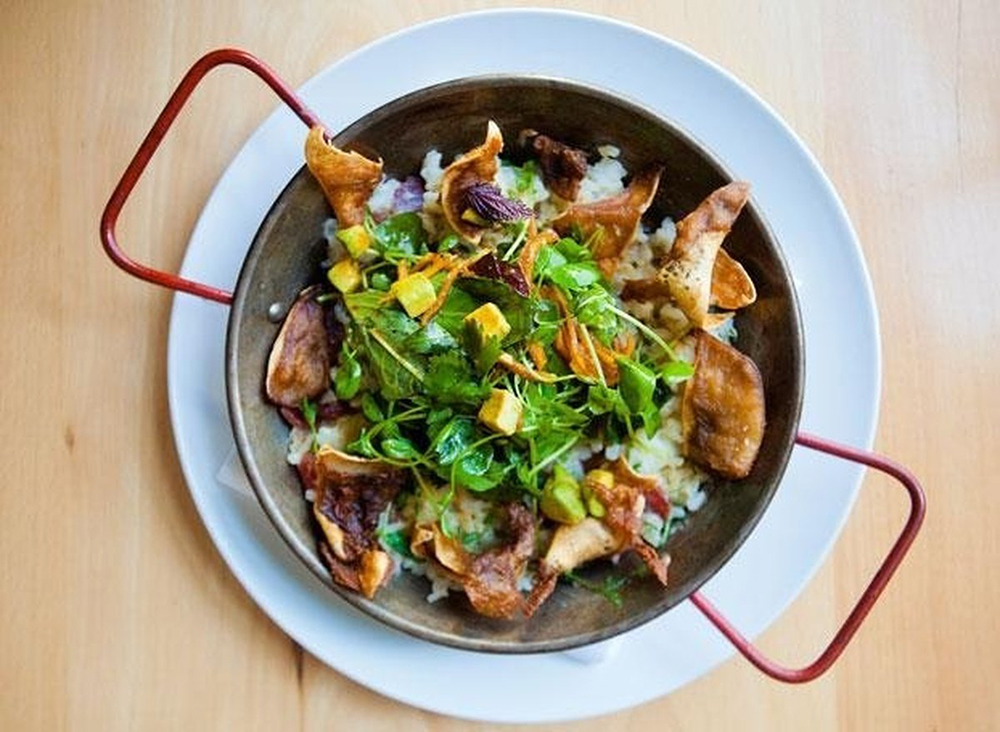 The pig ear could have been crispier.

(Deadshot) had annoyingly just replaced its Pig Ear Nachos with puffed tendon nachos when I visited. 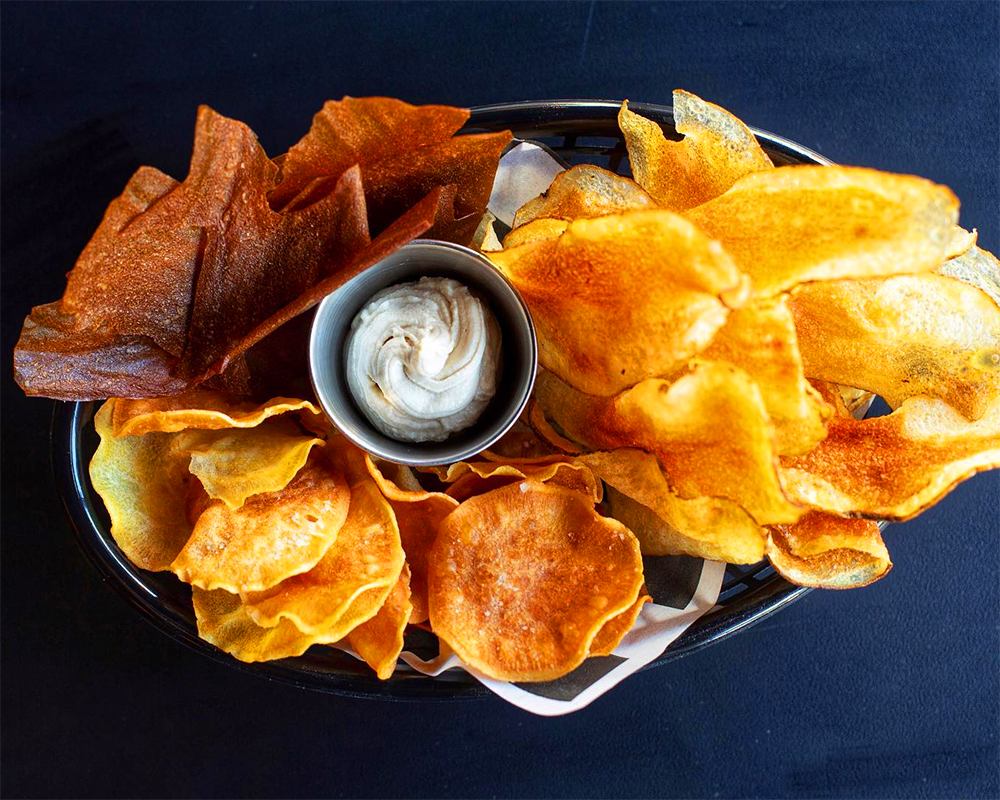 ^ My first encounter with chips made out of what I assume is puréed caramelized onion [upper left]. 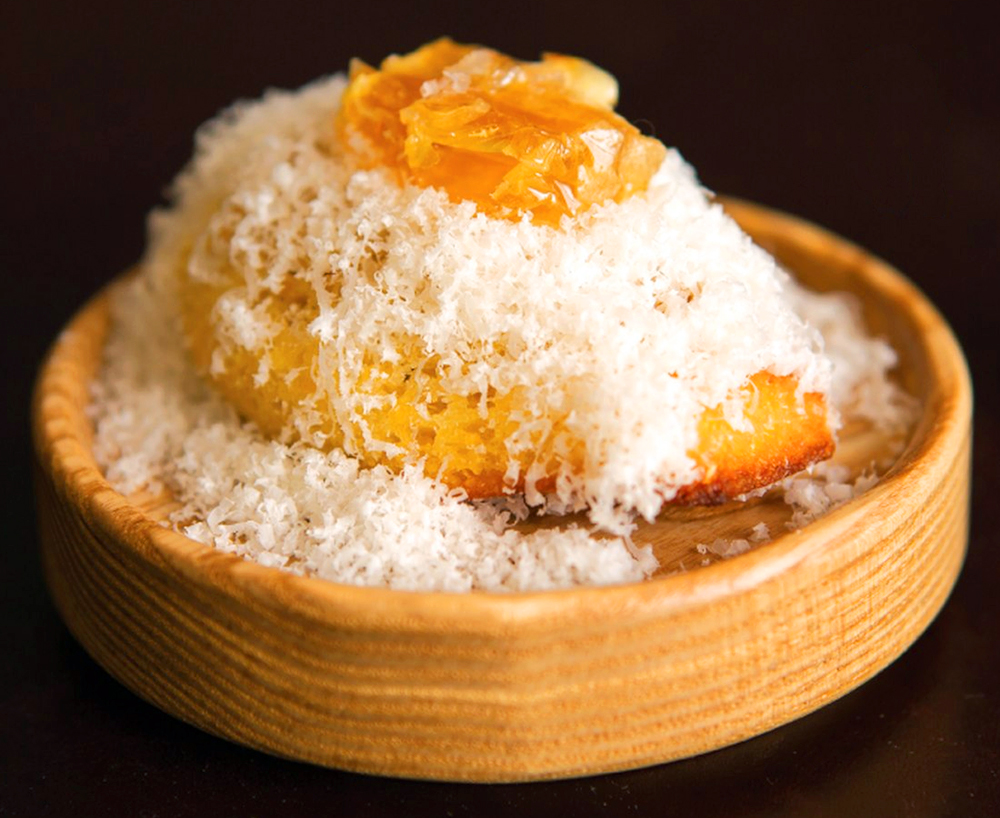 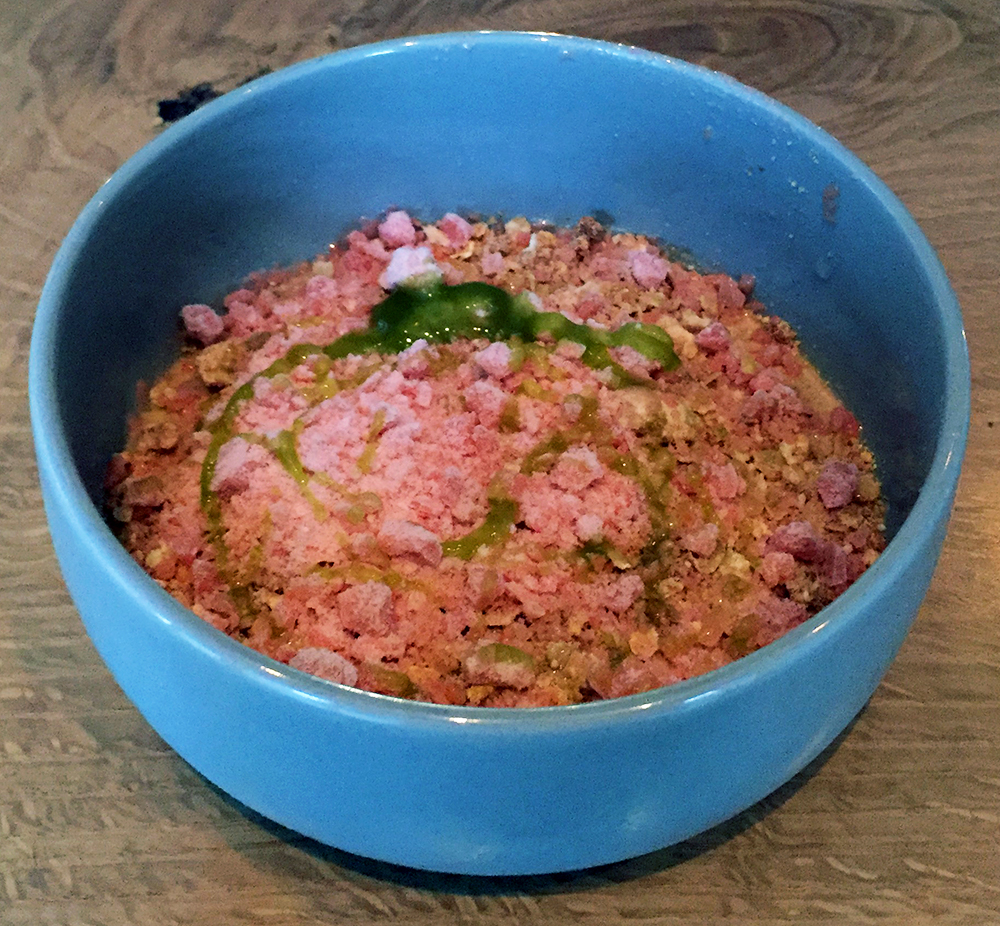 Carrot Cake Batter and Pralined Hazelnuts Ice Cream (Salt and Straw)
we shred and roast fresh, sweet carrots into a creamy spiced ice cream with a hint of molasses, then mix in crunchy, candied hazelnuts and a swirl of cheesecake frosting
—(Salt and Straw)'s August theme was "Eat Your Vegetables." Alas, its Portland locations didn't offer its San Francisco locations' Melon and Capicola flavour. 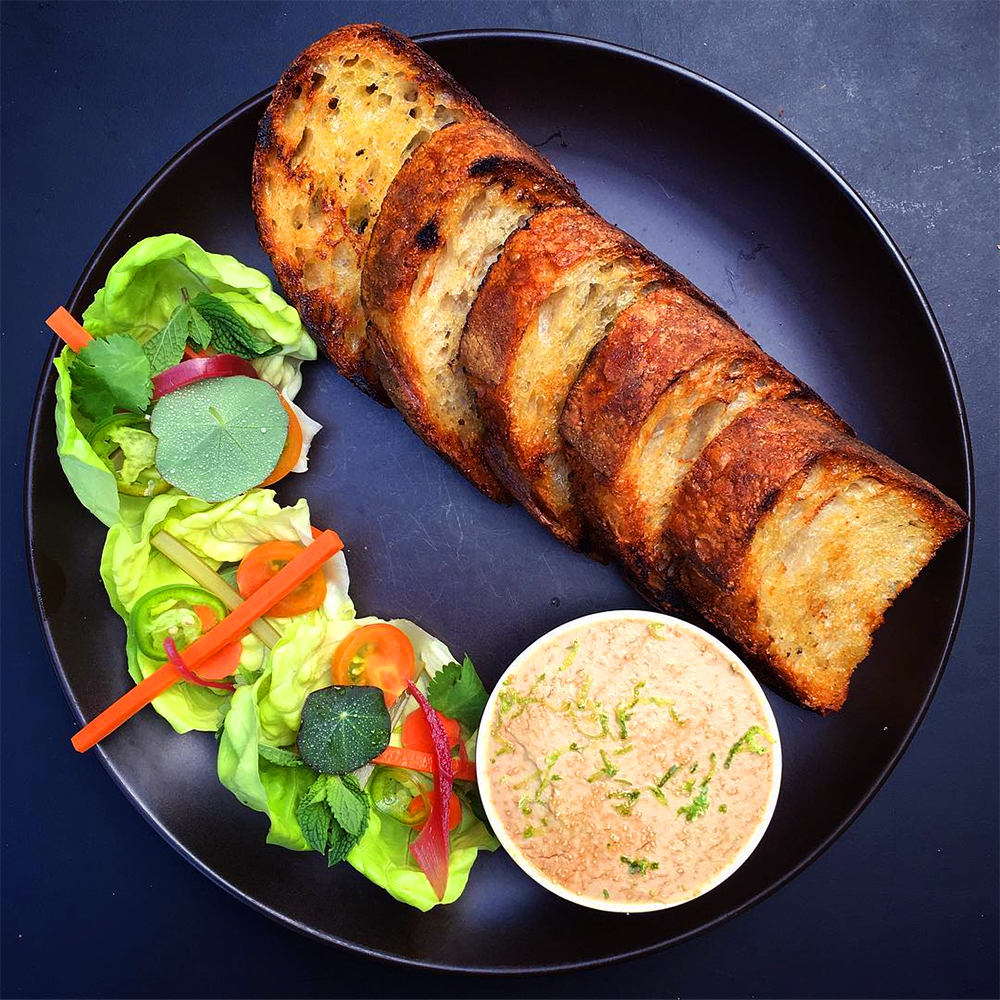 Burnt Beets, Steak Tartare, Koji, Scallions (OK Omens)
—Burnt beets on a bed of steak tartare? What were they thinking? 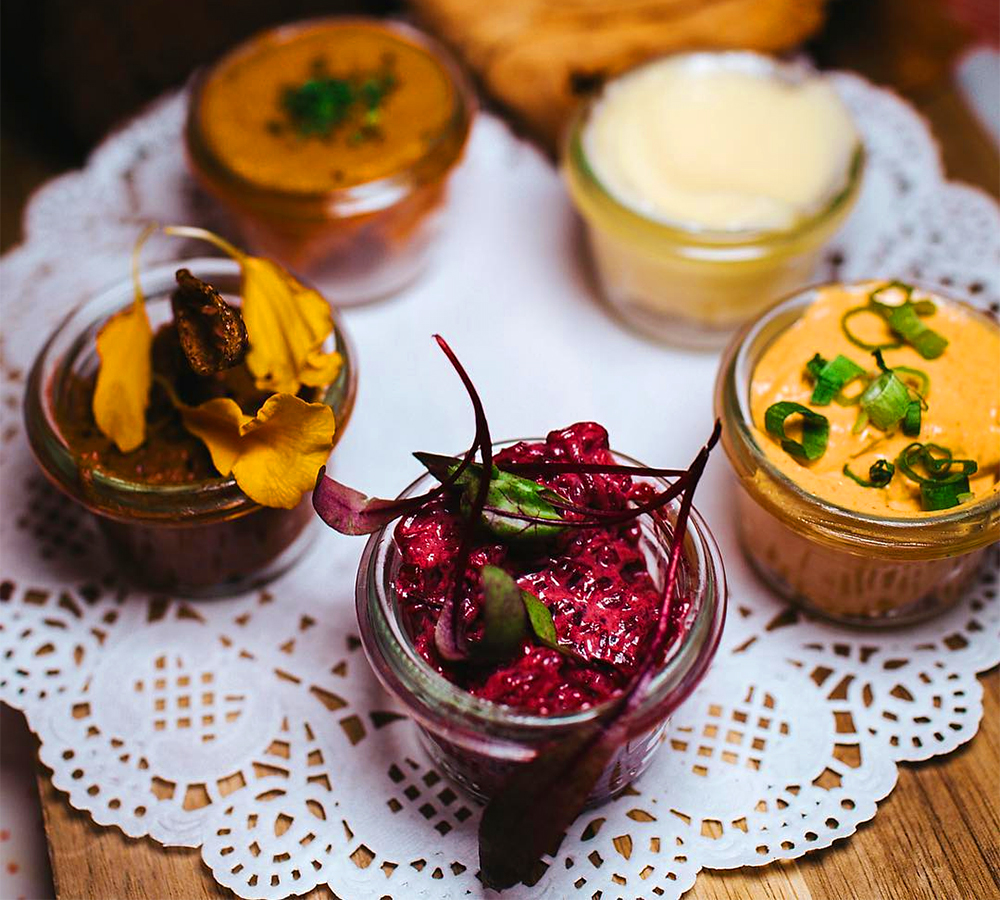 ^ In Russia, "caviar" doesn't just mean "fish eggs." There is a whole tradition of vegetable caviars – beets, eggplants, or mushrooms, all finely minced. 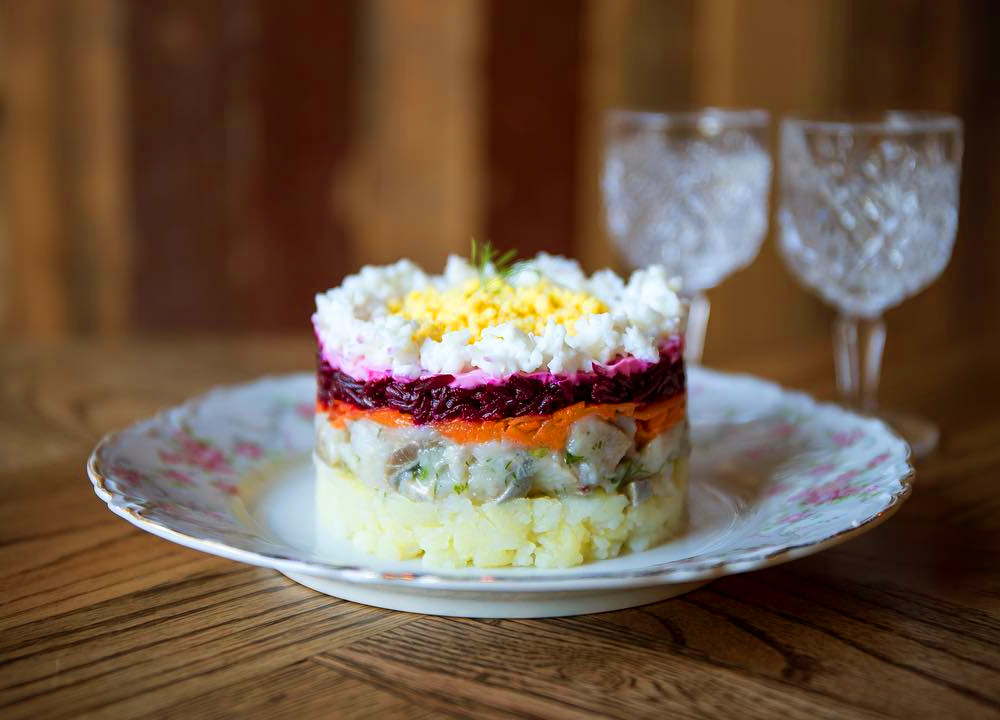 The potato could have been softer.

Coffee Mocktails (Either/Or)
—"By using coffee in various ways, we mimic a similar profile to the alcoholic component." 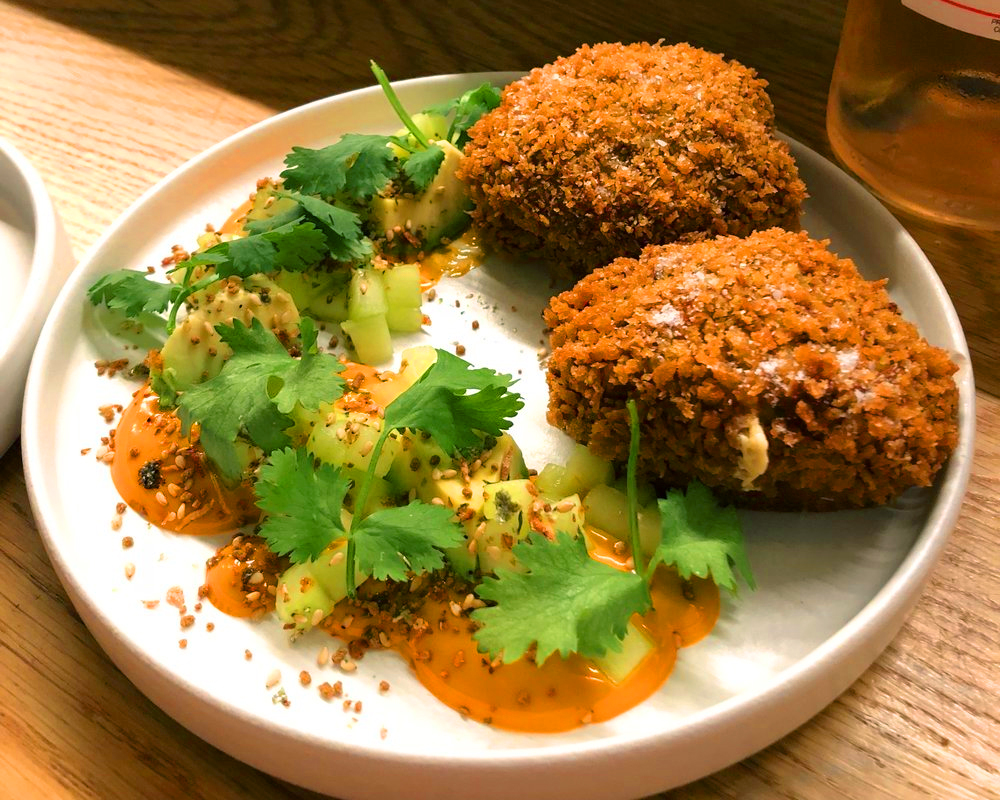 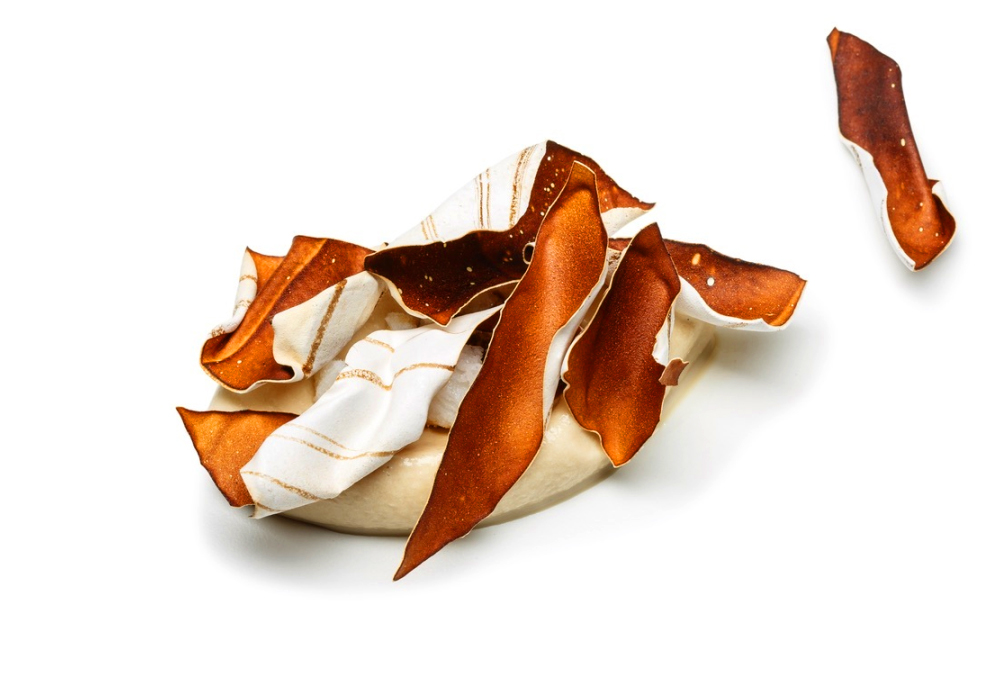 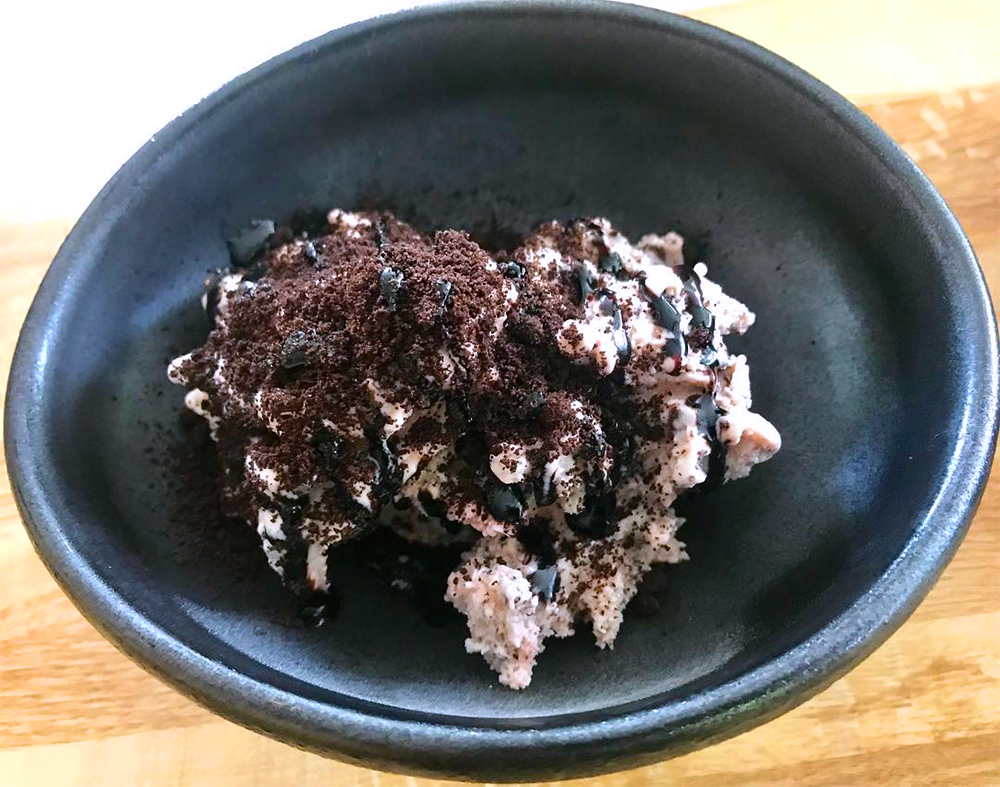